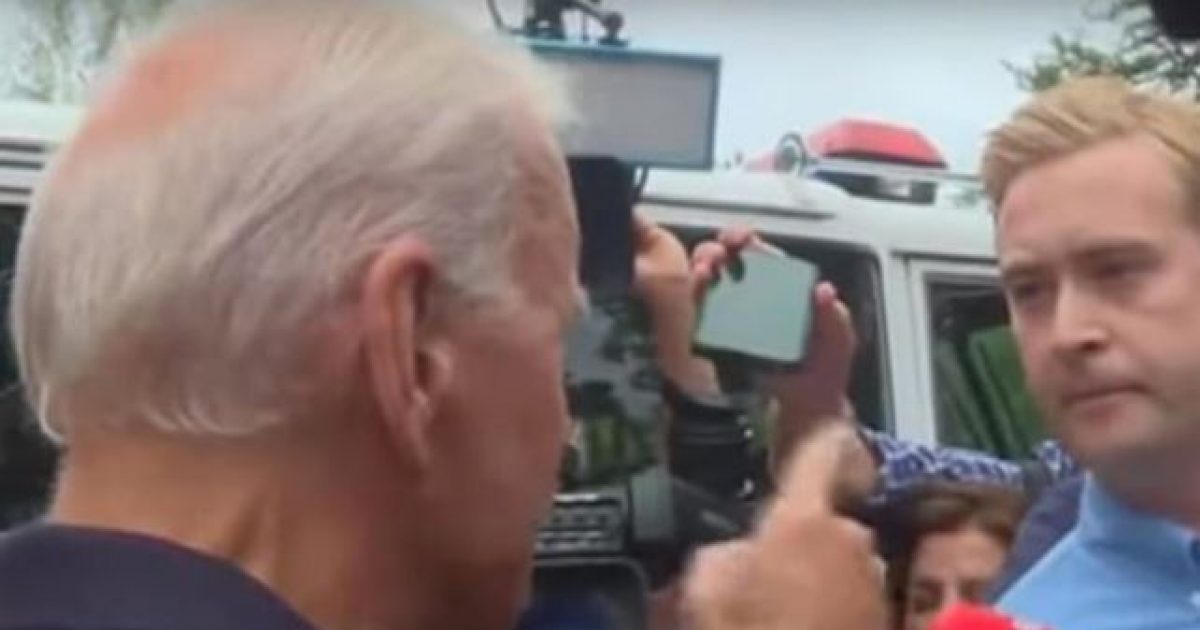 Fox News reporter Peter Doocy got former Vice President Joe Biden to go on a rant by asking him one simple question.

“How many times have you spoken to your son about his overseas business dealings?” Doocy asked the Democrat presidential candidate.

“I have never spoken to my son about those,” he said before starting his rant in which he had a meltdown.

“Here is what I know. I know Trump deserves to be investigated. He is violating every basic norm of a president.”

“He is doing this because he knows I will beat him like a drum and he is using his abuse of power and every almost element of the presidency to try to do something to smear me.”

“Depending on what the House finds, he could be impeached, but I’m not making that judgement now, the House should investigate it.”

“It appears to be an overwhelming abuse of power. To get on the phone with a foreign leader looking for help from the United States.

“And asking about me, and implying things. We know that’s what Giuliani did, this is outrageous,” the former vice president said.

Another reporter asked the former vice president how he felt about his family being brought into the race in the way it has.

“He abuses power everywhere he can, he sees any threat to his staying in power he will do whatever he has to do, but this crosses the line,” he said.

Here’s another version from FOX News:

If Biden and his son Hunter Biden did nothing inappropriate why are they so concerned about the president looking into it.

During the hearings for Supreme Court Justice Brett Kavanaugh Democrats kept asking why Republicans were afraid of an investigation. They should ask the same question of Biden.