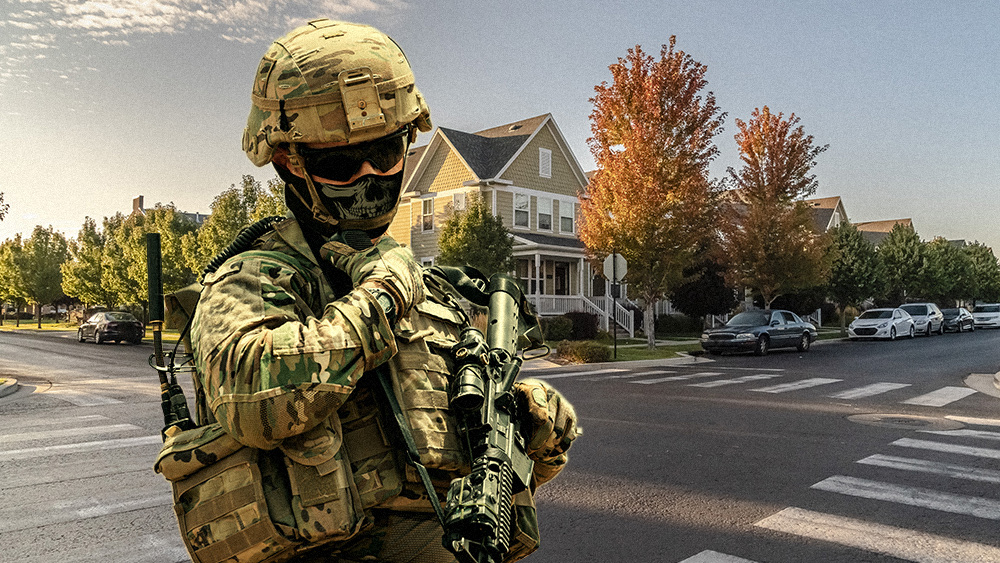 (Natural News) The Biden regime, which is essentially Barack Obama’s third term, is moving closer to transforming the U.S. military, once filled with patriots who despise left-wing authoritarianism, into a force replete with Marxist wannabes whose primary mission is eliminating conservative political opposition.

The evidence can be seen in the details of the current National Defense Authorization Act (NDAA), the annual Pentagon funding bill.

For example, there is an entire section (Chapter 89) on “countering extremism,” which — since the Jan. 6 false flag attack on the U.S. Capitol — means ‘right-leaning, conservative Trump supporters.’

First of all, the NDAA establishes a new “Office of Countering Extremism,” with a director appointed by the secretary of defense under consultations with the Homeland Security secretary:

(b) Duties.–The Director shall– “(1) be responsible for policy of countering extremism within the armed forces; “(2) in coordination with the Secretaries of the military departments, develop and implement programs, resources, and activities to counter extremism within the armed forces; “(3) establish policies to ensure adequate protection, transparency of process, and availability of resources for individuals who report incidents of extremism; “(4) facilitate and coordinate with the Secretaries of the military departments, law enforcement organizations, security organizations, and insider threat programs in the armed forces; “(5) engage and interact with, and solicit recommendations from, outside experts on extremism…

Until the Biden regime, there wasn’t an “extremist” problem within the U.S. military, but suddenly now that the left-wing wokesters are in charge, it’s so bad there needs to be a new office created just to ‘combat’ it.

Again, in today’s Democratic political vernacular, “extremist” is anyone with a conservative view on any issue (imagine anyone in uniform speaking up in favor of the recent Supreme Court ruling overturning Roe v. Wade; to the Democrat-run military, that is an extreme view that is somehow unconstitutional, despite the fact that the justices found no constitutional ‘right’ to get an abortion).

First and foremost, it is completely against all existing military procedures for “reporting outside the chain of command.” The military hierarchy is literally based on a chain of command, and when enlisted personnel or officers go outside of it, the punishment can often be severe and career-ending.

But note the urgency in this section: Biden’s Pentagon is going to spend precious tax dollars standing up an ‘Office of Countering Extremism’ and then on materials to train personnel on ‘how to spot it’ supposedly (again, this will be all right-leaning views and behaviors) while Russia and China use their resources to build next-gen weapons capable of defeating us.

Finally, there is a provision in Chapter 89 that aims to essentially build a left-wing force of Democrat-abiding drones: The prohibition of “an individual who engages in extremist activities or is a member of an extremist organization” from serving “as a member of the armed forces.”

Potential recruits who regularly attend Christian church, or who may have belonged to a college Republican organization or the Boy Scouts, or hold traditional beliefs will be banned from serving.

The regime is creating a nightmare situation with our military in which more than half the country will be politically persecuted.