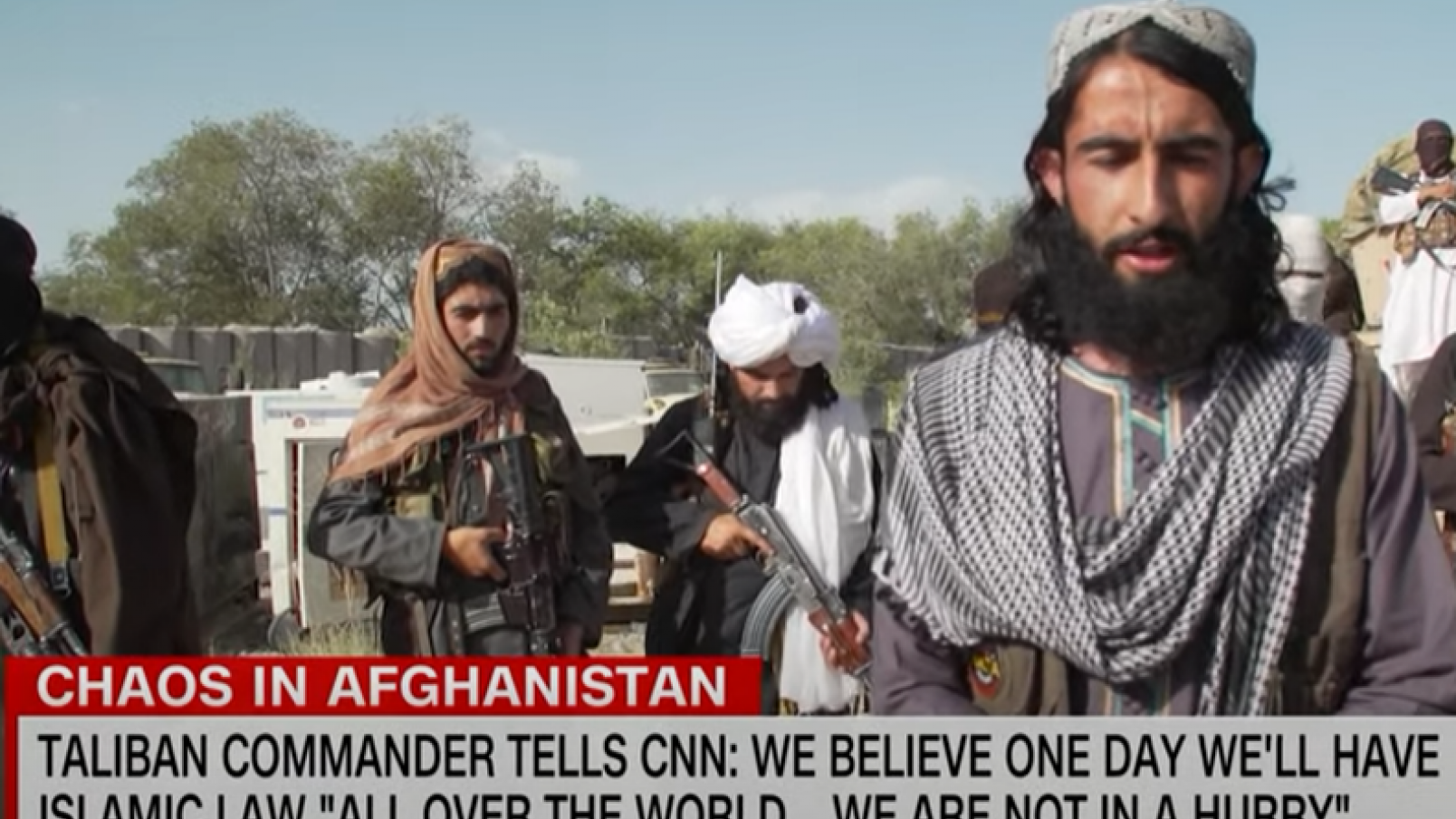 I predicted that when the Taliban take Afghanistan, money will keep flowing to the Jihadist group under the guise of humanitarian aid.

On August 17, I asked, “How Long Until Biden Starts Funding the Taliban?”

Read between the lines and you understand that we’re going to be enabling the funding of terrorism. As Churchill once said, “it’s just a matter of the price.”

But we’ll be deep in it before long via the “humanitarian aid” channels.

Despite all the assurances, the money will end up in the hands of the Taliban and help shore up their rule.

Understand that this is not a question of ‘if’ this will happen, but when.

Aid groups will function under the Taliban, they will pay protection money to them (while swearing up and down on a stack of Das Kapitals that they’re not) and we’ll end up funding them.

On August 20, I elaborated how this would work.

Maintaining a humanitarian crisis in Afghanistan will lead to a flow of foreign aid to the Taliban.

Western nations, faced with the threat of millions of migrants showing up on their doorsteps, will be happy, after a few initial protests, to pay off the Taliban, overtly or covertly, to slow the flood. While the aid organizations swear up and down that none of the money is going to the Taliban, it is impossible to operate in a terror state without paying protection money to the terrorists.

Doing any kind of business in Afghanistan will mean doing business with the Taliban.

The Biden administration isn’t waiting anywhere near that long. It’s official, “humanitarian aid” will keep flowing to the Taliban.

The United States is taking steps to allow humanitarian work to continue in Afghanistan despite U.S. sanctions on the Taliban, which seized power 11 days ago.

“We are taking steps to allow for humanitarian aid to continue in a way that benefits the Afghan people,” the official said, adding that Biden discussed the humanitarian assistance with fellow G7 leaders.

U.N. spokesman Stephane Dujarric said on Thursday that all countries must ensure that any sanctions or counterterrorism measures comply with international humanitarian and rights law, and do not impede the impartial humanitarian activities.

The Taliban have said they will respect human rights and will not allow terrorists to operate from the country. The group has also encouraged aid organizations to continue their work, saying aid was welcome as long as it was not used as a means of political influence over Afghanistan.

Aid is also a means of putting money in the pockets of the Taliban.

Aid groups operating in areas controlled by terrorists pay them protection money, provide them with supplies for their fighters and supporters, or do business with them in various ways.

We know that the Taliban were already doing it.

The Taliban in Afghanistan are becoming what one think-tank calls a “government in waiting,” taxing individuals in the provinces and extending a kind of regulatory jurisdiction over medical clinics and other public institutions.

Now they are attempting to tax and control the activities of NGOs, including international aid agencies…

This past spring, Taliban representatives, not just in Kandahar but also around the country, began asking demining and other NGOs to register with their own NGO commission, and to share the details of the finances of their projects…

In November, the UN’s Office for Co-ordination of Humanitarian Affairs said in its weekly report that, “There is increasing evidence that in different parts of the country demands by NSAGs (non-state armed groups) for illegal taxation from humanitarian agencies are becoming more formalized. Such demands violate humanitarian principles and cause delays in responding to life-saving needs of the affected people.”

Affected NGOs did not want to speak on the record for fear of Taliban retaliation against their workers, but they paint a picture of the Taliban increasing their influence over health clinics and schools as well as attempting to “tax” NGOs.

The extent of Taliban taxation and monitoring of NGOs varies, says one worker. Their own organization isn’t hassled that much because one of their managers has longstanding ties with the Taliban leadership, the worker said. Other NGOs have reportedly purchased equipment for Taliban medical clinics, or hired workers suggested by the Taliban.

Some NGOs say they are struggling to come up with a strategy for working in Taliban-controlled areas. Most government funding comes with rules that should prevent money from going to the Taliban or other anti-government groups.

That’s not a problem though because the Taliban, like other Jihadist groups, including Hamas, have sophisticated strategies for milking NGOs.

You can track if payments are going directly to the Taliban, but tracking the vendors that provide medical equipment and then make payoffs to the Taliban, or how many of the workers are actually Taliban people, is a mostly hopeless task.

And now that the Taliban are in charge, that kind of tracking won’t happen.

Even though the media reported on this two years ago, it will suppress any such concerns now, and insist vocally that the need to stop famine and disease in Afghanistan are far more urgent than preventing the Taliban from taxing aid groups.