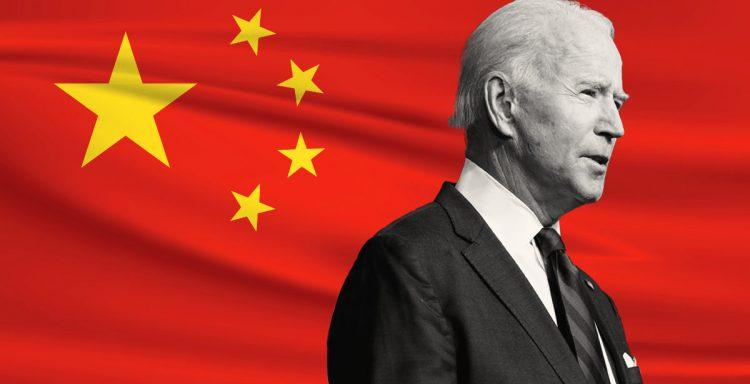 CCP in the White House. They own the demented segregationist. Hell, they own the party.

President Joe Biden’s nominee to be the next director of the CIA, William Burns, was the president of a think tank that reportedly took millions of dollars from entities linked to the Chinese Communist Party.

“As president of the Carnegie Endowment for International Peace, Burns also invited nearly a dozen congressional staffers to attend a junket to China, where they met with a communist party operative and a president of a Chinese front group,” The Daily Caller News Foundation reported. “Burns, who was paid $540,580 last year as president of Carnegie, will appear before the Senate Intelligence Committee for a confirmation hearing likely to be held this month.”

The think tank also received funding from the China-United States Exchange Foundation (CUSEF), a Hong Kong-based think tank that has reportedly come under scrutiny in recent years over its ties to China’s communist government.

“CUSEF donated between $100,000 and $249,999 to Carnegie in 2015 and the same amount between July 1, 2016, through June 30, 2017, according to archived versions of Carnegie’s donor page,” the report said. “According to the Jamestown Foundation, a Washington, D.C.-based think tank led by retired U.S. intelligence officials, CUSEF is ‘a major player in the Chinese Communist Party (CCP)’s organizational apparatus for conducting united front work in the United States.””

Carnegie Endowment for International Peace has a big footprint in China for a US think tank. Its experts and officials also often appear on CGTN, the state-run news org.

Jake Sullivan criticized Trump in a CGTN interview in 2017, when he was w/ Carnegie https://t.co/RIkqQNy5KP

The news comes as the Biden administration has faced mounting pressure over whether it will confront communist China over a wide range of issues. Biden has repeatedly downplayed the threat China poses to the United States and even repeatedly refused to call China an “opponent” during an appearance on CNN last year.

During an interview that aired in-part on Sunday, Biden praised Chinese President Xi Jinping, saying that he was “very bright.”

“He’s very tough. He doesn’t have – and I don’t mean it as a criticism, just the reality, he doesn’t have a democratic, small-D, bone in his body,” Biden said. “But … the question is, I’ve said to him all along, that we need not have a conflict.”