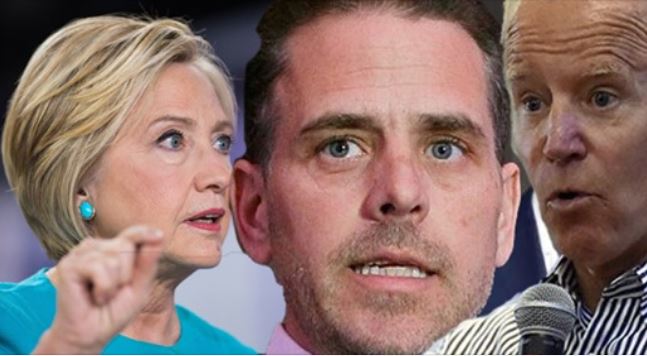 Opinion| Lawrence David| A ‘defrauded’ investor named Joel Caplan claims to have been defrauded out of his life’s savings by Chinese companies and that former Vice President Joe Biden’s son Hunter Biden’s bank records can unlock the mystery surrounding billions of dollars that have gone missing in the communist country.

According to the DailyMail.com court papers show that Caplan requested Judge Don McSpadden make him a third party in Lunden Roberts’ suit against Biden. Lunden Roberts, a professional stripper, is Hunter’s baby mama.

(DailyMail.com) …in a 30-page filing, Caplan lays out how he was allegedly swindled out of 10 years of his life savings in a ‘multi-billion dollar stock scheme known as the China Hustle.

Caplan, who filed papers from Jerusalem, Israel, claims many Chinese nationals made fortunes from the ploy, which involved presenting fake company documents and claiming they were genuine investments when they were actual frauds.

Then they went on to use the ill-gotten gains to influence politics and even ‘bribe’ individuals, such as Biden, Caplan claims.

Biden: China is going to eat our lunch? Come on, man… I mean, you know, they’re not bad folks, folks. But guess what, they’re not competition for us.”

Another exclusive look at @SteveHiltonx’s interview with @realDonaldTrump where Steve asks the president about @JoeBiden’s ties to China – be sure to catch the full interview this Sunday at 9PM ET on @FoxNews! #NextRevFNC pic.twitter.com/66exg8bkUk

Caplan is asking Judge McSpadden to all investigators to ‘follow the money’ and present what they find as part of the evidence in the case.

If the judge grants Caplan’s request, we can speculate where this eventually leads.

(Capital Research) As president, Bill Clinton essentially wiped out any strategic advantage the U.S. had by selling advanced U.S. missile technology to our enemy, the People’s Republic of China.

That “administration’s voluntary release of all the secrets of America’s nuclear tests, combined with the systematic theft of the secrets that were left as a result of its lax security controls, effectively wiped out America’s technological edge,” David Horowitz writes in the recently published, The Black Book of the American Left Volume 7: The Left in Power: Clinton to Obama.

Unlike the administrations that preceded it, the Clinton administration accepted millions of dollars from the military and intelligence services of at least one hostile foreign power. All of this was done in exchange for illegal campaign contributions from a massive totalitarian country determined to eclipse the U.S. as a world superpower.

President Clinton also lifted security controls, allowing thieves to access other vital military technologies, while disarming his own side and opposing needed defenses.

“One of the key technological breaks China received, without having to spy to get it, was the deliverance of supercomputers once banned from export for security reasons,” writes Horowitz.