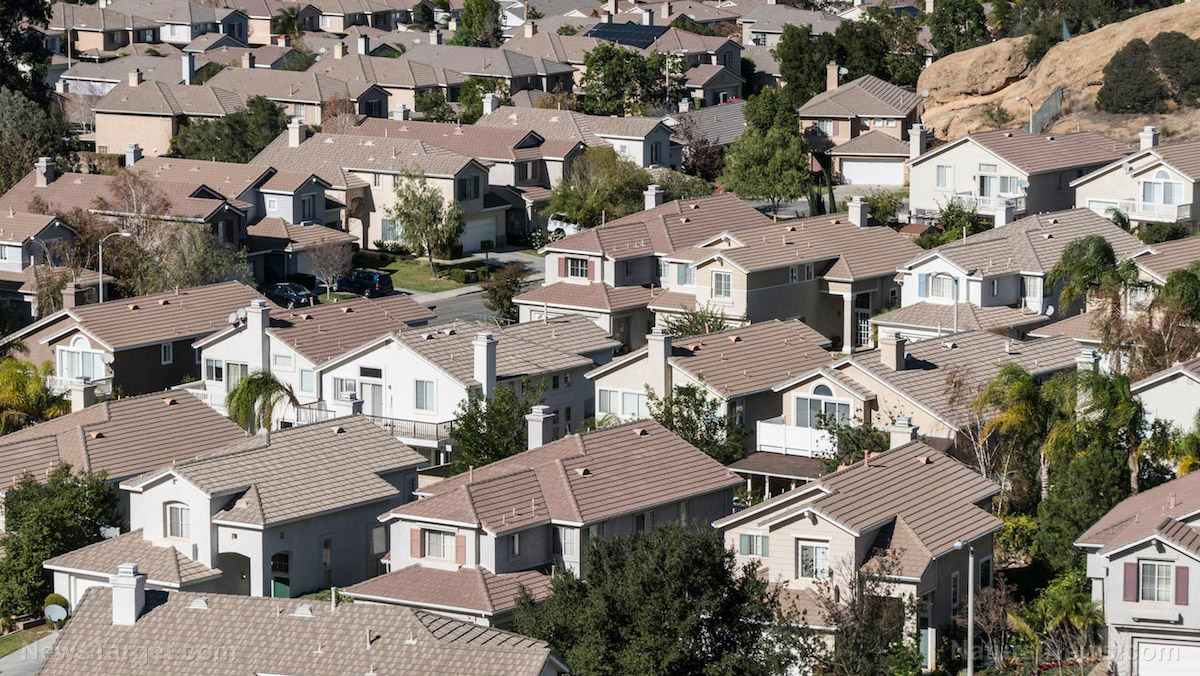 (Natural News) Americans are tired of all the inflation and economic chaos, which is why many of them – at least the ones who can afford to do so – are fleeing big cities in search of greener pastures.

According to the latest reports, more homebuyers are looking to leave San Francisco and the Bay Area right now compared to any other city – though Los Angeles, New York, Washington, D.C. and Boston are not far behind.

Redfin put together the data as part of a report, which found that net outflow, or the measure of how many people are looking to leave and area as opposed to moving into an area, is skyrocketing in many major American cities.

Because of its warm climate and supposedly less expensive housing, Miami is among the destinations with net inflow. Another is Portland, Maine, where buyers out of Boston are moving because “the typical home costs roughly $200,000 less.” (Related: Commercial real estate is also on fire, allegedly due to “coronavirus.”)

Rising mortgage rates are also driving more people out of the big cities, we are told, as homebuyers are frightened to buy in areas where the bubble was blown up the biggest.

“Pending home sales fell 35%, the largest annual decline and the fewest homes under contract in any October since at least 2015,” a social media post from Redfin explains.

In October, the National Association of Home Builders (NAHB) announced that its monthly confidence index plunged eight points to 38, which is dismal.

“This is the tenth straight month of falling confidence, the longest stretch of declines on record,” NAHB said, adding that last year around this time the index sat at 90.

“Interest rates have risen sharply as the Fed has sought to squeeze inflation out of the economy. The 30 fixed rate began the year around seven percent and recently topped seven percent. That has hurt housing affordability and driven both buyers and sellers out of the market.”

It turns out that inflation and the current state of the U.S. economy is at the top of the list of the issues most important to Americans who plan to vote in the upcoming midterm election.

A recent ABC / Ipsos poll found that 28 percent of registered voters say that the economy is their number-one concern, and that they plan to vote accordingly. Twenty-two percent indicated that inflation is their primary issue.

In the comment section, someone speculated that another unmentioned reason why more and more people are fleeing big cities like San Francisco is because of rampant and unaddressed crime. Another joked that perhaps people are afraid of meeting the same fate as Nancy Pelosi’s husband Paul.

“If the House Speaker’s husband isn’t even safe, who is?” this person wrote.

Someone else who claims to live in Seattle says that most people are moving out of that area because of high costs and crime, “both of which adversely affect families.”

Many people who read alternative media seem to be under the impression that red states are some kind of paradise compared to blue states, but another commenter pointed out that this is a misnomer.

“Red states have the same policies as blue states, they just fund them with less money,” this person wrote. “Red states have welfare, homeless programs, and subsidized housing.”

It turns out that because there is less funding for these programs in red states, many red state refugees flee to blue states to take advantage of their larger and better-funded welfare programs – meaning many homeless drug addicts on the streets of blue cities are actually red state transplants.

As the world implodes, we will keep you informed about the latest at Collapse.news.