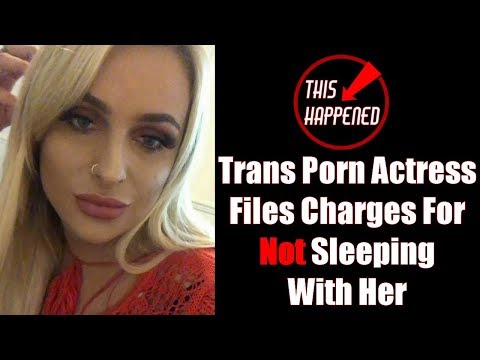 Ria Cooper is a certified flake.

Watch the videos at the end of this story and you will most likely agree.

Not only did Cooper just accuse a man who refused to sleep with “her” of a hate crime, Cooper has “switched sexes 3 times” and been butt hurt over being denied “adult work” if you can believe that.

I guess there aren’t many jobs for men who dress as women in adult film.

A British transgender model named Ria Cooper has filed a complaint against a man who rescinded an offer of sex and photography, according to Hull Live.

The man, claiming to be a photographer who could help Cooper’s prospective modeling and pornography career, allegedly reached out to Cooper in response to a new glamour portfolio linked on social media.

Cooper claimed that the photographer abruptly ceased contact once he found out that Cooper was transgender.

After resuming the conversation, the man gave his reason for refusing to have sex with Cooper: The model still had male genitalia.

In fact, the photographer allegedly bluntly stated, “you have a c—.”

Cooper compared the act of rescinding the offer to the use of a racial slur.

“This is absolutely f—— disgusting behaviour,” the model said. “No one should be treated like this — this is discriminating and appalling behaviour.”

Read More, if you dare, at Western Journal…

This Rita Cooper he/she/it person gives transgenders a bad name and that’s not easy to do.

Medically and mentally, transgenderism is no laughing matter.

Many who make it permanent decide to switch back.

As for Rita Cooper, this person seems like someone who likes to keep their name in the news.

Here’s a vid of the most recent story.

And Cooper is having a hard time finding work in the adult industry.

I could be very wrong, but I’d think even most transgenders would not want to be associated with Ria Cooper.

Maybe Michelle Obama should reach out to Ria.

I’m not sure Mrs. Obama would speak with Ria though because he/she/it is obviously white.