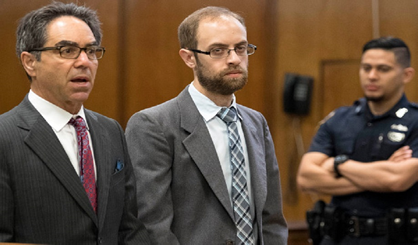 More and more, the issue of pedophilia and child pornography are becoming more prevalent in our society. We let in sodomy, lesbianism, normalized fornication and adultery, and now we’re dealing with pedophilia and bestiality. The latest story to make headlines is the sentencing of an aide to presidential hopeful and current New York City Mayor Bill de Blasio after pleading guilty to possession of child pornography.

Jacob Schwartz, 31, pleaded guilty to promoting a sexual performance by a child and will face up to three years in prison.

Schwarz was busted in possession of more than 3,000 images and 89 videos on his laptop from downloads off the internet.

According to court documents, the images and videos show “young nude females between the approximate ages of 6 months and 16, engaging in sexual conduct… on an adult male.”

“I understand these are serious charges,” said the elder Schwartz, who watched his son get arraigned in Manhattan Criminal Court on Thursday night.

“He’s already in therapy for this.”

He’d been under investigation since March 29, when he handed over his laptop and gave cops written permission to search it, court papers say.

But his name and photo were scrubbed from both groups’ Web sites after The Post broke the news of his arrest.

“You better believe he was given every break possible by the city that’s run by far-left Democrats and liberal Republicans. It’s only conservative Republicans who are held to a high standard by the hypocrites in politics and the media,” said former NYPD borough (Staten Island) commander Lester Stevenson.

Mr. Schwartz was a computer programmer analyst in the city Department of Design and Construction, where he worked on the “Build It Back” Hurricane Sandy recovery and resiliency program.

Of course, De Blasio dismissed questions about the arrest, only having a spokeswoman state that Schwartz “is being terminated immediately, and the agency is cooperating with investigators.”

The elder Schwartz served as New York counsel to Vermont Sen. Bernie Sanders’ failed presidential campaign, and was also the campaign treasurer for law professor and liberal activist Zephyr Teachout when she challenged Gov. Andrew Cuomo for the 2014 Democratic nomination.

Arthur Schwartz also had his own brush with the law in 2015, when he was busted for removing hidden surveillance cameras trained on the front door of a $700-a-month, rent-stabilized apartment occupied by a 93-year-old client battling her landlord.