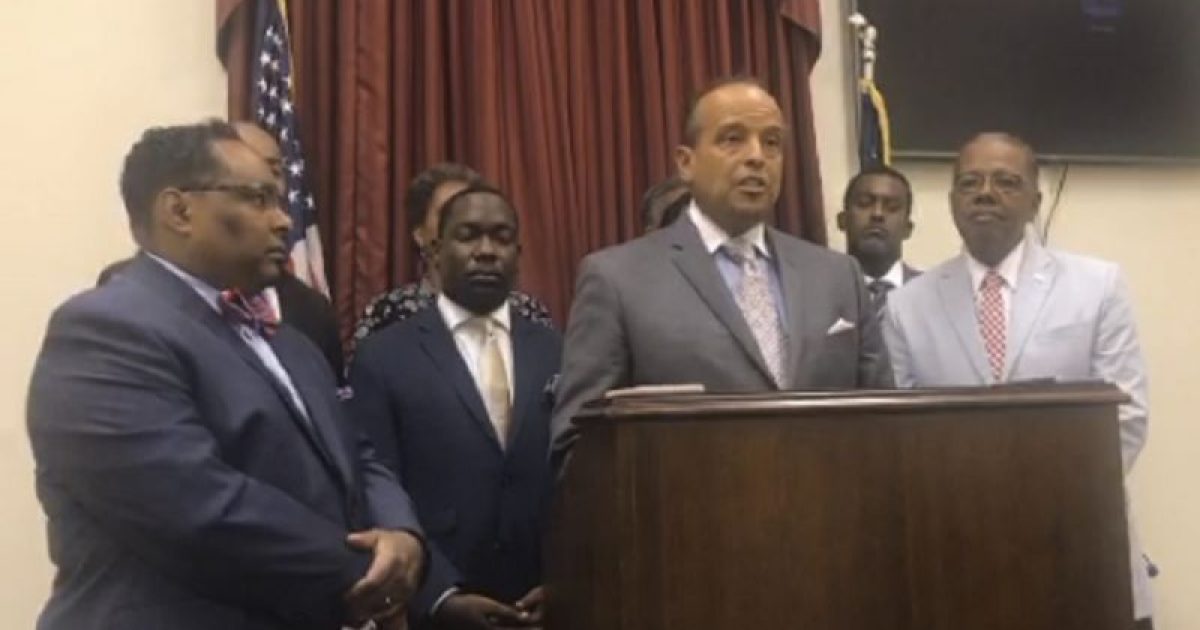 On Thursday, about 800 black pastors that represent nearly two million congregants in the US held a press conference at the National Press Club. They called on House Speaker Paul Ryan (R-WI) to censure Rep. Maxine Waters (D-CA) for her incitement to gather mobs to “push back” against individual members of President Donald Trump’s administration when they find them in public.

“Congresswoman Maxine Waters has violated the sacred trust we each have to each other as Americans to have each of our rights stop at the other’s nose. Her call to extremism based on where another American citizen works and who they associate with must be sternly addressed by Speaker Paul Ryan,” said Star Parker, president of the Center for Urban Renewal and Education. “An apology is not enough, nor did she offer one when asked by House Speaker. As we move into two months of intense debate over SCOTUS nomination, the censuring of Maxine Waters becomes of extreme urgency.”

“What Maxine Waters did was incite people to mob rule; to try to overthrow the will of Americans,” Parker told Breitbart News. “And that’s Third World.”

“In fact, the beauty of America is that we are open and free; that we are civil in our discussions,” Parker added.

Others who spoke included Bishop Aubrey Shines of Glory to Glory Ministries and Diante Johnson, president and founder of the Black Conservative Federation.

“[Waters is] asking those who follow her and those that are part of her party to make sure that individuals like myself are accosted — not just the cabinet — wherever we are,” said Shines. “She said, and I quote, ‘anywhere, anytime.’ That means in supermarkets or in restaurants. Wherever those of us who have supported this current president find ourselves, she is asking those that follow her to make sure that we are harassed in some sort of form.”

“This is unacceptable,” said Shines said pointing our that blacks and whites had worked together to eliminate the racism of Waters that he said we hoped “we would never ever see again.”

“Yet, she is spewing this type of venom over and over again,” said Shines. “Unfortunately, her tentacles have reached as far as the mainstream media. We are now also being called trained dogs by the mainstream media simply because we do not adhere to groupthink.”

“This type of rhetoric is something that is just unacceptable in America,” Shines added, recalling the harassment in public of Department of Homeland Security Secretary Kirstjen Nielsen and White House Press Secretary Sarah Sanders and her guests being denied service at a Virginia restaurant.

“The kind of racial divisiveness is something that is helping destroy America as we know it,” Shines said. “This kind of intolerance is something we will not tolerate.”

Amen! We shouldn’t tolerate it, but this is what happens when you tolerate criminal Socialists like Maxine Waters in government for years, who have grown so corrupt because they have never been dealt the hand of justice.

Waters doesn’t need to just be censured. Big deal! She needs to be arrested and charged with inciting the people. Anyone with a smidgen of understanding of what she was doing knows that if the people get riled up out in public and gather a crowd, as she told them to do, there is inevitably going to be a violent reaction. And clearly, one against however many Maxine’s minions bring together does not have a good outcome.

I always suggest members of the Trump administration defy any gun laws, which are pretended laws anyways, and carry concealed while they are out just in case they get some of these useful idiots who turn violent on them.

I’m glad to see some backbone from the black community to stand up for what is right and I’m glad that those that name the name of Christ are taking the lead there. After all, it was Max Max who claimed that God was on her side. It’s good that someone calls her out as a Jezebel, cause that is exactly what she is. Well done!

Now, if they can just get their people to stop voting for these Democrats and taking the government cheese, they will see an enormous change in their communities.