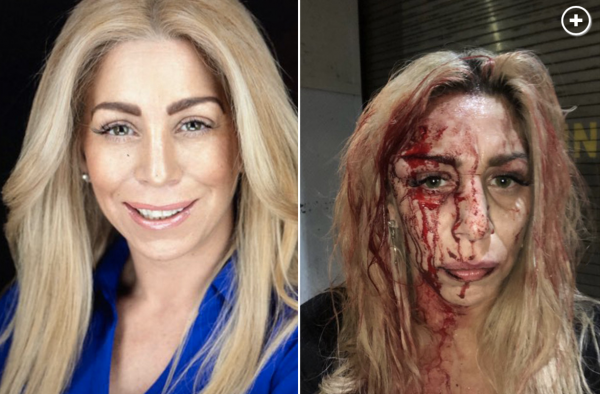 During the polar vertex in January of 2019, a black actor claimed two white males – wearing MAGA hats – attacked him at 3:00 a.m. in a heavily black area of Chicago. The attack on Jussie Smollett became international news, an opportunity for the corporate media to dunk all over Trump supporters as being racist, homophobic and bigoted for the alleged white-on-black attack.

Celebreties, leftist politicians and virtually every corporate journalist went on a much celebrated victory lap, with the attack on Smollett evidence of an epidemic of hate inspired by President Trump, MAGA hat wearing white dudes attacking blacks and homosexuals a pervasive problem nationwide.

For a solid three weeks, the corporate media promoted the Smollet story as fact, because it was a way to smear all white people and Trump supporters, regardless if they participated in the polar vortex “attack” or not. Merely by being white and supporting Trump, you were an accomplice in the Smollett attack.

Well, we know how the Smollett story turned out: a hate hoax promoted by the corporate media to generate anti-white among white liberals, blacks and the coalition of color united to oppose and constantly denigrate white Americans not solely committed to their dispossession.

The story of what happened to white actress Jennifer Agostini and her friend in New York City has received virtually no media. She and her friend were attacked by a group 10-15 blacks who shouted, “white motherf—ers,” “dirty white b—-es” and “f—k those white b—-es and their money.”[Actress Jennifer Agostini, friends attacked leaving Midtown bar: court papers, New York Post, November 26, 2019]:

A model and an actress got their money-makers messed up by a racist pack of miscreants during a Midtown bar brawl, according to a new court papers seeking to force the venue to hang on to surveillance footage of the throw-down.

But on their way out of the West 40th Street club, they got jumped and beaten to the ground by a group of 10 to 15 people who were yelling “white motherf—ers,” “dirty white b—-es” and “f—k those white b—-es and their money,” the court papers say.

“It was just this stampede as we were leaving. We just got rushed and assaulted by, I can’t tell you by how many people,” Agostini — who is set to begin filming the show “Brooklyn Ties” this spring — told The Post.

“I’m a lead character on the series in March, and I have to now go to see numerous plastic surgeons, and I also have to go back to the concussion center to MRI my head.”

“These are beautiful women and their faces are distorted,” added Garcia’s husband, Cal Stuart.

Agostini and the others — who are asking a judge to have the bar keep surveillance video and other records of the incident — say they don’t know exactly why the brawl erupted.

The incident touched off when one of their friends tried to go back into the bar for a forgotten credit card after their party had left, according to court papers.

A bouncer pushed the woman, and they got into a verbal spat when Stuart told him to lay off, the husband claimed.

“All of a sudden, 10 to 15 people jumped us,” said Stuart, claiming bouncers were among the attackers.

Stuart said he’s consulting his lawyers about whether to file a police report.

“I was pushed onto the ground and eight individual jumped on top of me and brutally assaulted me. I have five stitches in my head. My whole eye is closed. I am going to have numerous scars on my face,” Agostini said.

Garcia told The Post, “I have a black eye. I have been having a lot of headaches. My whole entire body hurts. They were punching and kicking me on my body.”

Sky Room did not immediately return requests for comment.

Outside of the New York Post, has the news of this black pack attack on two white females in New York City (where the black attackers shouted racial epithets at the white females) been promoted by any other major corporate media outlet?

Of course! There’s no mileage in promoting anti-white attacks by blacks in the corporate media, because it serves as a reminder the real hatred in America flows in one racial direction… toward white people.