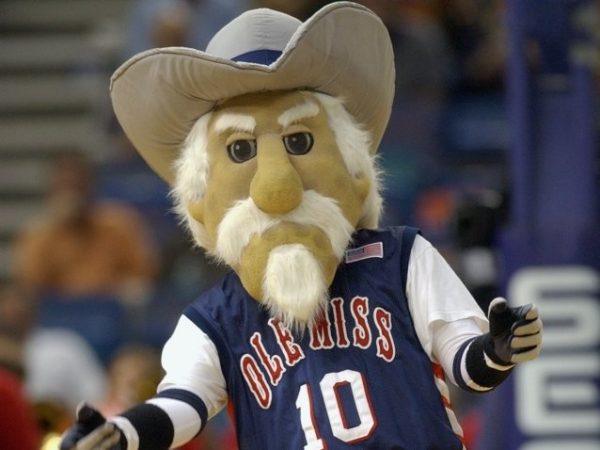 Never forget: once non-whites gain electoral control of a city, they use state power to promote their racial groups interests exclusively.

For the truth of this, see Detroit and Baltimore. It’s with this in mind we consider what a black professor of African American Studies at the University of Mississippi recently proposed as penalty for those demonstrating “bias.”

Students would demonstrate less bias if they were threatened with expulsion or arrest, according to a professor at the University of Mississippi.

Kirk Johnson, associate professor of sociology and African American studies at Ole Miss, told The College Fix that the university would benefit from a more aggressive, forceful Bias Incident Response Team, even if that meant expelling or charging them with crimes.

If students “faced the possibility of being suspended from school, or being arrested under federal or state hate-crime statutes, I suspect they would police themselves more vigorously,” Johnson told The Fix via e-mail.

“Our BIRT system is toothless to the extent that students who violate the University of Mississippi creed face no punishment,” Johnson said. “As a result, there is little incentive for students to take responsibility for their actions.”

“To the contrary, to the extent that the UM creed represents a set of rules that all students are obliged to live by, the lack of an administrative response to uncivil behavior encourages rulebreaking,” Johnson said.

(UPDATE: Johnson later contacted The Fix to clarify that students should only be arrested if they have violated state or federal hate laws.)

The University of Mississippi Bias Incident Response Team allows students and faculty members to anonymously report one another for displaying “bias” on campus.

According to the University of Mississippi website, a “bias” incident is one that involves “a behavior or act that targets an individual or group based on perceived or actual characteristics such as, but not limited to, race, religious belief, sexual orientation, disability, or age.”

Examples of bias incidents provided by the university include:

Yet campus bias response systems around America have been accused of suppressing free speech by individuals afraid they will be reported to diversity coordinators. Both the University of Illinois and the University of Texas currently face First Amendment lawsuits challenging their bias response teams on the grounds that they chill campus speech.

In October, the University of Michigan discontinued its bias response team in a settlement reached with Speech First, a nationwide campus free speech association.

“BIRT doesn’t punish,” Caldwell told the paper. “(Education) is its only function.”

But that education “may or may not be voluntary, depending on the situation,” according to an article in the Daily Mississippian campus newspaper, paraphrasing Caldwell.

At Ole Miss, the Bias Incident Response Team outlines “Step 3: Intervention” in its process, which states the team will “work with the affected parties to reach a resolution, which may include education, outreach and training within 5 days.”

It’s unclear whether Caldwell believes forced education is a punishment. She did not respond to multiple requests for comment from The College Fix.

As for Johnson, he said he would like the BIRT team to have more power to take action.

Recently, he sent a letter to many members of the campus Critical Race Studies Group arguing for a more aggressive bias response system.

“I’ve had conversations with university officials who seem perfectly well-intentioned but unable or unwilling to translate these aspirations into actions that will make a difference,” Johnson wrote.

“For example, I’ve long felt that we need to be proactive to prevent student microaggressions instead of continuing to react to them after the fact,” Johnson wrote. “Instead of responding to one embarrassing incident after another, we could serve as a model for other campuses if we took measures to transform our campus culture in ways others want to emulate.”

In October 2018, Johnson co-authored a research paperdetailing microaggressions on the University of Mississippi campus, which he said he believes demonstrates the need for more aggressive cultural policing.

Among the microaggressions the paper warns against against are “Consistently referring to couples as ‘husbands and wives,’” telling an Asian or Latino student to “Speak up! We want to hear what you have to say,” and “Explaining the rules of basketball to a female slowly and deliberately like an adult might talk to a child.”

“Microaggressions pose the risk of emotional, cognitive, and physical harm to vulnerable students, and threatens to alienate prospective students. The continued presence of microaggressions on campus also poses potential financial and reputational risks to the University,” a summary of the study states.

Johnson told The Fix he very much supports free speech on campus and he sees the bias response system as compatible with the First Amendment.

“However, free speech has limits, as Justice Holmes reminded us with his famous warning, ‘The most stringent protection of free speech would not protect a man in falsely shouting fire in a theater and causing a panic,’” Johnson said.

“With campus microaggressions, people won’t get trampled as a crowd races for the exits. But the risk of other harms to both students and their universities,” he said, “warrant concern.”

Of course, only white people can be guilty of bias in Black-Run America (BRA), right? This professor can claim he “clarified” his positions, but it’s quite obvious he wants to change state and federal law to reflect his views on punishing any criticism of protected groups and classes as an offense worthy of imprisonment.

Mentioning the letter this black professor wrote to the Critical Race Studies Group – arguing for more aggressive bias team – is a clear giveaway and implication he intends these measures to be directed solely a white students at Ole Miss. After all, how could black students (or other non-whites) at the school display bias, when they are forced to attend a school steeped in white supremacy, where a white power structure affords all whites a privilege they don’t deserve?