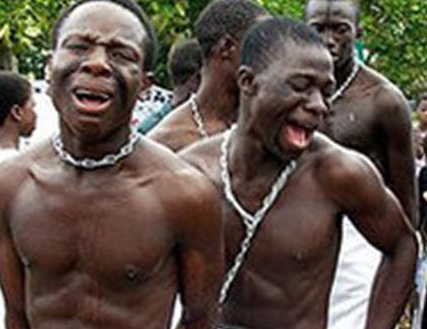 This should be filed under “censored news” because I can find almost nothing about it in the mainstream media.

Who is really racist against blacks?

Read on, and remember that Obama was born,allegedly, of a white mother.

I was reading an article by Stephen Brown at FrontPageMag this evening and found this buried in an article about slavery in Mauritania:

And while leftists/liberals and their media establishment smear President Trump as a “racist,” it is telling that the U.S. president has done what the black ex-president Barack Obama never did: he ended trade benefits to Mauritania last November “due to insufficient progress in eradicating forced labor and slavery.”

Why hadn’t we heard about this America?

You know the answer to that.

The media is politics.

They will not print what does not fit their agenda.

So I did some digging…

And in the search results for “Trump cuts aid to Mauritania” I found this:

It’s important to note that some conservative outlets likely reported this, but they always get buried in Google search.

However, the fact that we don’t see any related articles from liberal MSM up top, likely means they did not bother with the story at all.

We have a couple of seemingly unrelated articles from American media and two from international media that seem to be related. So let’s look at what those two say.

The continuing practice of forced labour in Mauritania is starting to come at a heavy cost.

US president Donald Trump will end Mauritania’s trade benefits under the African Growth and Opportunity Act (AGOA) at the start of next year, the US trade representative’s office has announced. The decision comes following an annual review of eligibility for AGOA which permits duty-free trade for certain goods. Mauritania, the trade office says, does not meet the requirement for trade benefits as it has not made enough progress to end forced labour.

Mauritania’s slow moving process of abolishing the practice of slavery has also been echoed by the African Union. In January, the body ruled that Mauritania has not adequately enforced its anti-slavery laws and also hands out lenient sentences to slave owners. Despite becoming the world’s last country to abolish slavery in 2007, an estimated 90,000 of Mauritania’s 4 million citizens still live in modern slavery conditions.

The west African country ranks sixth out of 167 in the Global Slavery Index and is also known for jailing anti-slavery activists. Slavery is culturally ingrained in Mauritania where ethnic Haratins have been caught in a decades-long cycle of servitude.

To get its AGOA eligibility status and trade benefits restored, Mauritania, one of the world’s poorest countries, will have to “eradicate forced labour and hereditary slavery,” the US trade representative office says. It’s a condition that will likely be strongly considered by the country’s government given the high stakes: US imports from Mauritania totaled $61 million in 2017 up 22% from 2016. The top imports were mineral fuels, fish and fertilizers.

US President Donald Trump will end Mauritania’s trade benefits under the African Growth and Opportunity Act (AGOA) at the start of next year, the US trade representative’s office has announced.

The measure comes as pressure mounts on Mauritania to abolish slavery. In January, the African Union ruled that Mauritania has not adequately enforced its anti-slavery laws and also hands out lenient sentences to slave owners.

The said that “The American decision to prevent our country from the advantages of AGOA is trivial and meaningless.”

“We are the government that fought slavery with its own efforts without the slightest American support,” said the Mauritanian Minister of Culture and government spokesman Sidi Mohamed Ould Mohamed yesterday.

“When was the US administration interested in fighting slavery even within America itself?” he went on to ask.

When was the US administration interested in fighting slavery even within America itself?

Why did Barack Obama AND previous presidents not take a stand against the horrific atrocities that are happening in Mauritania?

Everything you hear in the American media is pretty much Bull $hit! (Excuse my profanity but sometimes you have to call it what it is)

Thank You FrontPageMag for enlightening us.

In case you are wondering how that situation is developing, please hop on over to Stephen Brown’s article for the latest.

It seems there is still much work to do there.

But at least we have a President who is willing to do what is right REGARDLESS of whether or not he gets credit for it.

It’s been a long time since America has had that.

People need to know that our President is not a racist and is doing more to end slavery than Barack Obama (or his predecessors) ever did.