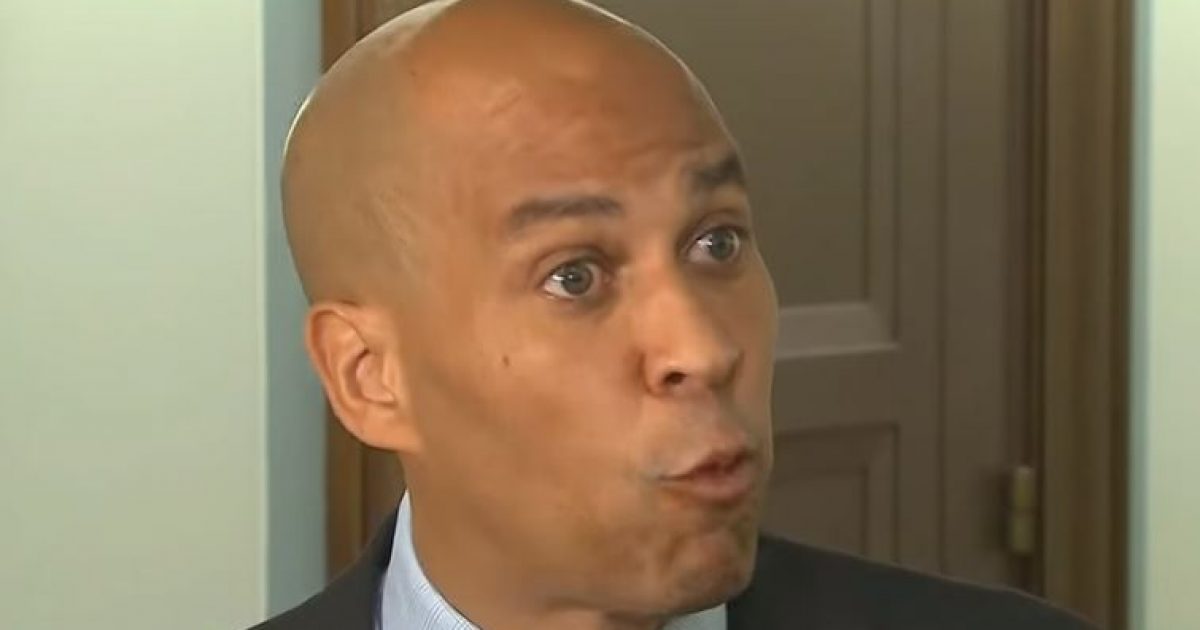 In an act of massive hypocrisy 2020 candidate and Senator Cory Booker said today that he wants to punch an elderly and out of shape President Trump often, and blamed his testosterone for it.

First, perhaps Senator Booker needs a visit from the Secret Service for his obvious threat of violence against the President, and Mr. Booker needs to be kept away from Trump at events like the State of the Union and more.

Also think the elderly and out of shape President would whip the Senator from New Jersey and the idea that Cory “Spartacus” Booker has an excess of testosterone is just laughable.

.@CoryBooker: "My testosterone sometimes makes me want to feel like punching [Trump], which would be bad for this elderly, out-of-shape man that he is if I did that — a physically weak specimen." pic.twitter.com/IqOI9c5RMZ

“Donald Trump is a guy who you understand- he hurts you and my testosterone sometimes makes me want to fee like punching him, which would be bad for this elderly, out-of-shape man that he is if I did that,” Booker laughed. “Physically weak specimen, but do you see what I’m talking about here? That’s his tactics and you don’t beat a bully like him, fighting him on his tactics, on his terms, using his turf. He’s the body shamer, he’s the guy that tries to drag people in the gutter.”

Can you imagine the outrage and breathless 24/7 coverage of this if President Trump said this about a Democratic Party candidate?

Especially if that candidate was a woman or a minority? He’d be called a Nazi, a hater, a racist, a bully, a misogynist and worse.

But since Senator Cory “Spartacus” Booker is a Democrat he gets a free pass. Democrats are shameless and slimy vile people like Mr. Booker deserves to be driven from American politics forever.