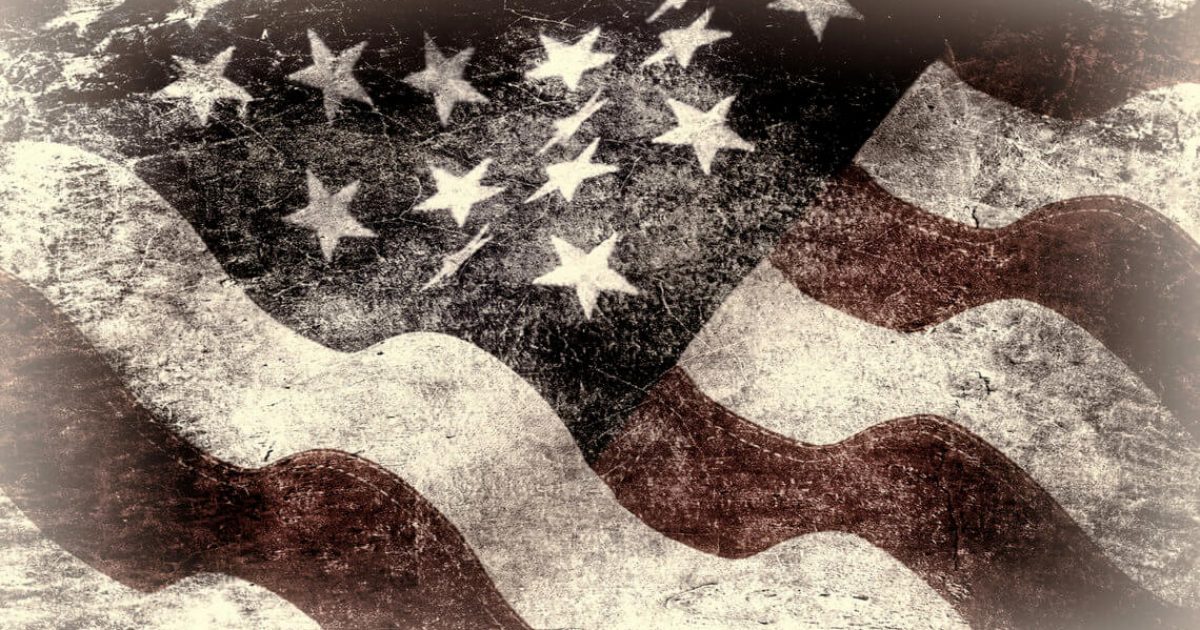 Those that choose to be blissfully oblivious to the turmoil transpiring in the United States of America, are endangering the lives of future generations, beginning with this one. While most of the country sits by, ambiguously observing this sh*t-show from the nosebleed section, critical events are moving forward at rapid pace. Some of the most common explanations are, “I just don’t have the time,” or “I would rather not know,” or “I know I should pay attention, but it’s so dark.” Well, that’s all fine and dandy, until one day, you wake up and realize everything has changed, all new laws are in place, and your freedom has slipped through the cracks like a buttery biscuit.

Don’t expect a knock at the door, making you aware of all the “new changes,” but you may get a knock at the door confiscating your guns, fining a family member up to $1 million for sharing his opinion, or forcing your child to be vaccinated despite your beliefs or concerns. Perhaps your local church has hired a convicted and registered child sex offender to preach, while your children are shuffled off to another building so the pastor can honor his probationary period of no contact with minors. Would you stand for this? The people of Christ Tabernacle Baptist Church in Jacksonville, FL sure did.

Do you think this is just about red versus blue, or manufactured drama for optics? Think again. This is about corruption at the highest levels, that is forever changing the landscape of the United States of America. From the mainstream news seducing people into believing their narratives, to churches across this country covering for their ongoing pedophile sex traffickers for decades, to political scandals that have been rocking this nation since the beginning of time, to legislatures and lobbyists being locked up for manipulating our taxpayer dollars right into their pockets – plain and simple, this is war, and it is happening worldwide. There is a reason it is happening simultaneously across the globe.

And as you ponder all of this, Democrats are in the process of trying to pass their H.R. 1 “For The People Act”, which includes taxpayer dollars going into the pockets of elected officials so they can use it for their next reelection campaign. Yes, you heard that correctly. These already corrupt officials, now want to “openly” take your money so they can remain in power. Not only are they cloaking this under the guise of “For The People,” but they want to take your hard-earned money to get themselves reelected whether you are for that candidate or not. Chew on that.

The World Has Spoken

What seems transparently obvious to some, entirely escapes all logic to others. You likely won’t get the true facts, but go ahead and pull up a country of your choice in the mainstream news, and take a peek at what’s going on. What do you see? That’s right – an uprising happening on a global scale. People fighting for their freedom, justice, and corrupt government officials to be removed and locked up. It’s as though a seed was planted, a ripple effect occurred, and a chain reaction inspired people of all races and cultures to take a stand and fight for their country – to create a better future for their children. Many of these people fighting for justice, have come together to fight this battle and share information to assist in waking others up, before it’s too late. The day has come – it was inevitable.

Some refer to these corrupt factions as the cabal, deep state, illuminati, or elite. Labels are not important here. What is significant, is that people are beginning to wake up and have a deeper understanding as to the wool that’s been pulled over their eyes for decades. And the fact of the matter is, this information being shared by citizen journalists, needs to travel at the speed of light to shift the balance, so that the power of the people rises above that of the corrupt. This is necessary for survival, for future generations, and for a global awakening that will indeed shine a light so vast, that the dark will cower in their shadows. The numbers are with us – are you?­

None of this is opinion, nor is it hearsay. Open your eyes and seek truth. This is both a spiritual and physical battle that is having and will continue to have an effect on every area of your life. From indoctrination of children through the education system to 1st amendment rights and 2nd amendment rights – it’s all slipping through under your nose faster than you can say, “what just happened?” Full-term babies are being aborted, and all Democratic presidential candidates just voted against medical care for babies born alive after a failed abortion procedure. Whether you’re pro-choice or not, this is infanticide.

The corruption doesn’t just lie with public officials, it courses through companies, lobbyists, ivy league schools, big pharma, health related establishments and the CDC, churches, the foster care system, the World Bank and numerous other banks. It is a plague by the greedy, the sinister, and even the blackmailed. It monopolizes all top-tier systems and impacts all citizens. From the FBI to the CIA, the DOJ to the IRS, damn near every 3-letter agency has been infiltrated and run corruptly from the top. What we are witnessing today, is a clean-up of the swamp, and they are fighting back hard.

Hundreds of billions of tax-payer dollars have been misappropriated for decades by these corrupt, to line their own pockets and gain power through pay-to-play schemes. This is not new, but these people have kicked into high-gear to fight to maintain their power that is now being threatened. Hence, why they are strategizing at rapid pace to pass as many bills as possible, to control the narrative, to spin webs of deceit, to keep people dumbed-down, and to facilitate some of the most unconstitutional acts this country has ever witnessed, including attacks against our President. And while they tend to their selfish needs, the poor continue to suffer, the middle class struggles, and 600 veterans are committing suicide each month. It’s a tragedy.

Whether you want the border wall or not, it is important to understand the actual statistics when weighing such a decision. One will quickly discern that the levels of human trafficking, child sex trafficking, organ trafficking, and drug trafficking taking place, are the very acts that allow the corrupt to bank millions. Much of this occurs across that border. In addition to this, they are using illegal immigrants for votes, while trying to pass bills that will ensure these votes. Speaker Nancy Pelosi refers to illegal immigrants as “newcomers” and states they should not have their votes suppressed, despite the fact they don’t legally live in this country.

On the sidelines, Hillary Clinton continues to operate illegal organizations such as ‘Onward Together,’ in order to round-up partner organizations to recruit, train, and back political candidates, through her 501(c)(4). This tax-exempt organization, who has received nearly $3 million from the DNC and DCCC, is running a corrupt political scandal in an attempt to flip this country blue before the 2020 elections.

And, while they strive to remove gender all together by creating non-binary “option X” on drivers licenses, normalize pedophilia, and push for socialism and sharia law, they continue to orchestrate dramatic and dangerous left vs right attacks, nearly all of which have been discredited, and in fact, some are facing significant felony ­­charges, such as Jussie Smollett for his recent stunt. If this isn’t alarming enough, perhaps 22 Islamic compounds operating as Jihadi training camps throughout the U.S., will shake you up.

The Only Way Out – Is In

It’s time to face your fears, to accept that change is happening, to confront the monsters, and move to the front lines of this battle. There are 326 million people in this country that need to wise up, study up, understand who you are electing, and recognize that we have the numbers.

If you or your friends, family or co-workers have chosen to remain blissfully oblivious – the time has come to rise up. You can no longer turn a blind eye to what is transpiring all around you. The powers that be have worked to keep you silent, to keep you busy, and to keep you financially broke so that your spirit feels cracked, your energy drained, and your ability to stand up and fight is stricken down. This was all very well designed. Just look around, and say it isn’t so. You can’t. You know in your heart what is truth.

Question everything. Question everyone. Take caution with all mainstream news. Find citizen journalists who report truth, back it with evidence, and provide cited facts that you yourself can review to determine its legitimacy. Pay attention to legislation in your state, the education systems, all elected officials, and be ultra-observant of your surroundings and people that play leadership roles. Build groups in your local communities that can work together from a place of truth and compassion, to establish ways to stand up and make a difference. Communicate with those around you to get them involved with understanding the intentions of those running for elections, and stress how vitally important it is to vote. Create a fact-based dossier on each person planning to run, and make certain people are aware of their true intentions.

If people do not begin working together within their local communities and fighting this on a state level, the corrupt will continue to stomp all over Americans. They care about one thing, and one thing only – themselves. Do not fall prey to the cognitive dissonance mudslide. Learn how to hunt the hunters and expose their corruption. Knowledge is power.

There will come a day where you suddenly realize what has been taking place among you for as far back as you can recall. You will be angry, resentful, feel betrayed, and want justice. Most of all, you will want to protect your children. Do you want to wait until that day comes, when it may already be too late – or, do you want to empower yourself today and fight side-by-side with the people of this country?

Will you choose to be blissfully oblivious or blissfully aware? The only way out – is in.

WAKE UP and TAKE ACTION