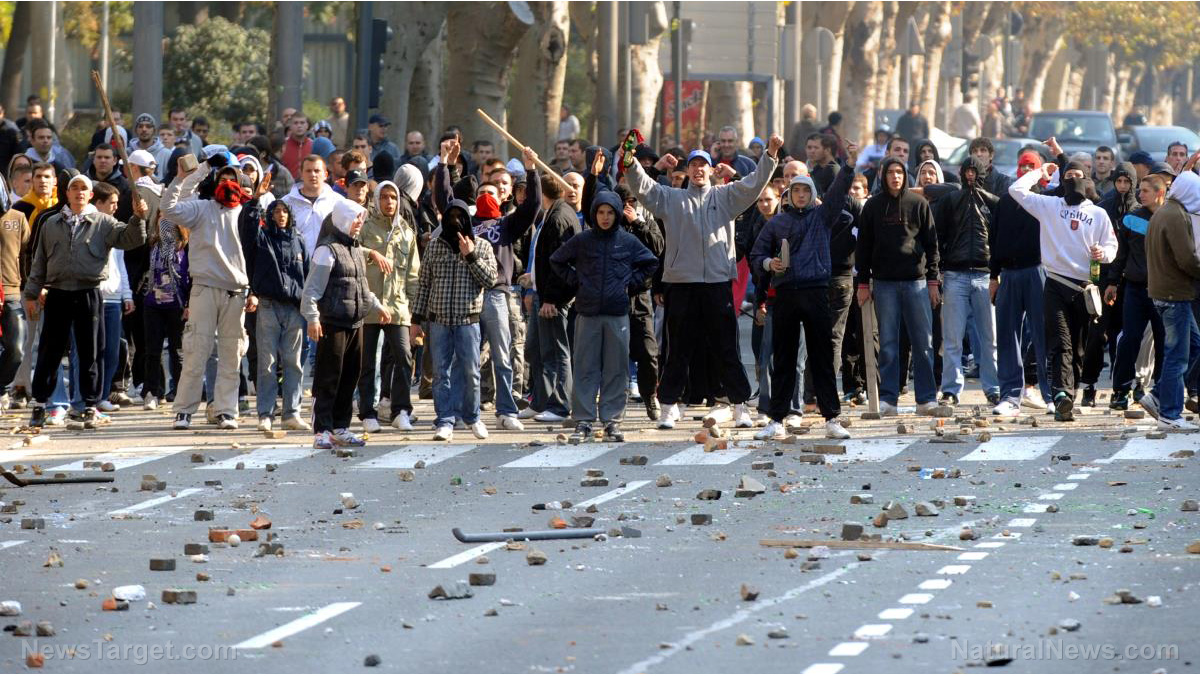 On the night of June 19, a large group of black-clad rioters made their way into Olympia’s South Capitol neighborhood, where Mayor Selby resides. There, the rioters began chanting “abolish the police.” One individual – whom the mayor believes to be a woman – went up to Selby’s home and spray painted “BLM,” “RACIST” and “ABOLISH” onto the mayor’s front door and front-facing exteriors.

Selby and her family were not home that night, but some of her neighbors quickly alerted her to the presence of the rioters.

Mayor Selby still targeted despite being sympathetic to the BLM movement

“I’m really trying to process this,” said Selby to The Olympian over the phone. “It’s like domestic terrorism. It’s unfair.”

“It hurts when you’re giving so much to your community,” she added. The rioters eventually headed off, after one man with a metal paddle-like object told the group to leave, threatening them with violence if they didn’t respect Selby’s property.

This is not the first time Selby’s house was targeted by demonstrators. A group of protesters once gathered in her neighborhood two years ago during May Day to spread leaflets and direct chants at her. (Related: Seattle Police Chief: Cops can’t respond to “rapes, robberies and all sorts of violent acts” committed inside Autonomous Zone.)

Selby has been regarded as generally supportive of police reform. She has touted the fact that the Olympia Police Department (OPD) has a good reputation thanks to reforms enacted in 2016 that allowed people to call “crisis response units” – trained social workers – instead of armed police officers to respond to people experiencing severe mental distress.

The mayor has even showed sympathy toward the demonstrators. The Olympia City Council, of which she is a member, has banned the use of tear gas and other chemical crowd control instruments such as pepper spray, pepper balls and smoke grenades against violent mobs since June 9.

Selby has even showed that she is open to discuss defunding her city’s police department. She said that she was going to “pull people around a table to discuss what defunding or reallocation for public safety means.”

The mayor, who still has three years left before her term ends, said “I’m no quitter” and that she will continue working to get her community to move past this night of chaos.

Listen to this episode of the Health Ranger Report, a podcast by Mike Adams, the Health Ranger, as he talks about how Antifa and BLM left-wing terrorists are handing President Donald Trump his victory in the November 2020 election.

Selby’s home wasn’t the only place that the rioters vandalized and wrecked that night.

On the night of June 19, two groups of rioters converged in downtown Olympia, where they became very destructive. They burned American flags and wrecked and vandalized many local businesses.

One group of about 50 wearing all black attire rallied at Sylvester Park. Another group of 30, wearing neon yellow shirts with the word “peacekeeper” on the front and back trailed closely behind them. Some of the peacekeepers were holding paintball guns.

The black-clad rioters marched to Olympia’s City Hall. There, they continued causing chaos. They took trashcans and “ROAD WORK AHEAD” traffic signs, dragged them into the streets and flipped them over. The peacekeepers then tried to clean up after them as best they could. One group of bystanders heckled both groups while they marched.

After the black-clad group left Selby’s home, they got into shouting matches with the peacekeepers throughout the night. The first incident happened at Sylvester Park, when the two groups began yelling at each other.

Later that evening, a fight broke out when the black-clad protesters burned an American flag they stole from a motel. One man who tried to stop the flag burning was beaten up by the rioters, who then walked away as some of the peacekeepers tried to assist the individual.

According to the OPD Lieutenant Paul Lower, many businesses were either vandalized or damaged that night, including a coffee shop, a bank and a title company. Lower says that the black-clad rioters even vandalized a church, the United Churches of Olympia.

Lower said that there were so many reports of vandalism on the night of June 19th that the OPD probably won’t be able to collate all incidents until Sunday, June 21.

OPD kept a close eye on the rioters, following on bicycles and patrol vehicles, but they avoided getting too close to the groups of marchers.

Selby said that, since the beginning of the month, Olympia has been dealing with three crises: homelessness, the coronavirus pandemic and civil unrest. If the rioting in her town continues, government resources will have no choice but to ignore the former two.