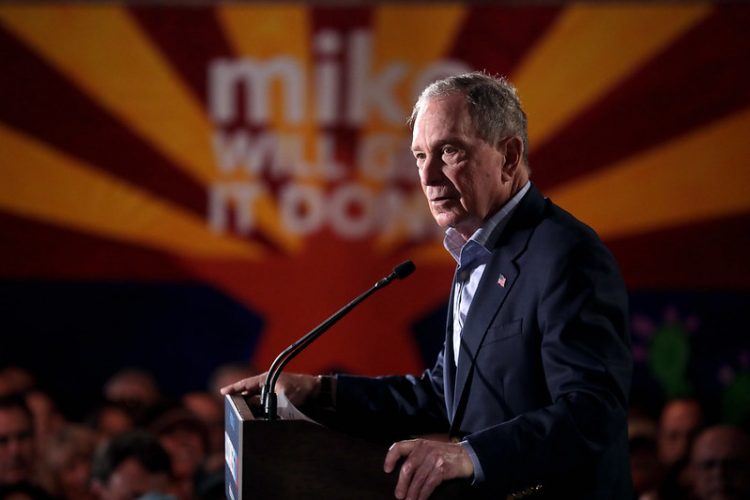 Nope, it isn’t about the right to keep and bear arms. It isn’t even about the right to purchase a vaping product, cigarettes or a Big Gulp drink. Nanny State sissy Michael Bloomberg is claiming that he will charge law-abiding citizens with domestic terrorism if they engage in what he refers to as “hate crimes” by criticizing the antichrist state of Israel. That’s right, the free speech that is protected under the First Amendment is being targeted not only by my home state of South Carolina, but is also the target of neo-Nazi fascist Michael Bloomberg.

Here’s how 2020 presidential candidate Michael Bloomberg would combat what he calls “anti-semitism” from “day one.”

According to the Jewish Telegraphic Agency:

1. Anti-Semitic hate crimes are currently on the rise across the United States. In 2018, there were two deadly shootings at synagogues in Pittsburgh and Poway, violent attacks now regularly plague the Jews of New York City, and Jews continue to be the target of most religion-based hate crimes across the country. In a few sentences, describe your plan to address the rise in U.S. anti-Semitism.

Anti-Semitic violence is on the rise. We’ve seen it in the New York area – including the recent horrific attacks in Jersey City – and across the country. As a Jew, as an American and as a human being, I am deeply disturbed every time I hear about these hate crimes.

There is no single answer. And no single person is entirely to blame.

Anti-Semitism is hardly the exclusive domain of one political party.

It can be found on both the right and the left.

But there is one fact that we cannot ignore: Presidential leadership matters.

When the president calls his supporters “real Americans” — an echo of the language that nativists, anti-Semites and the KKK used for many decades — he undermines our fundamental national values.

When he is silent — and even supportive, through his words and tweets — as racist groups spread hate, he puts the public safety of our communities at risk.

The best way to combat the rise in anti-Semitism we’ve seen under President Trump is with a president who brings people together instead of tearing them apart. That’s exactly what I will do. I will speak out against anti-Semitism on the right and on the left. I will speak out against it whether it shows up on the floor of Congress — or on campus quads.

But I won’t stop there. I’ll speak out against hatred of all kinds.

That’s something I learned from my parents. My father never made more than $6,000, but I remember him writing out a check to the NAACP for $25 or $50, which was a lot of money for us. When I asked him why, he said: Discrimination against anyone threatens all of us.

I have always carried that lesson with me. And, as president, I will do everything in my power to put an end to all forms of discrimination.

I will label hate crimes as “domestic terrorism” — and charge perpetrators accordingly.

I will launch a national, coordinated effort, led by the FBI director and Department of Justice, to crack down on violent extremists.

I will expand the Department of Education’s Stop Bullying Campaign, so we can put an end to harassment in schools — including on college campuses.

And I will never stand by idly in the face of hatred — against anyone.

Michael Bloomberg is a sissy man who has never learned vocabulary or the means to deal with people. He understands one language, money, and that’s it.

His entire epistemology is Marxist, which is anti-God, in thinking.

Bloomberg will have no one criticize the state of Israel, no matter what.

Look, this is not all. Listen to this antichrist speak:

Israel is the closest and most reliable U.S. ally in the Middle East. And I believe guaranteeing the survival of a democratic, Jewish state in the Holy Land is a solemn obligation of the United States, as it has been for more than half a century. […]

Let me be clear: I strongly oppose the BDS movement. And I vehemently disagree with everyone who fails to see why the Jewish people deserve a permanent Jewish state.

Well, look, I’m not fan of the BDS movement, which is led by antichrist Islamists, but the fact is that holding me or my fellow Americans for rightly calling out the immoral and unlawful actions of Israel is not a hate crime. It’s called love to point out these things for correction.

However, as Chris Menahan points out, while Bloomberg has such a love for Israel, “America, on the other hand, must have open borders!”

The only domestic terrorist in this speech is Michael Bloomberg and he has demonstrated that he should not be allowed anywhere near public office ever again.