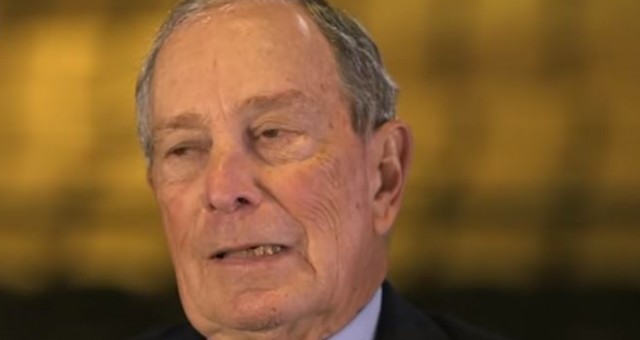 Mr. Integrity ‘Mini’ Mike Bloomberg On Criticism His News Organization Can’t Investigate Him Or 2020 Dems: ‘Live With It’

OPINION– (TNS) So, once upon a time during the 2020 election cycle, a billionaire news mogul decided to run for president. Let’s call him “Mini Mike” Bloomberg, and let’s say he named his news organization after himself.

Ol’ Mike must have gotten with his senior editors before jumping into the race to inform them that they are free to assign reporters to investigate President Donald Trump all they want, but they better not investigate him or any of his fellow Democratic contenders.

Well, that actually led to some complaints from the more ethical members of his Bloomberg Politics and Bloomberg News divisions. ‘That’s not fair,’ the claimed. ‘We’re newspeople; this is an election year; how can we ignore half the field?’

‘That’s easy,’ says Mike. ‘If you wanna keep getting paid, you gotta accept some restrictions’ — the implicit threat being, if they don’t accept the restrictions (which, recall, is that they’re not allowed to investigate him or fellow Democrats), then they can just go work for someone else.

If that sounds like just another tall tale, we’re here to tell you that it’s not.

It’s real life, and Mini Mike just said as much in an interview with a different news organization…let’s call them “CBS.”

When he was asked about his employees’ criticism over not being able to do their jobs as journalists, Mini Mike told that other network’s host that they’ll “just have to learn to live with some things.”

“They get a paycheck. But with your paycheck comes some restrictions and responsibilities,” he added.

Asked about criticism over Bloomberg News not being able to investigate Democrats, @MikeBloomberg says employees "just have to learn to live with some things."

"They get a paycheck. But with your paycheck comes some restrictions and responsibilities." pic.twitter.com/32q7KPEIV9

It’s guys like Mini Mike, owners of most of the top media with attitudes like this (go investigate the other side but not mine) who have destroyed virtually all trust in the press.