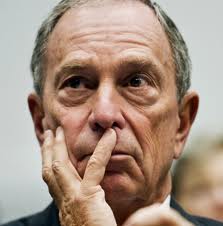 Bloomberg revealed this promise in a December 1, 2019, Chicago Tribune op-ed.

He wrote, “As president, I will appoint judges who understand that the Second Amendment allows for common sense limits on gun ownership.”

Michael Bloomberg’s Everytown for Gun Safety is out with a new report urging the use of “red flag” laws to deprive veterans of their guns in hopes of reducing suicide, but their gun control solution to a mental health problem is getting pushback from many in the military.

Lets forget the due process concerns for a moment, who really believes that the best way to help a suicidal veteran is to take their guns away and then leave them alone? “Red flag” laws are a gun control measure masquerading as a mental health proposal, which is why Everytown is pushing it so hard.

They’re right to be concerned and pissed off, and they should be pushing back. As it is, there are many veterans who worry that a diagnosis of PTSD or depression will lead to the loss of their Second Amendment rights, and targeting veterans with red flag firearm laws will only make veterans even less likely to reach out and talk to others if they’re struggling.

“As president, I will appoint judges who understand that the Second Amendment allows for common sense limits on gun ownership. I’ve spent 15 years working to build a national coalition that is capable of taking on the NRA and winning — and I’m glad to say that we now have the NRA on the ropes. That may be one reason why the NRA is hoping the court will save it.” ~ Michael Bloomberg

Red Flag Laws are have destroyed freedoms and when they hit your state, then you are the target.