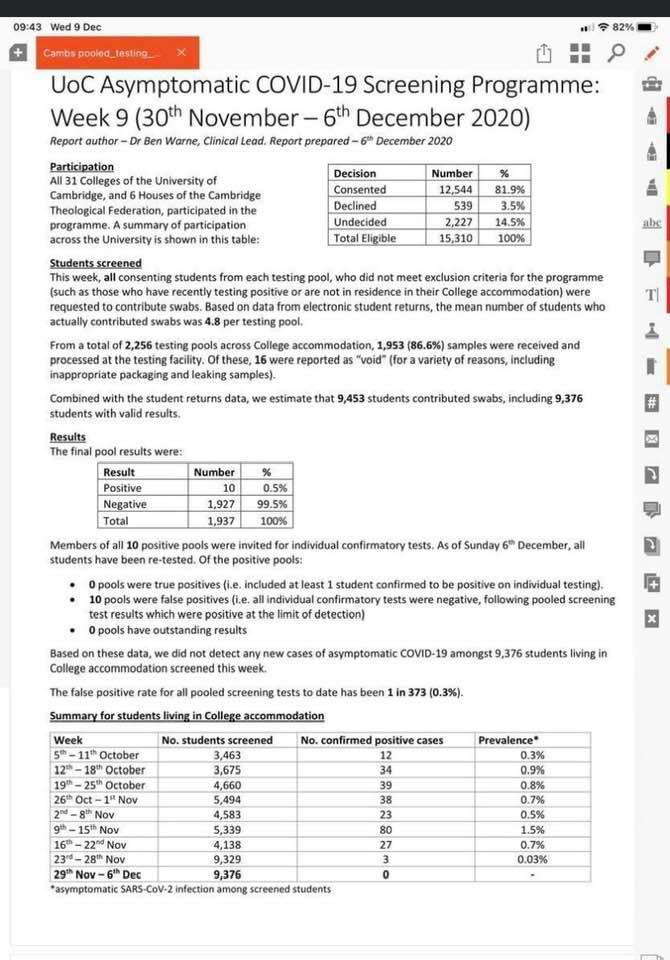 People of the world, you are being deceived! It’s not like we and others haven’t tried to warn, but the powers that be seem to want to silence the truth and give voice to the lies. Well, the documents don’t lie. Cambridge University performed CONvid-1984 screening at the end of November through the first week in December 2020. Guess what they discovered? Of the more than 9,000 students they tested with the PCR test that tested positive, all of them were found to be false positives.

According to the Cambridge report, which can be viewed below, and on the site here, only 10 people tested positive, but all ten were deemed false positive.

The results speak for themselves.

Remember, Dr. Kary Mullis, the creator of the PCR test said the following.

“Anyone can test positive for practically anything with a PCR test, if you run it long enough… with PCR if you do it well, you can find almost anything in anybody… it doesn’t tell you that you’re sick.”

Keep this in your mind the next time the propagandizing, CIA-controlled, corporate-owned, useful idiots in the media and the bought-off puppets in government continue to tell you the CONvid tests are going up.