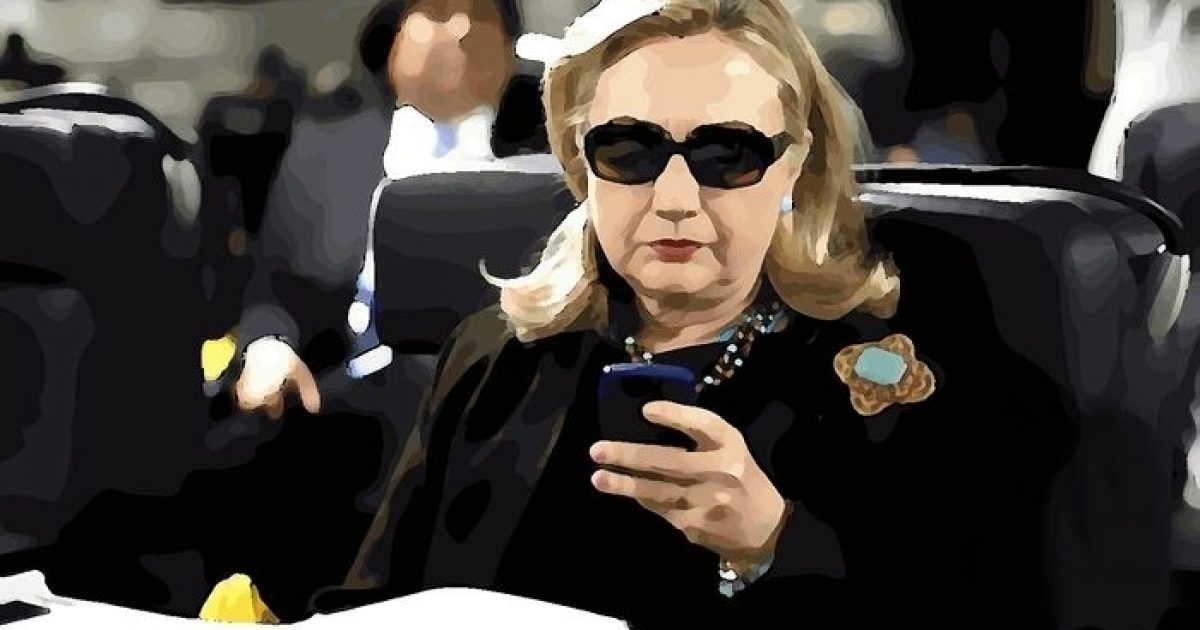 Well, it’s no bombshell that former Secretary of State Hillary Clinton should have known and did know better than to be using an illegal email server and unsecured devices to communicate, especially classified information.  It wasn’t a mistake.  It wasn’t poor judgment.  It was disdain for the law.  She was warned over and over, even after having been First Lady decades ago.  She should have known, and now, the former Secretary of State for Diplomatic Security has testified under oath, which is a bombshell, that he warned Clinton twice against using unsecure Blackberrys

and personal emails to transmit classified material while she was Secretary of State.

Depositions were acquired by Judicial Watch of Boswell’s testimony, in which he stated that both Clinton and her staff were”wedded to their Blackberrys,” and claimed the former State Department employees “were shocked” upon learning that Clinton used clintonemail.com to conduct official government business.

Below is the transcript of the deposition.

According to Judicial Watch, Boswell said stated the following:

Judicial Watch was granted both depositions and written questions under oath of former Clinton aides, State Department officials, and others:

Judge Royce Lamberth ordered that the Boswell video be sealed.

Judicial Watch President Tom Fitton said, “Thanks to our court-ordered discovery, we now have confirmation that Hillary Clinton was warned by the top security official in the State Department that unsecure Blackberry

and email use was a security risk, yet Hillary Clinton ignored these warnings.”

And here we are years later, and nothing has been done about it.

We knew that she was doing all of this.

We know that the FBI knew she was doing it.

We know the Obama White House knew she was doing it.

The DOJ under Obama knew she was doing it.

We know that many on her staff knew she was doing it.

My goodness, even her maid knew she was doing it!

Yet, she walks free.  No indictment, no threat of arrest, and I don’t see it coming in her lifetime either, despite what people continue to hope.

I’m not writing that to diminish people’s hopes, but honestly, I’ve not seen any effort to bring justice upon anyone in the Obama administration, which is the job of the Executive Branch.  Instead, back peddling on that began just moments after the election of President Donald Trump, long before Robert Mueller began investigating a non-crime.

Let’s see if anyone will offer anything more than rhetoric in the coming days.  I’m not holding my breath.