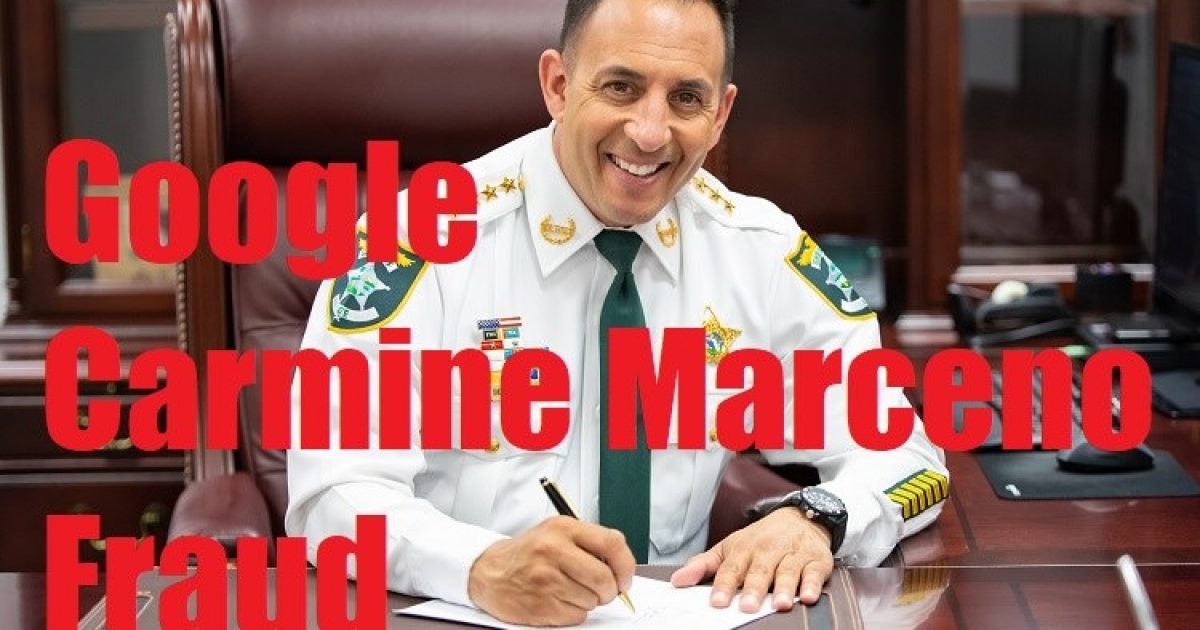 OK, let me be clear up front: my reports have never been to state that Lee County Sheriff Carmine Marceno, who was appointed, not elected, by then-Governor Rick Scott had to have certification to be sheriff. That is an elected position that anyone who runs and is elected may fill. My reporting and documentation have been to demonstrate that for over a decade before becoming sheriff, Marceno was, in effect, impersonating a police officer as he never met the out of state requirements of Florida law to bypass police academy training in Florida. Now, even the Lee County Sheriff’s Office (LCSO) has admitted to The Washington Standard that they don’t have his credentials regarding that.

If you have not followed this story, I laid out the Florida law, what the Florida Department of Law Enforcement (FDLE) says about the law and demonstrated with documentation that Carmine Dominic Marceno committed a felony in the state for over 16 years.

Those articles can be accessed below, as well as his fraud concerning his education.

This was my request:

I have been told by FDLE that certification 76 and 76a are held by the employer. I am requesting those of Sheriff Carmine Dominic Marceno in conjunction with Florida law and any and all certifications other than that that pertain to Mr. Marceno during his time at Lee County Sheriff’s Office.

What was the response? “No Documents Responsive to your Request.”

Now, you may be wondering what a 76 and 76a certification is. Glad you asked.

According to FDLE, it is Exemption from Training and Exemption from Training – Proficiency Demonstration. In other words, these are the forms that are to certify that Marceno met Florida law to bypass nearly 800 hours at the police academy after transferring from Suffolk County Park Police as a part-time park ranger to Florida.

Not only did Marceno not complete the required 12 months of full time sworn duty as an officer in New York, but he was never to take an equivalency of training test in the first place. Yet, they gave it to him and he failed it twice.

However, they never provided a record of his retaking the course classes that he failed and the retaking of the EOT. They just claim he eventually was certified in 2002.

There are no documents that I have been able to retrieve from anywhere he has worked or at FDLE, which claims they don’t keep them, that would substantiate the claims that he was ever lawfully wearing a badge and carrying a gun in the state of Florida.

And every single one of them has remained silent, buying time, not doing anything about the criminal top cop in Lee County.

As a result, anyone who has ever received a speeding ticket, been arrested or unethically handled by Marceno, including Deanna Williams whom he pursued for sex, impregnated and wanted her to murder the unborn child, should have a case for getting rid of any convictions in which Marceno was involved. Because before he became sheriff, he was committing a felony every day he put on the uniform by impersonating a police officer.

There is no doubt in my mind that Naples Police Department aided and abetted him in his crime, as they didn’t deal with it. Collier County Sheriff Kevin Rambosk also would have had to have known, as did former Lee County Sheriff Mike Scott. If they didn’t know, they are either sadly negligent or willfully aiding and abetting a felon. It’s one or the other.

Sadly, everyone and anyone who has the authority to do anything about the matter remains silent. Why is that? Maybe you would like to call and ask them.

For previous articles in this series: