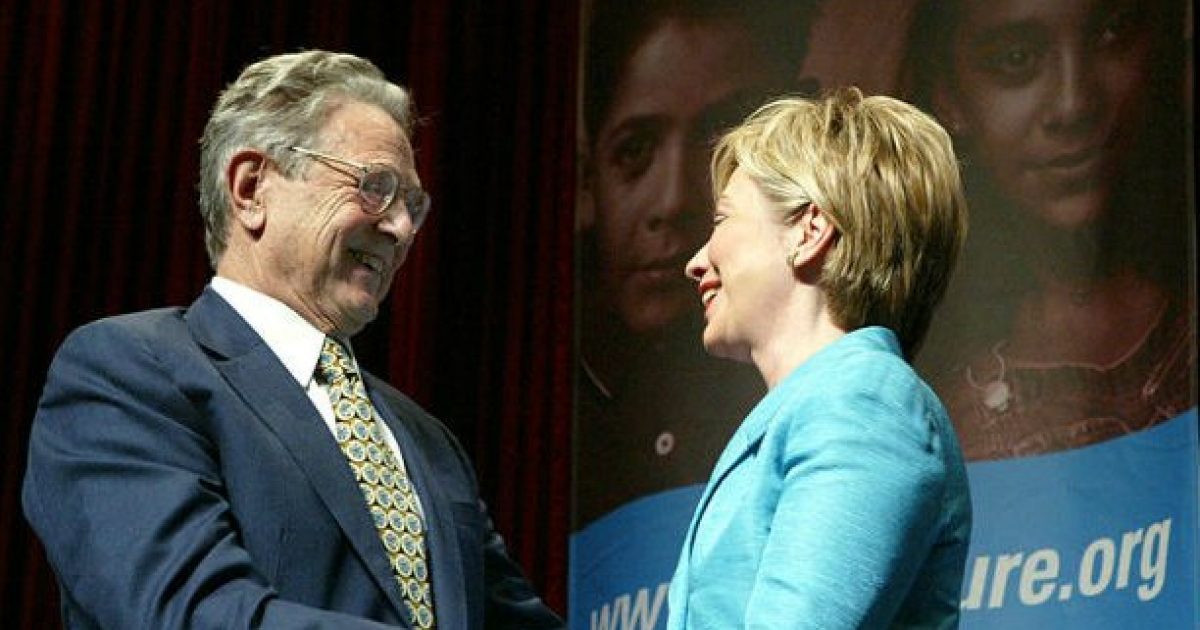 Big news but hardly surprising. Soros is the black hand.

THE SECRETS TO THE DEEP STATE COUP TO PREVENT DONALD TRUMP FROM WINNING THE 2016 ELECTION AND THEN TO OVERTHROW HIS GOVERNMENT ARE SLOWLY BEING REVEALED.

TO NO ONE’S SURPRISE THE PLOT LEADS BACK TO DNC BILLIONAIRE DONOR AND ANTI-AMERICAN ACTIVIST GEORGE SOROS.

George Soros was interviewed years ago on CBS’s 60 Minutes where he admitted helping Nazi’s during World War II steal from Jews during the war. Soros is Jewish. He was not apologetic.

Actually, Soros left Judaism long ago. George Soros has said that he “grew up in an anti-Semitic home,” and that his parents were “uncomfortable with their religious roots.” They even changed their name from Shwartz to Soros in 1936 to disassociate themselves from the Jewish community.

Soros was also reportedly behind the airport protests in the US shortly after President Trump’s inauguration. A week before that Soros was reportedly behind 50 Groups involved in the ‘Women’s March the day after the inauguration. Before that, Soros was connected to the groups demanding election recounts after the November 8th election and Soros money was funding more protests during these efforts.

George Soros was connected to every major protest after the election and many, if not all leading up to the election, including Black Lives Matter.

And now we know that the beginnings of the fake Anti-Trump Russia dossier leads back to George Soros.

Yesterday OANN released video on the formation of the phony Anti-Trump Russia dossier. They start with George Soros.

As we reported in December 2018 and was confirmed in the OAN video, in early 2016 Telizhenko was approached by DNC operative Alexandra Chalupa. She is still working at the DNC. She wanted dirt on Trump and his campaign manager Paul Manafort.

The Gateway Pundit spoke with Telizhenko on the DNC Russia-gate Scandal.

Andrii Teslizhenko worked in Washington DC at the Ukraine Embassy in 2016. Now Andrii is a political consultant. Andrii was approached by a DNC operative during the 2016 election (March-April 2016).