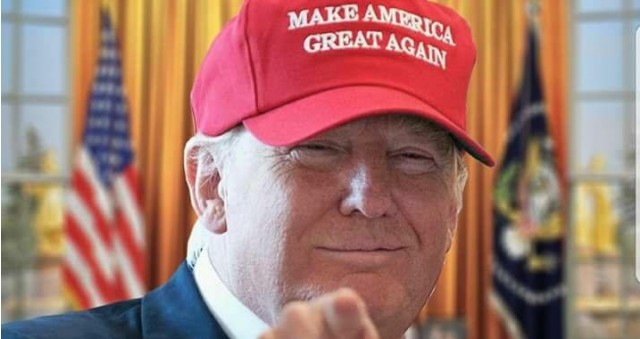 (TNS) Earlier this fall we reported that the state of Minnesota, which President Donald Trump only lost by a point-and-a-half in 2016, is trending redder.

Regions that have voted blue for years are now solidly in his corner, if not in the Republican camp altogether.

Some Democrats from Minnesota, which has also produced the likes of anti-Semitic Rep. Ilhan Omar, are beginning to get the pro-Trump message, proving again that all politics really is local.

After reports surfaced Saturday claiming New Jersey Democratic Rep. Jeff Van Drew will not only refuse to support impeachment of the president but actually switch to the GOP after talking with Trump last week, his Minnesota colleague, Collin Peterson, will be joining him in voting “no.”

What’s more, Peterson believes that four-to-five other Democrats will be joining him.

In addition, Peterson thinks the whole Democrat-led process of trying to “get” the president via impeachment has been a sham.

He says everything that’s been presented in terms of “evidence” against the president (re: ‘Ukraine’) is “second-hand.” There’s no crimes there, either.

Peterson went onto note that “more than half” the people he represents in his district “want to get rid of foreign aid” altogether; Trump has been against merely handing out billions of taxpayer dollars to countries and getting nothing in return, including accountability, for the money (which is at the core of his ‘request’ to Ukrainian President Zelensky to ‘do us a favor’ and investigate reported corruption involving Joe and Hunter Biden as well as the DNC and Hillary Clinton).

Peterson said Trump “has not committed a crime” and most people in the Seventh District don’t think the US should provide foreign aid, so they are not troubled at all if Trump withheld funds to Ukraine. Peterson also said the case against Trump only includes “second-hand” information about Trump’s questionable phone call.

Peterson said the “biggest problem” he has with this impeachment process is that people decided in advance they were going to impeach Trump “and now they’ve spent a year trying to figure out how they can make a case for it. That’s backwards. I just don’t agree with this.”

Peterson said he expects the House will vote to impeach Trump and then it will go to the Senate where he predicts the president will be acquitted.

“This is dividing the country for no good reason because he’s not going to be thrown out of office,” he said. “Why are we doing this?”

Unlike Van Drew, Peterson is no House freshman. He has served since 1991, is the most senior member of Minnesota’s House delegation, and chairman of the Agriculture Committee.

Having him bail on impeachment is a big deal, though the rest of the Garbage Party media will never portray it as such.