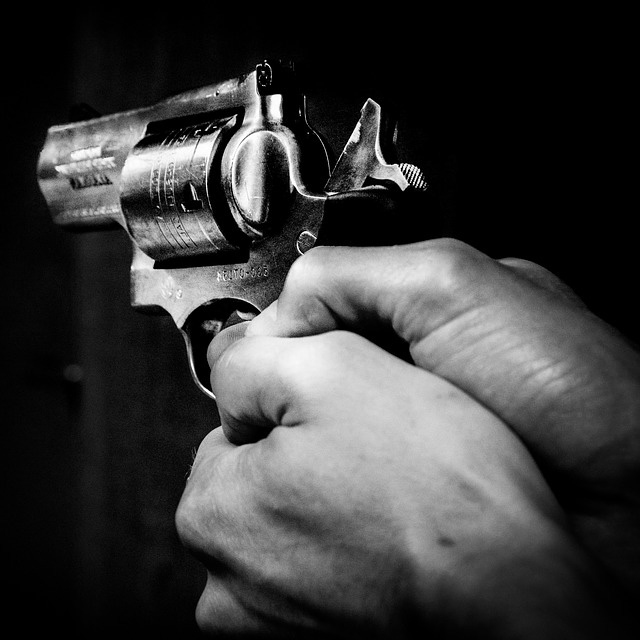 Yet another major university study on gun crime/fire homicide in America proves what we all privately know (and what Family Guy in the show’s infancy dared admit in the guise of a joke), yet dare not publicly speak – guns don’t kill people, dangerous minorities do. [Young People Of Color Are The Most Frequent Victims Of Gun Homicides, WNPR.org, November 25, 2019]:

Overall crime in the United States has been declining since the early 1990s. But the same cannot be said for gun violence, which has seen a slight uptick in recent years. A new report from Boston University found that uptick has been led by an increase in homicides of young people — particularly of young black and Hispanic men.

Researchers at Boston University, led by Dr. Bindu Kalesan, looked at national gun violence data from 1999 to 2016. From 1999 to 2014, gun violence rates stayed steady. But after 2014, there were increases in rates of both fatal and non-fatal firearm related injuries.

The research showed many differences in how gun violence affected communities. For example, the rates of suicide were high for white men, while black men were more likely to be victims of homicide.

Kalesan believes the problem of gun violence is a complicated one and can’t be solved with sweeping legislation.

She says it’s key we “understand the communities and provide interventions, which are specific for that community,” Kalesan said, “rather than passing some strange law like a bump stock ban.”

A Patchwork Of Laws

Kalesan found that even in states that had passed gun control legislation, mortality rates kept rising. She believes this is partially due to a lack of community resources but also because states across the country have different gun control laws.

“We need something at the national level — the federal level — which is very restrictive to be able to make anything effective in any state,” Kalesan said. “And we haven’t done that yet!”

Why are we so afraid to admit the racial reality of gun crime in America? Because the entire criminal justice system – and the reasons behind the lack of enforcement of violent gun crime – would become apparent.

There is no white privilege in America.

Social policy in America shouldn’t be based off of individuals, but on pattern recognition. And once we can de-couple ourselves from white guilt impeding our every judgement, we can once again base law and social policy on reality instead of wishful thinking.