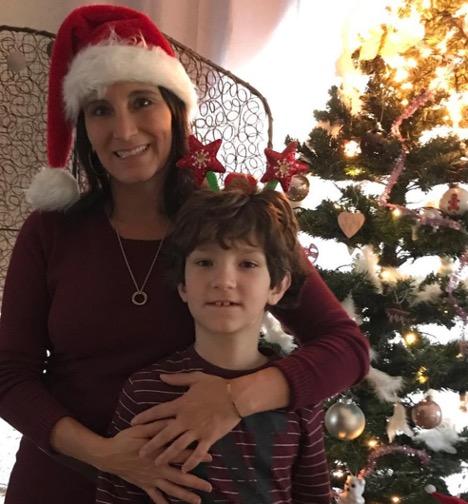 I would like to start off this article with a common-sense question: What do you think of an individual, or a group of men and women, that sits around a table and gives the green light to stalking and then murdering a woman for simply exposing the lies of Big Pharma companies in an attempt to save countless lives (Isaiah 28:18; John 8:44), thereby leaving a 9-year-old boy motherless?

Americans can stick their heads in the sand for so long when it comes to these issues because it has been going on for a long time now in this country (Jeremiah 5:21).

It is clear that these companies do not want healthy people, and when anyone stands against them to call them out for who they are, they want them silenced.

The list of deaths is mathematically impossible to justify in casting off as coincidental.

Brandy Vaughan, a well-known anti-vaccination activist who founded a California nonprofit, has died, according to posts from multiple friends and supporters. Vaughan was known for her public stance against vaccination through Learn the Risk, a nonprofit organization she founded in response to mandatory vaccine laws. She was a former Merck sales representative, according to her bio on the Learn the Risk website.

Her Facebook page explains, “Former pharmaceutical insider on a mission to create a healthier world one person at a time by educating on the real risks of pharma drugs and vaccines.” You can find her website here.

People stressed the importance of her work in tributes, and supporters considered her a whistleblower of sorts. “This women put her life on the line to spread truth. RIP thank you for what you have done for humanity,” wrote one on a GoFundMe page in her name.

Another woman wrote, “A true hero, inspiring me to learn more and be braver. The time I had to learn from her and to chat with her and made a lasting impact. Her legacy will live on and on. May she receive justice.”

Another wrote, “Thank you for fighting the tough fight against big Pharma!”

This video exposes the intimidation tactics that were being used to first silence Brandy and she wanted the world to know what was taking place behind the scenes.

A friend, who writes at Health Nut News, shared a Facebook post in which Vaughan wrote, “I’ve NEVER had any thoughts of taking my own life, not once, ever. Even before I had my son.”

She said she has sole custody of her son and “he needs me as much as I need him. I would NEVER think of leaving him for a second. I have NEVER been on an anti-depressant nor been diagnosed as depressed…I’ve NEVER taken a daily pharmaceutical drug…There’s no way anyone could get into my house, no robbers, no angry exes…no fanatical people.. my house is like Fort Knox… unless it was someone super professional.”

In conclusion: How Americans see others stand up to defend them, to protect them from harm’s way and then turn and act if that sacrifice was not given on their behalf bewilders me as does it anger me (Hebrews 10:26).

Apparently, many Americans have not understood that as they continue to ignore the sacrifice and live for what many of these heroes have sacrificed to give us, that the evil they meant to deter is being drawn unto their front doors (Amos 6:3).

Thank you Brandy for doing your part in all of this. We have taken notice. Your sacrifice will not go in vain here, R.I.P!