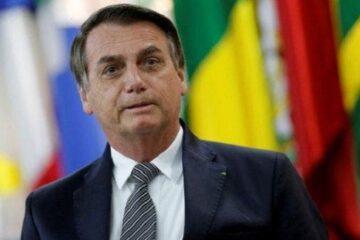 President Jair Bolsonaro urged the people he represents to arm themselves to fight against tyrannical elites who seek to enslave them, and he’s right on point.

On Friday, the president said that “everyone should buy a rifle.”

By the way, though there is a claim that Brazil faces one of the largest numbers of the CONvid-1984, they have been effectively using Chlorine Dioxide to treat the people.

“Everybody has to buy a rifle, damn it! The armed people will never be enslaved. I know it costs a lot. An idiot says: ‘Ah, what you have to buy is beans,’ if you don’t want to, don’t buy the rifle, but do not come to disturb whoever wants to buy it,” Bolsonaro told reporters.

“In a country with more than half of the population under food insecurity and in the midst of a new increase in the price of food, gasoline, gas, and electricity; Bolsonaro.”

In 2019 Bolsonaro approved a decree to facilitate the sale of arms, raising to six the number of weapons that civilians can have and up to 60 the amount of these lethal devices allowed to shooters and hunters.

Although Congress has modified some bills thus far, the Brazilian president has signed 11 bills and eight decrees to expand the arms sales market further. It is estimated that since these measures were implemented, an arm is sold in the South American country every three minutes.

TRENDING: Arizona: “They Silenced My Daughter” – Mom Claims Cops Killed Her Daughter To Keep Her Quiet About Rape

During his campaign for office, Bolsonaro vowed to relax Brazil’s gun laws so that citizens could protect themselves from the country’s rampant crime and violence.

And he kept that promise, issuing almost a dozen decrees that made firearms, including semi-automatic assault rifles, more easily available to the public. Some of them, however, were modified by the National Congress.

The president’s latest initiative in February allowed Brazilian citizens to own up to six guns and stripped back federal police and army oversight of firearms ownership. Those with hunting licenses are now free to buy 30 guns, while sports shooters can have as many as 60.

According to data obtained from law enforcement by O Globo newspaper, the number of firearms in private ownership in the country has increased from around 700,000 to over 1.2 million since 2018.

Bolsonaro previously made waves for not taking the COVID shot.

Back in September, Brazil launched massive protests against the COVID tyranny. I’m sure that Bolsonaro can see clearly which side he must be standing on.