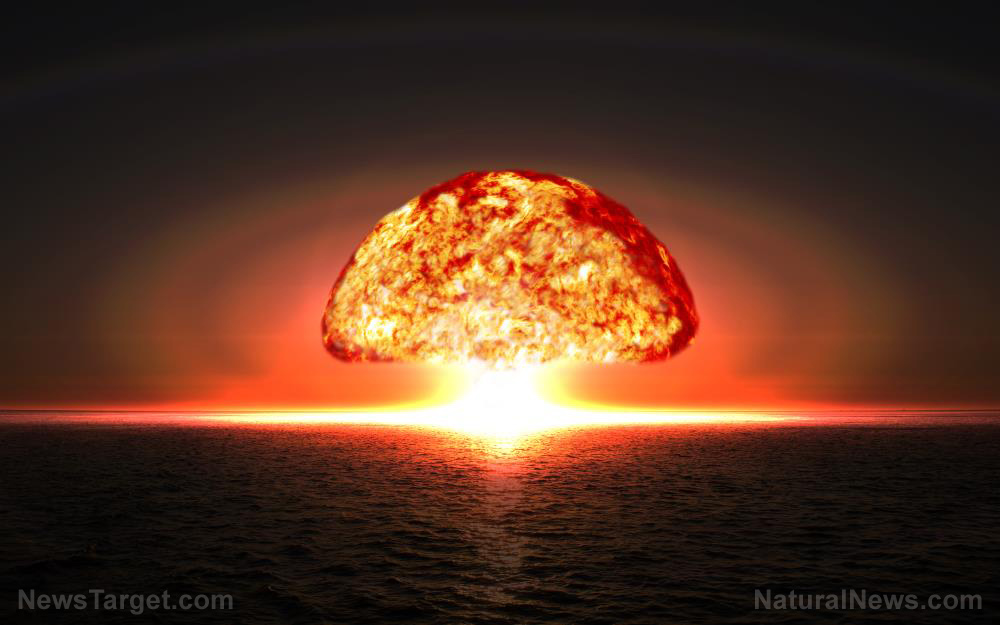 (Natural News) Communist China, which has now achieved complete control of Google, Facebook, YouTube, Twitter and other tech giants, is planning on launching an “EMP Pearl Harbor” attack on America that would kill an estimated 90% of the U.S. population, warns a truly alarming new report from the EMP Task Force on National and Homeland Security.

The report, shown below, is authored by Dr. Peter Vincent Pry and warns that China now possesses three key technologies — mostly derived from stolen intellectual property — that are being prepared to launch a first strike attack against the United States of America.

1) EMP warheads mounted on missiles which can be launched against naval ships as well as U.S. cities or battlefield targets. These weapons destroy all modern electronics, disabling the U.S. power grid and sending cities back to the 19th century. They can also disable naval vessels. (Read EMP.news for more details about EMP weapons.)

2) Hypersonic missiles that travel at multiples of the speed of sound, bypassing modern anti-missile defenses, allowing China to achieve precision kinetic strikes on targets deep inside the U.S. mainland (such as military installations or even the White House).

3) EMP satellite weapons, which are satellites armed with nuclear weapons that are fine-tuned to unleash EMP explosions in orbit, intended to wipe out U.S. satellites that are key for military communications.

More details on these weapons are offered in this AllNewsPipeline article which adds:

In future high-tech warfare under informatized conditions, information warfare will span multiple dimensions, including ground, sea, air, and the EM spectrum. Information superiority has already become central and crucial to achieving victory in warfare…If the communications equipment used for the transmission of battlefield information were attacked and damaged by an opponent’s EMP weapons, then the one attacked would face the danger of disruption in battlefield information transmission. EMP severely restricts the tactical performance and battlefield survivability of informatized equipment.

These weapon systems follow in the footsteps of the Wuhan coronavirus bioweapon which was funded in part by Obama’s NIH, allowing China to build a deadly biological weapon that was released onto the world in late 2019, devastating world economies. Now, China is looking to follow up its bioweapons release with an EMP attack.

China intends to launch a surprise attack on America

As the report states, many U.S. military leaders are well aware that China is not merely taking a defensive stance but intends to launch these weapons as a “Pearl Harbor” first strike offensive weapon. From the report:

Chief of U.S. Strategic Command, Admiral Charles Richard, testified to the Senate Armed Services Committee in February 2020 that he could “drive a truck through China’s no first use policy.”

China’s unprecedented rapid expansion of its nuclear and missile capabilities is not consistent with a belief in “Minimum Deterrence” and “No First Use” but looks imitative of Russia’s policy seeking escalation dominance for nuclear diplomacy and nuclear war fighting. Lt. General Robert Ashley, Director of the Defense Intelligence Agency, warned in 2019: “China is likely to at least double the size of its nuclear stockpile in the course of implementing the most rapid expansion and diversification of its nuclear arsenal in China’s history… China launched more ballistic missiles for testing and training than the rest of the world combined.”

The EMP weapons that China is perfecting would destroy the power grid, collapsing the United States of America into mass starvation, chaos and economic collapse. Although this seems to be exactly what Democrats want for America, it’s obviously a very dangerous scenario. This achieves China’s goal of eliminating the American people without destroying the natural resources and farmland through the use of nuclear weapons, which contaminate soils for three centuries with radioisotopes.

As Pry explains in the report, “a highly computerized open society like the United States is extremely vulnerable to electronic attacks from all sides. This is because the U.S. economy, from banks to telephone systems and from power plants to iron and steel works, relies entirely on computer network.”

Once the American people begin to die off in large numbers, China will stage a military invasion to occupy America and kill any remaining resistance. At that point, China will claim America for itself and begin a mass migration effort to colonize America with communist Chinese.

All this has been meticulously documented by people like J.R. Nyquist (JYquist.blog) and Dave Hodges (TheCommonsenseShow.com), both of whom I have interviewed about these critical issues:

And here’s a recent interview with Hodges about the coming invasion of America by Chinese troops:

Brain dead Leftists think they want to live under communism, not realizing they will be among the first who are executed by the communist Chinese

Leftists in America today are delusional, deranged lunatics who think they want to live under communism. But if they get their wish, they will actually die under communism, because communist China has no plans to allow American liberals to continue to occupy North America once the next phase of World War III is unleashed.

In fact, no nation in the world has any use for a culture of cognitively retarded crybully snowflakes who don’t know how to produce anything but have been brainwashed into “victimhood” by a failed education system and a corrupt, propaganda-pushing fake news media complex. If the communist Chinese succeed in their invasion plans, libtard Leftists will be among the very first who are lined up and executed.

That’s why Leftists in California, Oregon, Washington, New York and other left-leaning states will find themselves either executed, rounded up for labor camps or used as sex slaves for the invading Chinese army. No doubt left-wing white women who currently bow down before Black Lives Matter terrorists will probably also bow down before their communist conquerors, celebrating the end of America while they are mercilessly raped by occupying Chinese troops. White guilt has no limit, it seems, as we’re already seeing with the Mayor of Seattle surrendering to Black Lives Matter terrorists.

All the institutions of America are now allied with communist China in seeking the destruction of our constitutional republic. These include the tech giants like Google, Hollywood and the entertainment industry, the corporate-run media establishment, the U.S. Congress and the deep state intelligence community. Every element in American society, it seems is actively begging for communism while working diligently to destroy the rule of law in America, overthrow the U.S. Constitution and end democracy (and free speech) forever.

This is why if America is to survive, the American people must rise up now and take their country back from the left-wing traitors and terrorists who are collaborating with China to destroy this great nation.