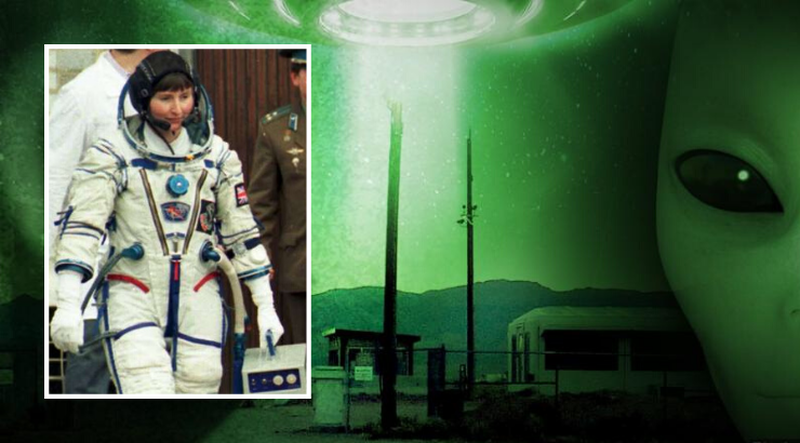 According to the first Briton to go into space, Dr. Helen Sharman, extraterrestrials do exist, and it could even be possible that they are among us here on Earth. Sharman recently spoke with Observer Magazine about her beliefs on the possibility of other intelligent life in the universe, and had some very surprising things to say.

She seemed extremely confident in her beliefs, saying with certainty:

SpaceX Sends Falcon 9 to ISS With 5,700 Pounds of Supplies

“Aliens exist, there’s no two ways about it.“

“There are so many billions of stars out there in the universe that there must be all sorts of different forms of life,” she added.

Sharman surmised that aliens could even walk among us, but perhaps they are just invisible to our senses.

“Will they be like you and me, made up of carbon and nitrogen? Maybe not. It’s possible they’re here right now and we simply can’t see them,” Sharman explained.

Aliens were not actually the primary focus of the interview, but rather, it was a discussion about her career and experiences as the first Briton in space. Sharman also noted her frustration about the media regularly referring to her as “the first British woman in space,” instead of simply “the first Briton.”

“It’s telling that we would otherwise assume it was a man. When Tim Peake went into space, some people simply forgot about me. A man going first would be the norm, so I’m thrilled that I got to upset that order,” she said.

Sharman is currently a chemist, who works at Imperial College in London, and was recognized in the 2018 New Year’s honors list last year. And in May of 1991, Sharman traveled to the Soviet space station Mir, becoming the first Briton to take the trip into space.

Others who were connected with previous space programs have also come forward with similar claims in recent years.

Samples taken from the soil on Mars during these missions were later found to contain organic compounds. NASA scientists even suspected that carbon dioxide was contained in the samples, which they believed was being “regenerated, possibly by microorganisms as on Earth.”

Levin says that NASA should have followed up and conducted more research on this incredible finding, but the space agency ultimately concluded that they only found a “substance mimicking life, but not life.”

Authored by John Vibes via TheMindUnleashed.com,