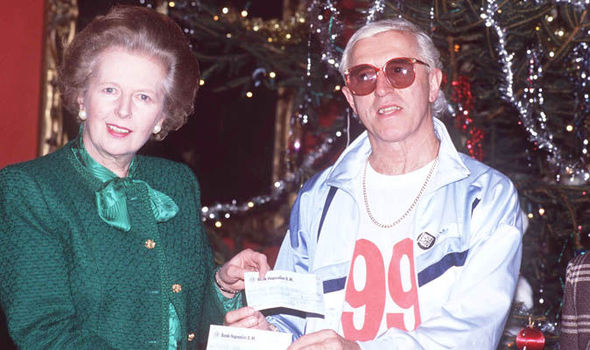 The entire corrupt house of cards is being exposed when it comes to the criminal behavior of British police and politicians. While a long-awaited report has sought to dispell the claim that there is an “organised Westminster paedophile network,” it clearly shows that those in authority failed to deal properly with child sex abuse and “turned a blind eye” to it.

The 173-page review, following hearings over the past two years, names several prominent MPs, including the Liberal MP Sir Cyril Smith and the Conservative Sir Peter Morrison, as being “known to be active in their sexual interest in children” but who escaped prosecution.

“The police paid little regard to the welfare of sexually exploited children,” the report says. “Political parties showed themselves, even very recently, to be more concerned about political fallout than safeguarding; and in some cases the honours system prioritised reputation and discretion in making awards, with little or no regard for victims of nominated persons.

“There is ample evidence that individual perpetrators of child sexual abuse have been linked to Westminster. However, there was no evidence of any kind of organised ‘Westminster paedophile network’ in which persons of prominence conspired to pass children amongst themselves for the purpose of sexual abuse.

“The source of some of the most lurid claims about a sinister network of abusers in Westminster has now been discredited with the conviction of Carl Beech.

“Nevertheless, it is clear that there have been significant failures by Westminster institutions in their responses to allegations of child sexual abuse. This included failure to recognise it, turning a blind eye to it, actively shielding and protecting child sexual abusers and covering up allegations.”

There was no evidence of any prominent individuals ever visiting the notorious Elm guest house in south London, the study concludes.

Smith and Morrison were “protected from prosecution in a number of ways, including by the police, the director of public prosecutions and political parties”, it states.

“At that time, nobody seemed to care about the fate of the children involved, with status and political concerns overriding all else. Even though we did not find evidence of a Westminster network, the lasting effect on those who suffered as children from being sexually abused by individuals linked to Westminster has been just as profound. It has been compounded by institutional complacency and indifference to the plight of child victims.”

The inquiry is highly critical of the former Liberal leader David Steel for failing to investigate allegations against Smith, whom he recommended for a knighthood without “confronting him to ask if he was still committing offences against boys”.

The report says: “Lord Steel should have provided leadership. Instead, he abdicated his responsibility. He looked at Cyril Smith not through the lens of child protection but through the lens of political expediency … When attending the inquiry, far from recognising the consequences of his inaction, Lord Steel was completely unrepentant.”

Peter Morrison was the private secretary to Margaret Thatcher, the British prime minister at the time.

Both Morrison and Smith received knighthoods – a British honour which awards the title “Sir”.

The inquiry found about 30 instances of people’s honours being forfeited after they were convicted of crimes involving sexual abuse.

Thatcher also pushed for a knighthood for Jimmy Savile, which he got in 1990, despite revelations in the media about the TV presenter’s sexual abuse of children, the report said. The inquiry also discussed the Paedophile Information Exchange (PIE), which campaigned for the public acceptance of paedophilia and for changes in the law to allow adults to have sex with children.

It was accepted by some charities as the voice of an oppressed sexual minority and took part in London’s gay pride march in 1983.

“PIE’s aims were given foolish and misguided support for several years by people and organisations who should have known better… There was a fundamental failure to see the problem and a lack of moral courage to confront it,” the report said.

As for David Steel, he announced his resignation from the centrist Liberal Democrat party and the House of Lords on Tuesday.

“We hope this report and its recommendations will lead political institutions to prioritize the needs and safety of vulnerable children,” said Chair of Independent Inquiry into Child Sexual Abuse (IICSA) Alexis Jay.

The only way to really deal with these things is to bring real, meaningful justice. Otherwise, it is only emboldening the criminals to commit more crimes.