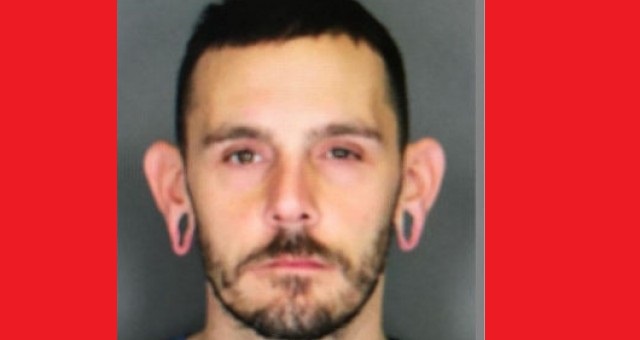 “Having pledged allegiance to ISIS, Clark provided specific instructions for how to conduct attacks in New York City, instructing others on knifing and bomb-making,” said Assistant Attorney General for National Security John C. Demers. “We must remain vigilant to the threat of terrorism. We must remain committed to identifying and holding accountable those who threaten our communities because of their support for foreign terrorist organizations.”

“As he admitted in court today, Zachary Clark pledged allegiance to ISIS and posted calls for attacks on the public and institutions in New York on encrypted pro-ISIS chatrooms,” said Acting U.S. Attorney Audrey Strauss for the Southern District of New York. “He also posted detailed instructions for carrying out those violent acts. Thanks to the Joint Terrorism Task Force, Clark’s efforts to incite deadly violence on behalf of ISIS have been silenced, and he now awaits sentencing for his crimes.”

“Today’s plea by Mr. Clark is yet one more example of the resolve of the FBI’s JTTF in New York, and our many law enforcement partners, to protect this city and our citizens from the danger of lone wolf attacks,” said FBI Assistant Director William F. Sweeney Jr. “Many thanks to all of our partners who work side by side with us every day to neutralize threats of this nature.”

According to the allegations in the indictment, complaint, other court filings, and statements made during court proceedings:

Clark pledged allegiance to ISIS twice, first in July 2019, to ISIS’s then-leader Abu Bakr al-Baghdadi, and then in October 2019, to ISIS’s new leader, Abu Ibrahim al-Sashemi al-Qurayshi, who ISIS promoted after al-Baghdadi’s death. Beginning in at least March 2019, Clark disseminated ISIS propaganda through, among other avenues, encrypted chatrooms intended for members, associates, supporters, and potential recruits of ISIS. Clark’s propaganda included, among other things, calls for ISIS supporters to commit lone wolf attacks in New York City. For example, on Aug. 3, 2019, Clark posted instructions about how to conduct such an attack, including directions on how to select an attack target, how to conduct preoperational surveillance, how to conduct operational planning, and how to avoid attracting law enforcement attention when preparing for and conducting the attack. On another occasion, Clark posted a manual entitled “Knife Attacks,” which stated, among other things, that discomfort at “the thought of plunging a sharp object into another person’s flesh” is “never an excuse for abandoning jihad” and that “[k]nives, though certainly not the only weapon for inflicting harm upon the kuffar [non-believers], are widely available in every land and thus readily accessible.” Clark urged the participants in encrypted chatrooms to attack specific targets, posting maps and images of the New York City subway system and encouraging ISIS supporters to attack those locations. Clark’s guidance also included posting a manual entitled “Make a bomb in the kitchen of your Mom,” which was issued by al-Qaeda in the Arabian Peninsula and included detailed instructions about constructing bombs using readily available materials.

Clark, 41, of Brooklyn, New York, pled guilty to one count of attempting to provide material support or resources to a designated foreign terrorist organization, namely, ISIS, which carries a maximum sentence of 20 years in prison. The maximum potential sentence in this case is prescribed by Congress and is provided here for informational purposes only, as any sentencing of the defendant will be determined by a judge.

Assistant Attorney General Demers and Ms. Strauss praised the outstanding efforts of the FBI’s New York Joint Terrorism Task Force, which consists of investigators and analysts from the FBI, the NYPD, and over 50 other federal, state and local agencies. Ms. Strauss also thanked the Counterterrorism Section of the Department of Justice’s National Security Division.

This prosecution is being handled by the Office’s Terrorism and International Narcotics Unit. Assistant U.S. Attorneys Gillian Grossman, Matthew Hellman, and Sidhardha Kamaraju are in charge of the prosecution, with assistance from the National Security Division’s Counterterrorism Section.