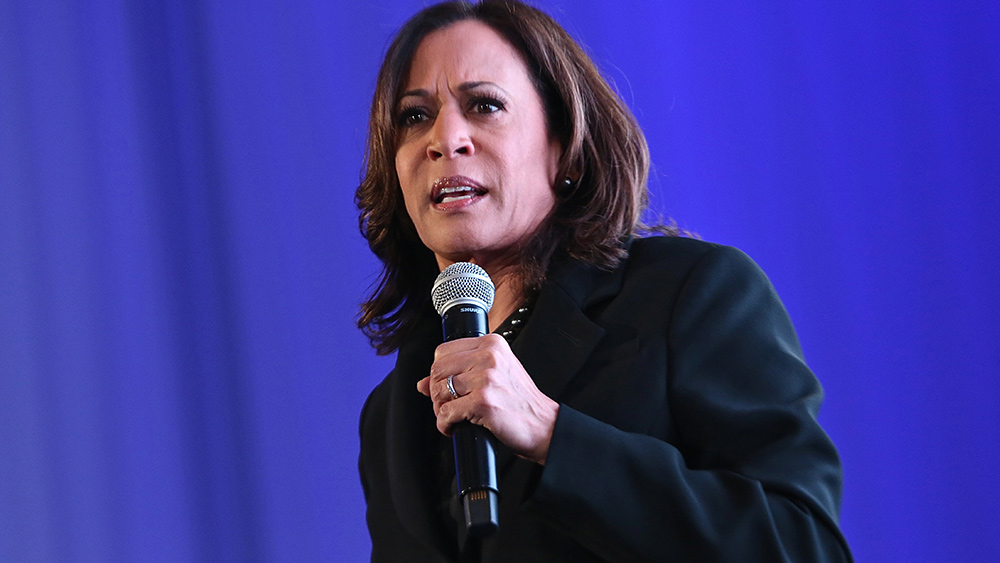 (Natural News) Vice President Kamala Harris did what she does best earlier this week: She stuck her foot in her mouth when it comes to talking about administration policy.

In particular, she claimed that the porous southwest border, which has experienced record numbers of illegal crossings since our dementia commander-in-chief, Joe Biden, reversed President Donald Trump’s immigration and border security policies, was “secure” when it clearly isn’t.

In an interview on Sunday with “Meet the Press” host Chuck Todd, Harris, who was named ‘border czar’ by Biden shortly after they both took office, was asked about the status of the situation when she gave a cringeworthy response.

“I think that there is no question that we have to do what the president and I asked Congress to do. The first request we made, pass a bill to create a pathway to citizenship. The border is secure, but we also have a broken immigration system, in particular over the last four years before we came in, and it needs to be fixed,” she said.

But early Thursday morning, two busloads of illegal migrants showed up at the Naval Observatory in Washington, D.C., which is the official vice presidential residence, compliments of Texas GOP Gov. Greg Abbott.

According to Conservative Brief:

The arrival of the illegal migrants outside Harris’ residence came just hours after Florida GOP Gov. Ron DeSantis followed through on his vow to send illegal migrants to ritzy Martha’s Vineyard, where the Obamas have a home, among many other notable wealthy Americans.

“Yes, Florida can confirm the two planes with illegal immigrants that arrived in Martha’s Vineyard today were part of the state’s relocation program to transport illegal immigrants to sanctuary destinations,” an official for DeSantis’ office said in a statement, according to Fox News.

“States like Massachusetts, New York, and California will better facilitate the care of these individuals who they have invited into our country by incentivizing illegal immigration through their designation as ‘sanctuary states’ and support for the Biden Administration’s open border policies,” the statement added.

“It was a great ploy by Governor Abbott to bring attention back to something that was kind of fading away from mainstream media,” Boyd said. “He’s put it back in their lap, and I applaud him for what he’s done.”

“The border is wide open,” Boyd said. “In Texas, the Border Patrol is encountering over 100,000 illegal aliens. So every month, Border Patrol agents tell me that on a good day, they encounter between eight and 15 percent of the number of people that actually come across.”

“My priorities is [sic] the security of my county here. But it’s very hard to keep that,” Schmerber said. “We’re having all kinds of people, immigrants coming through this area here. I’m very worried in reference to who’s coming through. I know there’s people that want to make a better life, but then there’s people that want to take advantage of the situation, the criminal element. That’s my worry and that’s my priority to make sure it’s secure. But with my number of deputies, it’s very hard to work on it.”

“I haven’t seen anything that would stop this immigration problem coming through to the USA. I worked with the Border Patrol, I retired from Border Patrol, and I have never seen something like this. Once in a while we would see – with a change of administration. We’d have a little problem but we’d stop it right away. This is not happening right now,” the sheriff added.

“They [migrants] want to keep going north. So they will see it eventually,” Schmerber told Cavuto.