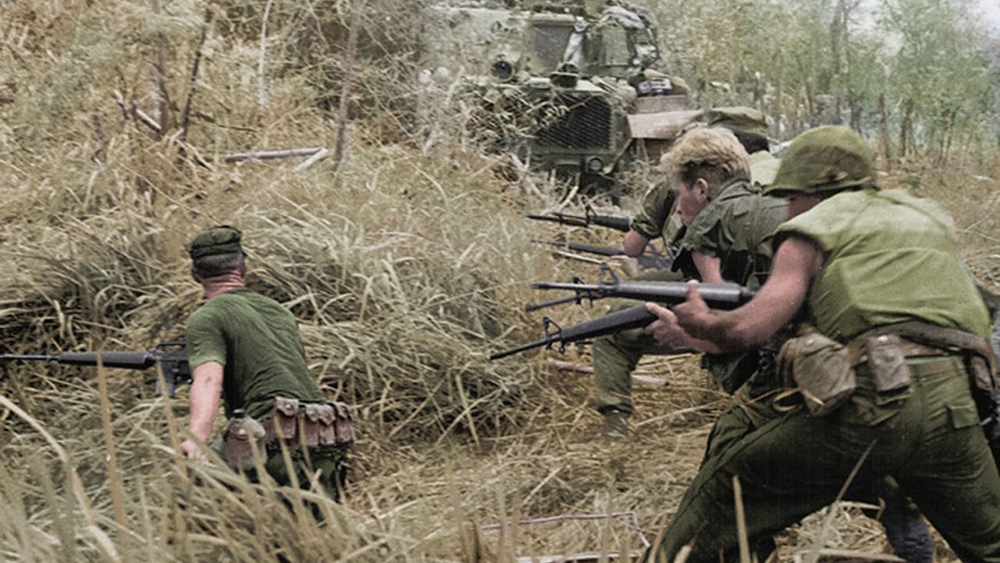 (Natural News) In early March, I publicly predicted there would be 580 coronavirus deaths in the United States by April 5th. At the time, the projection — which was based on solid mathematical modeling — seemed insane to most people. They couldn’t imagine 580 deaths from the coronavirus in the United States. (Most people are not very mentally flexible, and they can’t follow exponential math.)

Today, the number of deaths from coronavirus in the United States surpassed 50,000. As of this writing, the official number is 50,939.

By next Tuesday, this number will exceed the number of Americans who died during the Vietnam War (or “conflict” if you use the government’s official terminology). That number is 58,220, and it includes both combat deaths and non-combat deaths, according to historical records.

Daily deaths from the coronavirus in the United States continue to track at over 2,000 per day for most days spanning the last two weeks: (source: Worldometers.info) 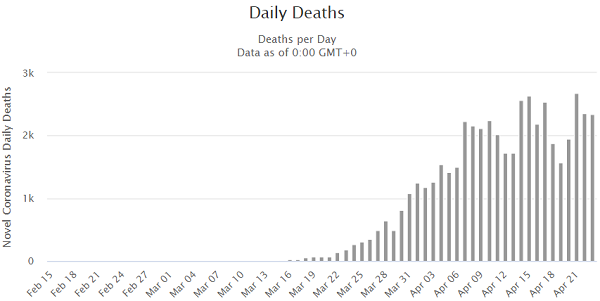 It means the coronavirus is now producing war-level casualties in the United States. In fact, we believe it is a war — a biological war launched by China against the world, based on a genetically engineered weapon that was developed in a Wuhan BSL-4 laboratory (which turns it to have been partially funded by Obama’s NIH, by the way).

Even under strict lockdowns and social distancing measures, covid-19 continues to be the No. 1 cause of death in America on a day-to-day basis, greatly exceeding daily deaths from cancer, heart disease, obesity, diabetes, car accidents or even the regular flu.

See this comparison chart for a visual representation using data from three days ago:

This of course blows away any last shred of denialism from those who desperately cling to the debunked myth that the coronavirus, “is no worse than the flu.”

Without lockdowns, we would already be at 4,000 deaths per day in the United States

By early July, the United States would have been witnessing 80,000 deaths per day.

You can’t run an economy with dead people, it turns out, although the U.S. Treasury is certainly trying hard by sending bailout checks to the deceased.

Anyone who thinks the U.S. economy can be saved by ending all lockdowns with no precautions is delusional. Then again, they were delusional from the start and couldn’t even imagine 580 people dying, much less millions.

The lesson in all this is clear: Never listen to people who can’t psychologically handle rapidly changing circumstances. They lack mental agility and fitness, and they remain stuck in the past, suffering from normalcy bias that crippled their ability to see the future during times of accelerating change. They are not leaders of the future, they are followers of the past. And in times of a pandemic, they are dangerous to your survival.

Stay informed and stay alive. Read Pandemic.news for the most accurate, science-based analysis in the independent media.