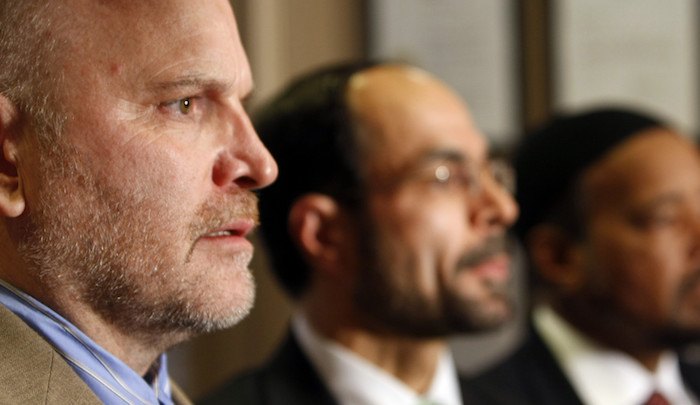 The Hamas-linked Council on American-Islamic Relations (CAIR) sent out a press release last Wednesday demanding that Twitter suspend its most important account: that of President Trump. Because Trump has repeatedly enraged Leftists by going over the heads of the establishment media and talking directly to the American people through his tweets, there are no doubt a large number of tweets that have made Leftists want him gone from Twitter forever. But the one that sent CAIR over the edge committed the sin that is absolutely, finally, unanswerably unpardonable: Trump had the audacity to criticize that sacred cow of all sacred cows, Rep. Ilhan Omar (D-Minn.).

Omar, with her hijab, her immigrant background, and her determination to see nothing good in her adopted homeland is a revered figure on the Left, and particularly among the Islamic establishment that is tied to Hamas and the Muslim Brotherhood. Leftists and Islamic supremacists in the United States love her anti-Americanism, her burning hatred and contempt for the chief executive, her endless victimhood posturing. And there is no reason why they shouldn’t: Antifa, CAIR and their allied organizations are working from the same playbook.

That’s why, when Trump first criticized “The Squad,” the Left was apoplectic. And when the president dared to skewer Omar in particular, CAIR determined that it was time for Twitter to pull the president’s Twitter plug. CAIR “strongly condemned President Trump for sharing a false, Islamophobic smear targeting Rep. Ilhan Omar (D-MN) on Twitter and called on that social media company to suspend the president’s account for violating its terms of service. #SuspendTrump.”

CAIR was enraged because, they claimed, “Trump retweeted a video falsely indicating that Rep. Omar ‘partied on the anniversary of 9/11.’” The video, according to CAIR, “was in fact from a Congressional Black Caucus event held on September 13th to celebrate black women in Congress,” and had been taken down by the Twitter user who originally posted it.

All right. But the claim in this tweet was not Trump’s. Trump is not the nation’s Chief Fact-Checker. He was retweeting someone. If everyone who retweeted an inaccurate claim were banned from Twitter, there would be no Leftists on the platform. What’s more, there is Omar’s notorious characterization of 9/11 as “some people did something,” and her interview in which she laughingly likened the U.S. and Britain to al-Qaeda, saying: “When I was in college, I took a terrorism class. … every time the professor said ‘Al Qaeda’ his shoulders went up. But you know… you don’t say ‘America’ with an intensity, you don’t say ‘England’ with the intensity. You don’t say ‘the army’ with the intensity…but you say these names [of terrorist groups] because you want that word to carry weight. You want it to be something.”

In light of that and more, the possibility that she sounded less than devastated on September 11, 2001, is not all that farfetched. If she did spend the day dazed and broken, as many Americans did, she hides it very, very well.

But that was not all that activated CAIR’s tripwire. The “nation’s largest Muslim civil rights and advocacy organization” raged that “the President added his own comment to the post, stating ‘IIhan Omar, a member of AOC Plus 3, will win us the Great State of Minnesota. The new face of the Democrat Party!’”

So now it is apparently an unpardonable offense that should get you banned from Twitter if you say that the far-Left advocacy of Omar and her Squad cohorts will ultimately redound to the benefit of Trump and the non-Romneyite Republicans. How dare Trump suggest that the Democrats are shooting themselves in the foot by embracing these radicals!

Predictably, Omar claimed victim status in her response to Trump: “The President of the United States is continuing to spread lies that put my life at risk. What is Twitter doing to combat this misinformation?”

CAIR-MN Executive Director Jaylani Hussein doubled down on this preposterous claim that criticizing Omar was tantamount to threatening her life: “It is unconscionable that the president of the United States would so casually promote falsehoods that threaten the life a member of Congress elected by the people of Minnesota. Action must be taken by Twitter against the president and the source of the false information.”

CAIR Executive Director Nihad Awad chimed in with the equally preposterous charge that criticizing Omar meant that Trump was “anti-Muslim”: “President Trump once again displays an absolute disregard both for the truth and for the harm he causes by spreading false, anti-Muslim smears for his own political gain. Twitter must suspend the president’s account and stop his weaponization of social media to target Muslims, other minority communities and his perceived political enemies.”

Omar, Hussein, and Awad don’t think they put Trump’s life at risk when they constantly characterize him as “anti-Muslim,” “racist,” etc. What is Twitter doing to combat this misinformation?

In reality, Twitter should allow for freedom of speech. If Omar and Hamas-linked CAIR believe that Trump is spreading “misinformation,” they should counter him with the facts rather than demand that he be shut down.

But they cannot do that, so they call for censorship, in exactly the same way that they work to shut down foes of jihad terror and Sharia oppression of women and others. They cannot refute us, so they work to silence us. And totalitarian Leftists and cowed, clueless dhimmis fall into line.