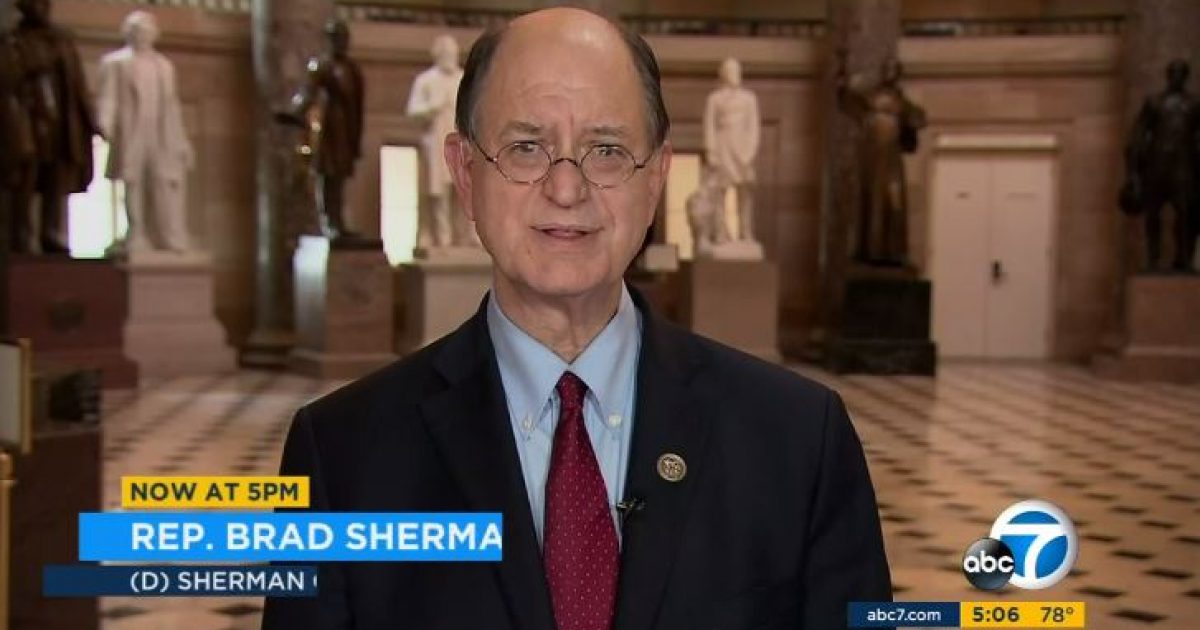 That was fast! On Thursday, ABC News and others reported that Rep. Brad Sherman, D-Calif., reintroduced articles of impeachment against President Trump. According to the report, the measure is the same one he introduced in July 2017, claiming Trump obstructed justice in the Russia collusion witch-hunt being conducted by Robert Mueller.

“Unsurprisingly, Republican leadership did not hold hearings on the Articles of Impeachment, H.Res. 438. On January 2nd, the 115th Congress ended, thus terminating all legislation that had been introduced earlier and had not been enacted into law. Accordingly, it’s necessary and appropriate to reintroduce the Articles of Impeachment. I have not changed the text. I continue to believe that Obstruction of Justice is the clearest, simplest, and most provable high crime and misdemeanor committed by Donald J. Trump,” Sherman said.

According to ABC News:

The articles are based on Article 1, dealing with “Obstruction of Justice,” which was passed by the Judiciary Committee on a bipartisan vote on July 27, 1974, regarding Richard M. Nixon, according to a press release from Sherman’s office.

“I understand that a majority of our Democratic Caucus will want to wait until Special Counsel Robert Mueller completes his report, which I would hope will be issued in the next two to three months,” Sherman said.

The Times said incoming House Speaker Nancy Pelosi, D-Calif., ruled out impeachment before the midterm elections, telling PBS that any effort to oust Trump would have to be bipartisan and “the evidence would have to be so conclusive…”

The measure was co-sponsored by Rep. Al Green, the Texas Democrat who once said Trump doesn’t have to commit a crime to be impeached, despite what the Constitution says.

Even if Democrats vote to impeach Trump, it’s unlikely a GOP-controlled Senate — even one with anti-Trump RINO Mitt Romney — would vote to remove him from office.

Even if this effort fails, Sherman says he’s not worried as he has plenty more articles to introduce, the Times added. Who knows, maybe he’ll try to impeach the president for being a Republican and using Russian dressing…

We now know what the 116th Congress will be doing for the next two years. In addition to destroying the U.S. economy for an entire generation of Americans while stripping law-abiding gun owners of their right to keep and bear arms, Democrats will be busy enacting what amounts to a coup d’etat against a sitting president for the heinous “crime” of defeating Hillary Clinton.