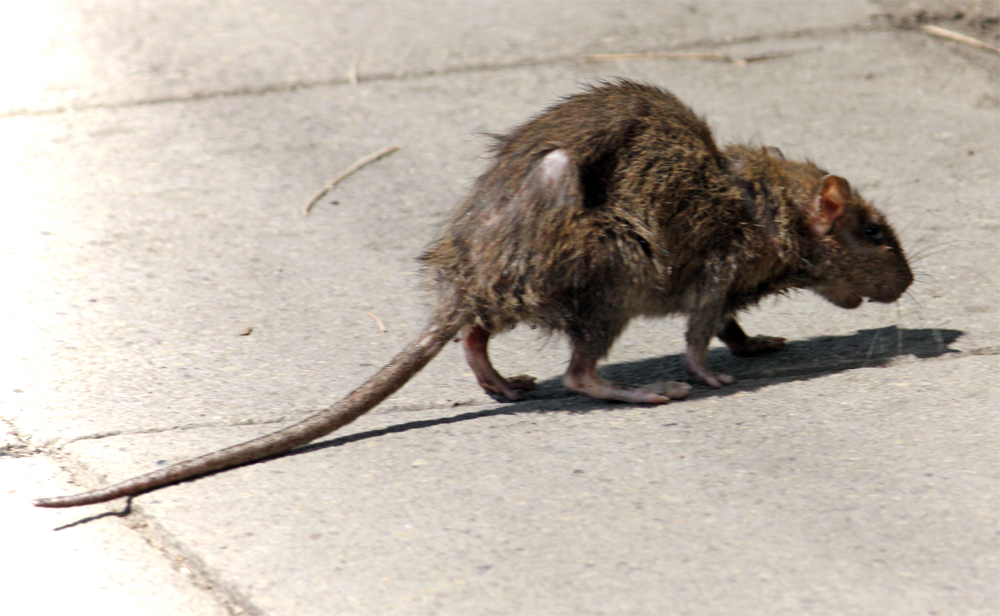 California is being hit by a “plague of rats”, and some commentators are suggesting that this is exactly what they deserve. In fact, some have even gone so far as to suggest that the name of Los Angeles should be formally changed to “Los Ratas” because the rat problem is so severe there. From Crescent City in the north all the way down to Chula Vista in the south, the rats are seemingly everywhere. There are millions of them, and the more poison that people put out the more they seem to multiply. The state of California has never seen anything like this before, and it is getting worse with each passing month.

At this point, things are already so bad that many are calling for Governor Newsom “to declare a public health emergency”…

Pest control and public health experts are calling on California Gov. Gavin Newsom to declare a public health emergency over what they say is a sharp rise in the state’s rodent population.

“California is being overrun by rodents – and without immediate emergency action by state and local government, we face significant economic costs and risk a public health crisis,” said Carl DeMaio, chairman of Reform California, at a news conference Tuesday at City Hall in downtown Los Angeles.

It would be difficult to overstate the severity of this crisis. According to a recent survey of California pest control companies, rat service requests are up “as much as 60% in the last 12 months”.

If you have ever lived some place where you can literally hear rodents crawling in the walls and in the ceiling, then you know how deeply unsettling it can be.

And in some instances, rodents are literally starting to fall out of the ceilings in California. Just consider this example…

Maggots and mice have fallen onto inmates’ dining tables at a California state prison where holes in the roof also allow rain and bird droppings to seep through and streak the walls, according to an inmate lawsuit that charges the state isn’t moving fast enough to repair deteriorating prisons.

California has committed $260 million over four years to repair leaking roofs and clear dangerous mold at more than two dozen deteriorating prisons where the cost of overdue maintenance is pegged at more than $1 billion.

Customers at a Los Angeles, Calif., Buffalo Wild Wings were in for a stomach-churning incident when a rat reportedly fell from the ceiling and landed on a table.

Alisha Norman, who was visiting Los Angeles from Texas, was getting ready to order at the chain restaurant when she heard something crawling above her, she told FOX35. Soon after, a rat fell and landed on a menu on the table.

This isn’t some third world country that we are talking about. The state of California is the wealthiest state in the entire country, and they are being absolutely overrun by rats.

Of course it certainly doesn’t help that many California cities have a major trash collection problem. The following was published by NBC Los Angeles earlier this year…

Rat-infested piles of rotting garbage left uncollected by the city of Los Angeles, even after promises to clean it up, are fueling concerns about a new epidemic after last year’s record number of flea-borne typhus cases.

Even the city’s most notorious trash pile, located between downtown LA’s busy Fashion and Produce districts, continues to be a magnet for rats after it was cleaned up months ago. The rodents can carry typhus-infected fleas, which can spread the disease to humans through bacteria rubbed into the eyes or cuts and scrapes on the skin, resulting in severe flu-like symptoms.

As a result of all the trash and filth, even Los Angeles City Hall has become overrun by rats…

Officials at Los Angeles’ City Hall are considering ripping all of the building’s carpets up, as rats and fleas are said to be running riot in its halls.

A motion was filed by Council President Herb Wesson on Wednesday to enact the much needed makeover amid a typhus outbreak in the downtown area.

Wesson said a city employee had contracted the deadly bacterial disease at work, and now he’s urging officials to investigate the ‘scope’ of the long-running pest problem at the council building.

When there is a huge problem like this that gets national attention, it is inevitable that California legislators will throw a lot more money at the problem, but that hasn’t worked so well in other cases.

For instance, two years ago New York Mayor Bill de Blasio launched a 32 million dollar program to fight the rat problem in his city, but that didn’t help. In fact, the number of rat complaints actually increased by 38 percent last year…

New York, like other metropolitan cities including Philadelphia and Chicago, faces a major rat problem.

And things are particularly bad on the Upper West Side. They may have mountains of money over there, but they just can’t seem to keep the rats away…

OpenTheBooks.com analyzed the number of calls for rats to 311 and found that, according to the Post, “the rats are running wild in this fancy area.”

A local publication called West Side Rag agreed that the Upper West Side has an extreme rat problem. “We’re like the Tom Brady of rats. All we do is win,” an article reads.

Despite all of our advanced technology, we cannot even handle the rats.

Somehow it seems fitting that the rat epidemic is most severe in the areas that are on the cutting edge of America’s social decline. In life, you can try to run from the consequences of your actions, but they will catch up with you eventually.

As I have discussed previously, under ideal conditions rats can multiply very, very rapidly. In fact, it has been estimated that two healthy rats could potentially become 482 million rats in just three years.

Perhaps Californians should just give up and let the rats take over. After all, they couldn’t possibly do any worse than the politicians in the state are currently doing.