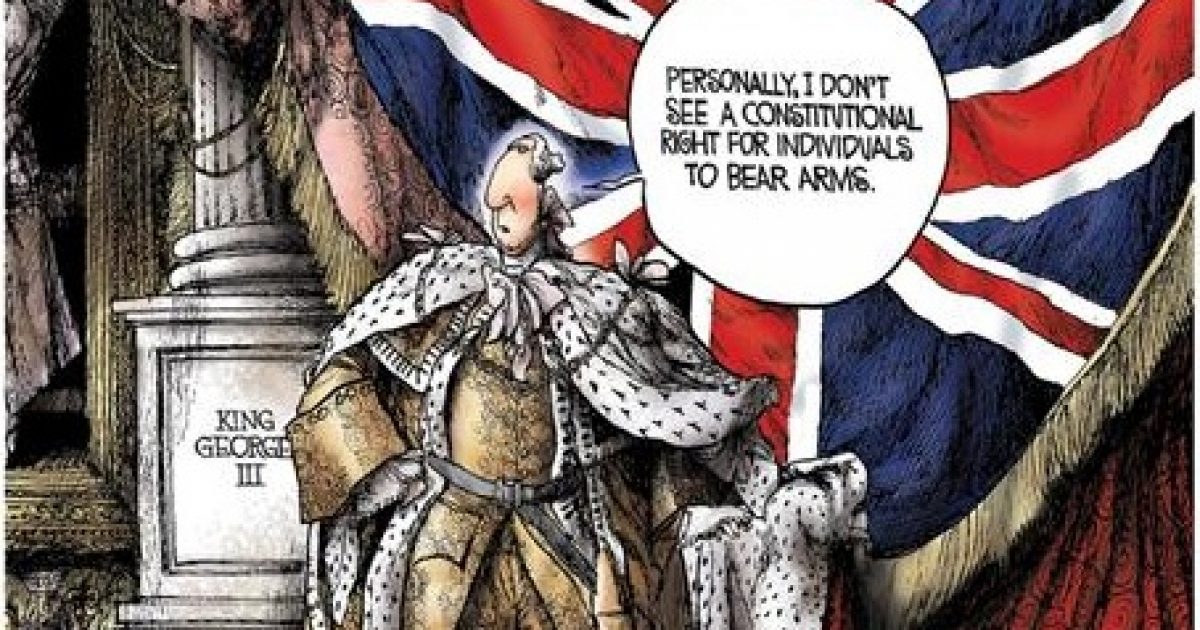 When Trump leaves office in 2 or 6 years, will the Deep State under the Democrats “lock him up?”

And his family too.

Not so fast – what about the Second Amendment and its well-regulated militia?

The Deep State and Democrats need to remember the militias at Bundy’s Ranch. Obama and his lackies watched on live feeds backing the feds down: Militias are The ultimate check & balance.

All done Legally and in accordance with the US Constitution’s First and Second Amendments. So, what’s this got to do with saving Mr. Trump and his family, you ask. Everything.

The Trump family can survive the Deep State and Democrats but not without a well-regulated militia to protect Mr. Trump and family.

Certainly, Rush Limbaugh and Mark Levin with their never-ending talk will save Mr. Trump and his family as the Deep State and the Democrats, “Lock him up.”

Why I as a former Regular Officer, USMC (I was enlisted, Viet Nam, 0311, Infantry, Team Leader of the USMC version of the Green Berets, DD214’s available as proof, before – and held in high esteem as a “Mustang Officer) support the many militias of America today.

Why not? The Second Amendment calls for a well-regulated Militia – who better than a Former Mustang officer with tons of close combat experience in Viet Nam to teach our militias?

Why not? I despise the Deep State and I know it’s going to take a hell of a lot more than talk and pitiful, meaningless votes of a frankly castrated Congress under the control of people like Robert Mueller and Mitch McConnel.

I have worked with a number of them and my lectures are short and to the point based 100% on the Uniform Code of Military Justice, UCMJ. One of my students taking copious notes turned out to be a deputy district attorney in a very major county of California and we have become fast friends.

My lectures revolve around one question: “What gives you the right to kill another human being in combat?” My deputy D.A. loved what I had to say. I follow the UCMJ and have never had a complaint.

It’s amusing, one leading Constitutional attorney accused me of being a hack for working with the California militias. I asked him about the well-regulated militia of the Second Amendment and who better than a former Mustang Officer of the USMC. He was not impressed.

Two years later General “Mad Dog” Mattis’ staff of his First Marine Expeditionary Force, IMEF, hired me at $500 an hour to teach the Marines going to the battle of Fallujah II.** I was hired after delivering a 45 minute presentation to about 100 Senior USMC, IMEF officers how we as 18/19 year old kids survived while literally surrounded by the NVA at night, and thrived as we hunted them down and decimated them.

The Constitutional attorney who denigrates our Militias still is unimpressed – but I guess I impressed the right guys, the Infantry Leaders of one of the deadliest military groups ever: IMEF.

Frankly, I don’t know what a pencil pushing Constitutional attorney knows about a well-regulated militia or military for that matter. I guess Prince John learned what a well-regulated militia can do as he was told by the 56 barons, “Sign the dotted line the Magna Carta, or we’ll separate your head from your shoulders.” Tyrants do not like militias – they threaten their power to enslave the people.

The Militias of 6,000 years of recorded history have stopped tyrants more often than the standing armies they opposed which propped up Xerxes, Charles I and George III of England, Tojo, Hitler and Mussolini of WWII. Those who held in contempt the liberties of people all over the world who merely wished to be left alone.

Tyrants and their standing armies hold militias in low esteem. In Viet Nam I was fortunate to command a team of Marines who trained, lived with and fought side by side with the Vietnamese Militia against the murderous thugs supported by Jane Fonda and Hillary Clinton, the North Vietnamese Army and their Viet Cong.

We were some of the best regulars in the history of the world – shock troops. Here’s a great article how we took the Vietnamese Militia from completely terrified, intimidated civilians avoiding combat into Devil Dogs like ourselves. * I saw them go from Mr. Peepers to swaggering tough guys. The photo of us does no justice to Rambo – but we were 18/19 year- old kids with these men who don’t look like much – but were completely feared by the NVA and VC.

Steve’s enemies describe him best: STEVE KLEIN – SPITEFUL CRUSADER WHO MOCKED RASŪLULLĀH — From ISIS’ U.S. Magazine, Dabiq 7, see page 59. – I am pleased ISIS noted my efforts: ISIS TELLS IT BEST – they published my photo to have me killed. As an 18/19 year old Marine Corporal in Viet Nam, I led a team of US Marines and 2 platoons of Vietnamese Militia – first hand, front lines, I survived the North Vietnamese Army which literally surrounded my little group of warriors. I became a USMC officer. Years later, General “Maddog” Mattis heard of me and as he wanted to have a similar program as I led in Viet Nam, in Iraq, his staff hired me after I briefed his First Marine Expeditionary Force Senior Officers going to Falluja II. Colonels Tom Latsko and Ken Hopper will confirm this. After the World Trade Center was blown up – I used my skills to find a number of Terrorist Cells in America – including a San Diego man, who coordinated the 19 Muslims who flew into the WTC. I have a number of recorded TV Videos at www.whatdidmodo.com I have been married once for 49 years – I have 2 successful adult children, one was suicide bombed and shot up in Iraq, became an Army officer and then led a CIA team in Afghanistan, retiring as a Captain. My daughter and her husband teach the children of ambassadors overseas. I have 5 grandchildren. (My DD214s and other proof of what I did and do is available.)