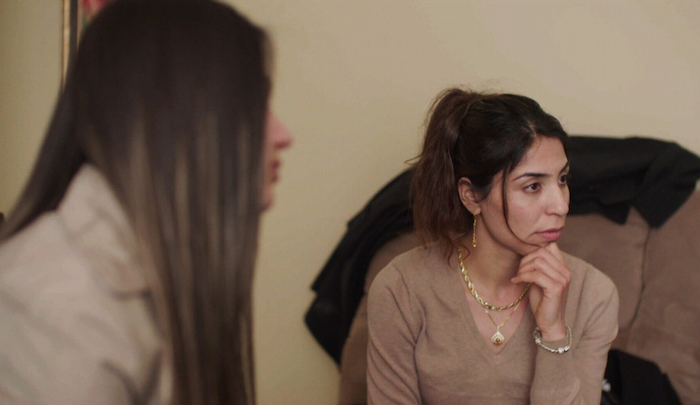 Muslims, according to their scripture (the scripture leftwing elites demand that we respect) are entitled to take sex slaves, and that may be why these men are tormenting these women, who have already suffered so much: they think they’re still entitled to use them.

Sex slavery is sanctioned under Islam.

At the risk of repeating myself for the umpteenth time, sex slavery and rape of the infidel is sanctioned and rewarded under Islam.

Muslim clerics all over the world confirm the right to have sex slaves.

It is in the Qur’an — the word of Allah. Politicians and courts of law keep turning a blind eye, law enforcement keeps ignoring it, so this pox on our communities will continue to get worse.

No doubt, there are many who believe that such statements are false and “islamophobic.”

WARNING: This story contains graphic content that may be disturbing to some readers.

Former ISIS sex slaves, who were given sanctuary in Canada, are again living in fear after being bombarded by voicemails and texts threatening rape and murder.

Five women and one 14-year-old girl have filed reports with York Regional Police. The victims are all Yazidis who survived an ISIS-led genocide in Iraq in 2014.

They have handed over to police recordings of the phone calls and screen grabs of the texts, which reference the Islamic State and include pictures of beheadings and armed Jihadis.

W5 has listened to the phone calls. In one, a man laughs as he says in Arabic: “I am the man who f****d you. I am your rapist.” A second caller denounces Yazidis as devil worshippers. And a third caller makes a graphic reference to rape.

The callers appear to have Iraqi, North African and Gulf state accents. York Regional Police have assembled a team to try to track where the calls are originating….

One of the phone calls came from a 1-800 number and another from an Alberta telephone exchange. Police say with “spoofing” apps, the calls could have been placed from anywhere in the world.

Gathering at a home in Richmond Hill, Ont., the women who survived so much trauma back in their homeland are once again in the grips of terror. Adiba, who was bought and sold six different times by ISIS fighters in 2014, says: “We came here for safety, but after these threats I don’t feel safe. We want to live without threats and fear.” Another, Milkeya, says : “I am scared. My son is four years old, he is scared.” Fearful that ISIS will come back and get them….