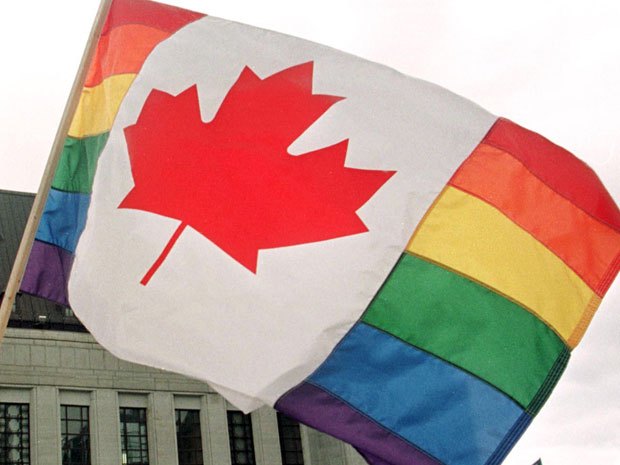 Editor: Canada is, like everywhere else in the Western World, moving more and more against Christianity, while opening its collective arms to embrace Islam. The latest developments should scare Christians everywhere. We will not be silenced. Canada’s LGBT community will be in for a very rude awakening when Islam takes over.

(Natural News) If you think the Leftist assault on freedom of speech and the First Amendment here in the United States is bad, consider the much worse situation transpiring in Canada, where a Christian pastor was recently arrested and charged with “disturbing the peace” simply for preaching the Word of God on a street corner.

According to reports, a group of violent protesters had approached and started to harass Pastor David Lynn when police arrived on the scene and proceeded to handcuff him, rather than the protesters, before taking him away in a squad car.

The violent mob that remained, which openly identified as LGBT, was seen and heard screaming, hollering, and cheering as Lynn was detained and removed from the premises by local law enforcement. Video footage of the incident that was captured by one of the police officers is available below, as well as on YouTube.

“It’s unfortunate that I am subject to this kind of discrimination and bullying and marginalization simply for saying God loves you, there is hope for you, I accept you and tolerate you,” Lynn said in a statement following his arrest.

“I shouldn’t be in this position. I didn’t do anything illegal,” he added.

If you’re a Christian, the Cult of LGBTQP now demands that you stay in the closet about your faith or else go to jail

Since nothing that Lynn was preaching about had anything specifically to do with LGBTQP, the only logical conclusion is that the angry LGBTQP mob that approached him acted purely out of anti-Christian hatred.

These Christphobes “had an event waiting for me,” Lynn told the media following the incident, adding that this LGBTQP mob clearly “had some form of hatred against me,” and wanted him to “stay in the closet” concerning his Christian identity.

Even though Lynn did absolutely nothing wrong, he’s reportedly now banned from being anywhere near the areas of Bloor Street, Yonge Street, Carlton Street, and Jarvis Street in the Church-Wellesley Village area of Toronto, Canada, as well as anywhere near the LGBTQP Pride march.

“I didn’t know this was the start of the pride month,” Lynn is quoted as saying. “I didn’t say anything specific to the LGBTQ community. It’s all on live stream.”

So, in essence, it’s now a crime to be an out-of-the-closet Christian in Canada, where the Cult of LGBTQP now has free reign to persecute Christians they don’t like as “criminals.” Pretty much anything that upsets the LGBTQP mafia, in other words, is now a prosecutable “crime” in Canada.

Once again, it’s abundantly clear that the LGBTQP crybullies who are constantly screaming about “tolerance” and “love” are actually the ones who are full of intolerance and hatred towards Christians – exposing their endless virtue signaling as absolute bulls***.

The most hateful, intolerant, and deranged members of society, in other words, are the prideful perverts who march in LGBTQP parades pretending to be the victims of hate when they’re actually the perpetrators.

Case-in-point is the LGBTQP push for the passage of the “Prohibiting Hate-Promoting Demonstrations at Queen’s Park Act, 2019” in Canada, which would make it illegal for Christians to engage in free speech anywhere in or near this heavily-trafficked park.

“Christians are now the most persecuted faith on the planet, mostly because of how they are treated by radical Muslims in the third-world,” writes Shane Trejo for Big League Politics.

“But the third-world is coming to the West, and Christians are going to suffer mightily as a result,” he adds – as will members of the Cult of LGBTQP, which are routinely persecuted and killed in Muslim-dominated countries.