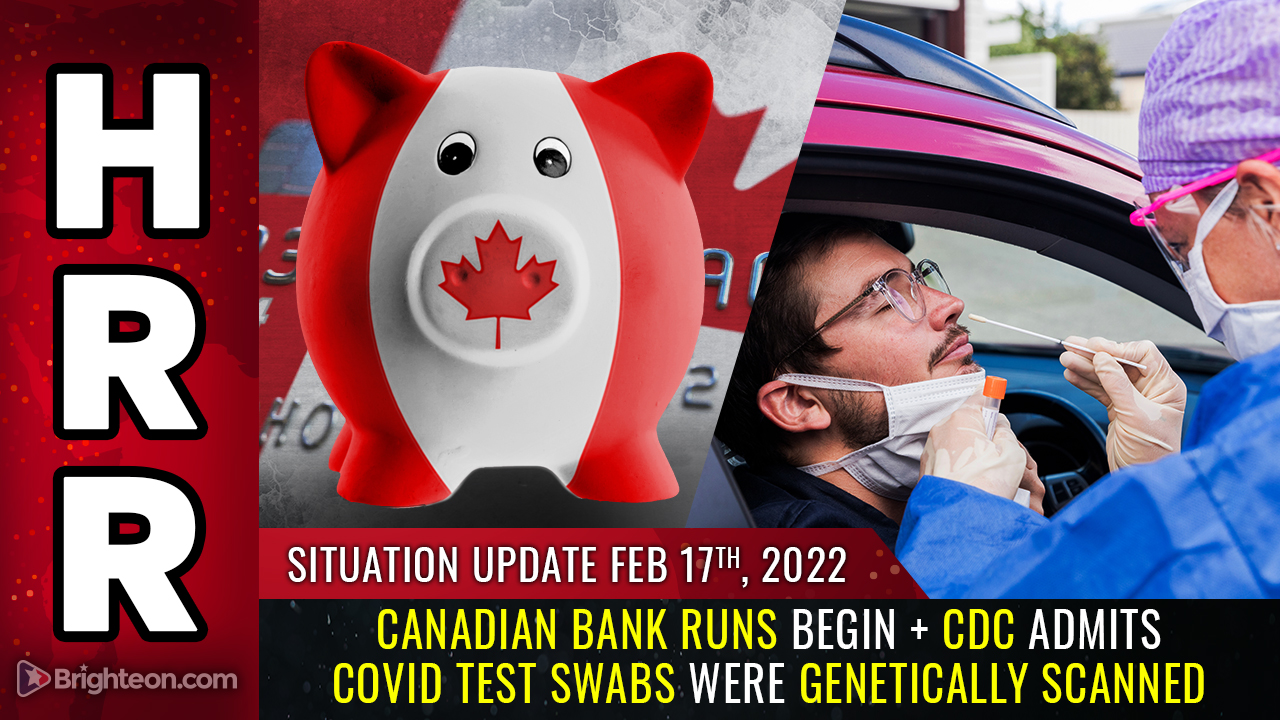 (Natural News) Thanks to the tyrannical actions of Chrystia Freeland — a Davos group devotee and the Deputy Prime Minister of Canada — the people of Canada are now rapidly withdrawing their funds from Canada’s largest banks. Two days ago, Freeland announced that Canada’s financial terrorism laws would be expanded to seize all funds — bank accounts, crypto, crowdfunding hubs, etc. — belonging to individuals who supported the peaceful convoy trucker protest… even if that person merely donated $10 to the convoy.

And just like that, Chrystia Freeland broke the social contract between bank retail customers and the banks themselves. In one fell swoop, Freeland red pilled the entire nation into understanding that their money isn’t safe in any bank in Canada, since the government can now seize all your private funds without due process, evidence or any rule of law.

The entire promise of banking is that your deposits are your money and that you can withdraw them at any time. But Trudeau and Freeland just declared that all your bank deposits are their assets, and they can loot them at any time without notice, without any due process whatsoever.

Suddenly the question emerges in the minds of everyone: So why deposits anything in the banks in the first place?

The lawless dictatorship of Trudeau / Freeland

Under the invocation of emergency powers, Canada’s government has become a lawless dictatorship, and they are using their tyrannical powers to loot the bank accounts of innocent people who merely want to participate in the peaceful protest against medical tyranny.

Making good on the threat, not only have private bank accounts been seized by the Canadian government regime, Trudeau has ordered crypto exchanges to seize the funds of 34 crypto wallets now named by the government itself. These 34 crypto wallets are apparently being used to help fund the peaceful protesters, and the tyrannical (lawless) government of Canada has decided to declare all-out war against cryptocurrency in order to try to stop the bouncy castles and honking.

Ezra Levant of RebelNews.com tweeted out yesterday, “Canada’s largest banks are all offline. Royal Bank, BMO Bank of Monstreal, CIBC Bank… What could cause all three to crash on the same day?”

The answer, of course, is a classic bank run as the people of Canada rush to pull their deposits out of the country’s banks before the government steals all their money.

The dynamic duo of Trudeau and Freeland, in less than 30 days, has managed to reveal to the people of Canada that not only is their government a terrorist authoritarian regime, but that all their life savings and business assets can and will be looted by that same government without notice, for almost any reason whatsoever.

Get the full details on this story and more in today’s Situation Update podcast: