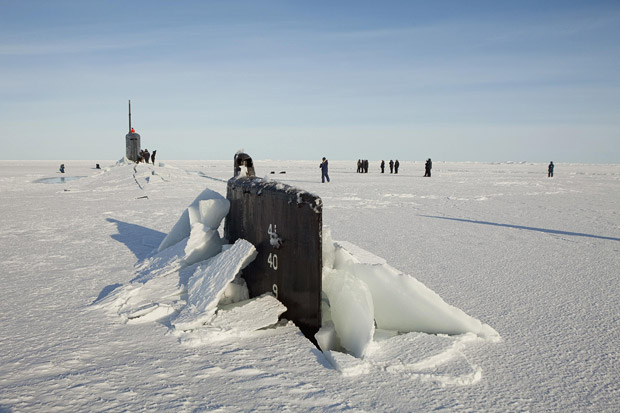 (Natural News) A top commander with the Canadian Armed Forces (CAF) is sounding the alarm about Russia’s expansion into the Arctic, saying that there’s no way his country can hope to match it or stop it.

Defense Chief Gen. Wayne Erye said that the CAF cannot possibly maintain a permanent, substantial military presence in the country’s vast northern regions, but will have to instead rely on deploying its forces when and where they are needed, according to Truth North News.

Eyre gave his warning before a Senate panel earlier this week as Prime Minister Justin Trudeau and Defense Minister Anita Anand were meeting with premiers from the country’s northernmost territories of Nunavut, Yukon, and the Northwest Territories.

“We are continuing to stand strong in our sovereignty and our defense of the Arctic,” said Trudeau. “Of course, with NORAD modernization on the table, with increased investments in defense, the Arctic is an area we’re going to look closely.”

In recent years, Russia has dramatically expanded its presence in the Arctic, building new bases throughout the region and rehabilitating old ones that had been shut down following the collapse of the Soviet Union. In addition, Moscow has been shoring up and expanding air bases along Russia’s Arctic coastline.

Last month, it was also reported that Russian forces recently reopened and reoccupied several more bases that had been used during the Soviet period, True North reported.

“One of the challenges, one of the expressions of sovereignty is being able to project force to the extremities of your country,” Eyre told a defense conference earlier this year, the outlet continued, adding:

Russian forces have also crossed into disputed territory as numerous nations vie to make claims on the Arctic. For example, in Jan. 2020, NORAD warned that two nuclear-capable Russian bombers had buzzed Canadian airspace. The jets crossed over the North Pole and approached Canada, although they remained in international airspace.

The UK’s Chief of Defence Staff Gen. Sir Nick Carter has said that his nation is “keen to cooperate” with Canadians on Arctic defense.

In addition, he has proposed having drones keep the northernmost regions under surveillance while having Canada procure two new icebreaker ships that would be armed.

Already, Russian forces pose a significant challenge in the Arctic.

“Russia’s current military capabilities in the Arctic are sufficient enough to cut off sea logistical routes and lines of communication between the U.S. and NATO,” noted The Cipher Brief in December.

“Climate change, logistical sea routes, and Russian military assets are threatening U.S. strategic capabilities and influence in the Arctic. Russia’s expansion into the Arctic and military posturing on the Kola Peninsula, has given it de facto control over the Northern Sea Route,” the brief continued.

In the event of war, which would be hard for Moscow to fight at present given the forces committed to the Ukraine invasion, Russia could attack Europe from the West as well as North America from the East. And because of the country’s geographic location, Russia currently has an advantage, meaning the U.S. (and Canada) must be preparing now to create strategic deterrence.

“The U.S. needs to focus more financial resources and expand military personnel capable of operating in Arctic conditions to engage Russia in the Arctic, and work with NATO partner forces and the Intelligence Community (IC) to gather information about Russia’s intentions and military build-up,” The Cipher Brief concluded.