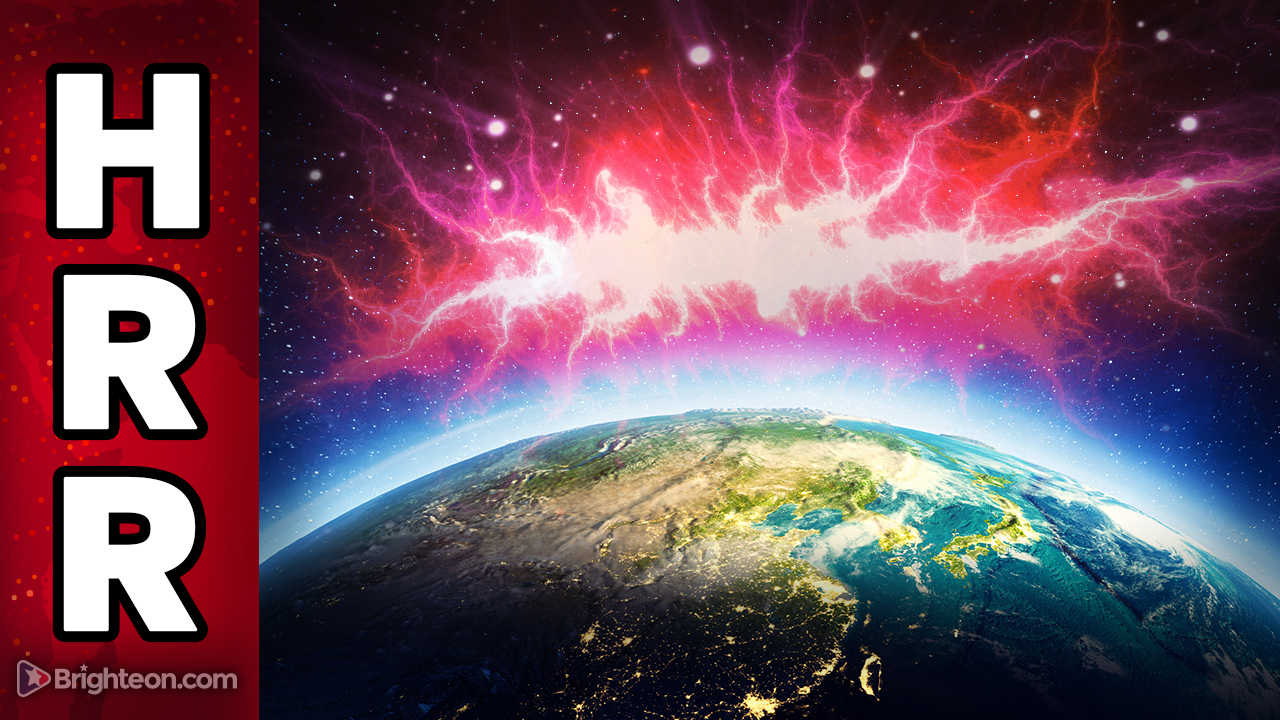 (Natural News) The mysterious cattle deaths that took place over the weekend in Kansas — now rumored to exceed 10,000 head of cattle — have defied traditional explanations. The official story is that high heat killed the cattle, but I have now personally talked with two owners of cattle in Texas who have both confirmed to me that the official story is nonsense. Cows don’t die all at once from heat, they confirmed to me. When high heat kills cows, they die off slowly, spread out across many days, not all at once.

And this isn’t the first time it’s been hot in Kansas, it turns out. It seems as if everyone has forgotten that every summer, it gets hot in the Midwest.

Other possible explanations for the mass deaths cover sabotage or mass poisoning, as well as the possibility that the ranchers suddenly forgot to provide water to these cows. But that seems incredibly unlikely, given the very high dollar value of 10,000 head of cattle. Given today’s high prices for beef, that comes to several million dollars in financial losses for these ranchers. It is extremely unlikely they simply forgot to provide water.

NASA warns of “rifts” opening in the magnetosphere and ozone layer, allowing intense, deadly solar radiation to beam through those barriers, causing extinction events on Earth

Another explanation is now emerging that might provide the right answer. Yesterday, I interviewed David DuByne of the Mini Ice Age Conversations podcast. His channel is also known as “Adapt 2030.” He revealed that Earth’s magnetosphere is weakening, which is part of a natural process of magnetic pole flipping that has taken place at least hundred of times that we know of.

As the magnetosphere weakens — combined with ozone layer depletion — natural forces can cause “rifts” or gaping holes in the shielding that normally protects Earth from UVB rays emanating from the sun. UVB rays and other, shorter wavelength electromagnetic waves, are so dangerous to life on the surface of the Earth that they are blamed for extinction level events (ELE) that scientists believe wiped out the Neanderthals. (See sources below.)

The mass death of cattle in Kansas, in other words, could be an early warning sign that Earth’s magnetosphere is failing as the magnetic reversal accelerates. If this process accelerates, solar radiation could send “death beams” down upon the surface of the Earth at random times and locations, for years to come.

Here’s my interview with David DuByne, recorded yesterday, where we discuss this and more:

The magnetosphere is a permeable shield. The solar wind will periodically connect to the magnetosphere forcing it to reconfigure. This can create a rift, allowing energy to pour into our safe haven. These rifts open and close many times daily or even many times hourly. Most of them are small and short-lived; others are vast and sustained. With the Sun’s magnetic field connecting to Earth’s in this way, the fireworks start.

That same article reveals that “life as we know it” would not exist on the surface of the Earth if these powerful beams of energy from the sun were routinely allowed to reach the surface:

Eftyhia Zesta of the Geospace Physics Laboratory at NASA’s Goddard Space Flight Center notes, “If there were no magnetic field, we might have a very different atmosphere left without life as we know it.”

Another NASA page from EarthObservatory.NASA.gov also confirms that UVB rays reaching the surface of the Earth would have catastrophic consequences. “Life as we know it would not exist,” says the article. “Scientific concern over ozone depletion in the upper atmosphere has prompted extensive efforts to assess the potential damage to life on Earth due to increased levels of UV-B radiation.”

Ben Davidson is the founder of SuspiciousObservers.org, a website that covers the weakening magnetosphere of our planet. I’ve interviewed him previously and hope to do so again. See my recent interview with him here:

He publishes a related website called MagneticReversal.org which lists the following facts about Earth’s magnetosphere:

1) The south pole has already left Antarctica and the north pole is racing across the arctic ocean.

6) The magnetic field is continuing to weaken rapidly.

7) Magnetic reversals can occur in less than 100 years.

8) Magnetic reversals lead to extinction events. This was recently confirmed by the #1 geophysics journal.

9) Magnetic reversals may cause biblical floods.

There’s also a channel on YouTube called Magnetic Reversal News that carries a lot of great content about all this. We are hoping they will mirror their entire video collection on Brighteon in case YouTube decides to delete it all:

The science journal AGU has published an important article under Review of Geophysics, dated May 29, 2019 by J. E. T. Channell. The article is entitled, “The Role of Geomagnetic Field Intensity in Late Quaternary Evolution of Humans and Large Mammals.”

It essentially states that a weakening of Earth’s magnetosphere allows intense solar radiation to break through and reach the surface of the Earth, achieving extinction level events. If you prefer to read this in the language of the science study:

The demise of Neanderthals at ~41 ka can now be closely tied to the intensity minimum associated with the Laschamp magnetic excursion, and the survival of anatomically modern humans can be attributed to differences in the aryl hydrocarbon receptor that has a key role in the evolutionary response to UVR flux… Fossil and dung fungal evidence for the age of the Late Quaternary extinction in North America (and Europe) coincide with a prominent decline in geomagnetic field intensity at ~13 ka. Over the last ~200 kyr, phylogeny based on mitochondrial DNA and Y chromosomes in modern humans yields nodes and bifurcations in evolution corresponding to geomagnetic intensity minima, which supports the proposition that UVR reaching Earth’s surface influenced mammalian evolution with the loci of extinction controlled by the geometry of stratospheric ozone depletion.

Again, to summarize, this conclusion is stating that in the areas where Earth’s magnetosphere was sufficiently weakened, intense solar radiation broke through and reached the surface of the Earth, killing off huge numbers of living beings, even causing extinction in the area affected by this “rift.”

In fact, this study is saying that the rise of modern humans was a direct result of this phenomenon wiping out the Neanderthals. The “Laschamp magnetic excursion” simply refers to one of the known magnetic pole reversals that took place in Earth’s history.

Is this what killed all the cattle in Kansas? Is something bigger coming?

As I discuss in my podcast below, I believe that globalists are aware of an impending cosmic event that threatens planet Earth, and they are withholding this information from humanity while they stockpile food, ammunition and other supplies in vast underground cities, tunnels and bunkers.

This event could simply be a magnetic pole shift which would temporarily expose the surface of the Earth to intense, deadly radiation that would kill any animal or person who couldn’t find shade. This would force much of humanity into hiding or operating at night, and it would obviously collapse the global food supply.

The globalists are preparing to survive underground while the surface of the Earth is obliterated via war, starvation, economic collapse, social chaos and possible solar events. I have extensively discussed this in a 12 minute podcast entitled, “The coming post-apocalypse WAR between underworlders and SURFACE DWELLERS.” Listen here:

In today’s Situation Update podcast, I discuss far more details covering all this, from the magnetosphere, magnetic poles flipping, the globalist depopulation agenda, cosmic events that threaten planet Earth and much more.

Skip to minute 21 to go right to the solar radiation topic, as the first 20 minutes are all about food comedy, discussing “whole cashews” and wondering why grocery store lettuce is sometimes recalled for e.coli contamination when e.coli only comes from feces. (Are they crapping on the vegetables somehow?)