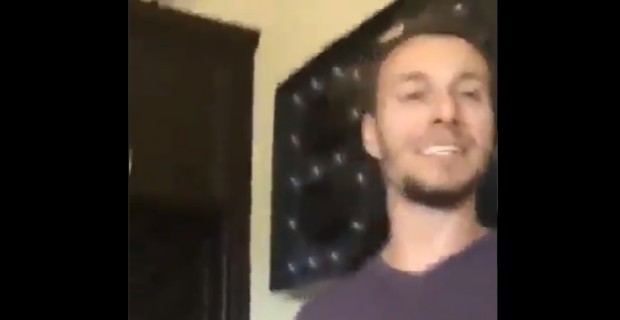 A top member of the anti-Trump ‘Resistance’ has been caught on camera admitting that he gets paid for his tweets by “higher ups” to “sow the division”.

Brian Krassenstein bills himself as “the co-founder of multiple tech-related news websites and blogs. He also is an investor, writer and social media personality.”

Along with his brother Ed, Krassenstein is a notorious anti-Trump troll, using his platform of 540,000 Twitter followers to bash the president on a daily basis.

Much mystery surrounds the brothers, with even far-left website Think Progress speculating whether they were “scam artists,” having once been subjected to a federal raid.

Krassenstein’s resistance activism might not be as grass roots as it appears on the surface.

Brian @krassenstein admits to being paid for anti-Trump tweets in secret recording.

"Of course there are higher ups that are paying us. They want us to help sow the division and to take over Trump's Twitter feed. When [Trump] makes a post they want our tweets to be up there." pic.twitter.com/qPIaktaqCV

In a secret recording, Krassenstein admits that he is being paid for his tweets.

“Of course there are higher ups that are paying us. They want us to help sow the division and to take over Trump’s Twitter feed. When [Trump] makes a post they want our tweets to be up there,” says Krassenstein.

It is unknown when or where the recording took place.

Infowars reached out to Krassenstein for comment but have yet to receive a response.

One wonders whether Krassenstein’s behavior counts as putting out “misleading” information to “impact an election,” which is the reason Twitter gave after they suspended actor James Woods for posting a satirical meme.