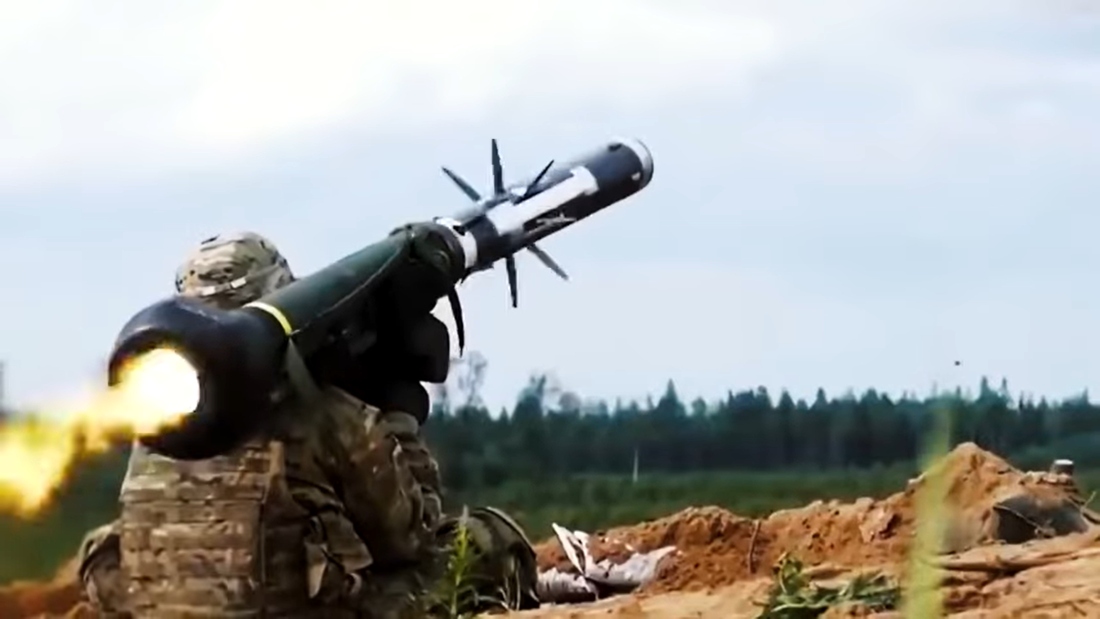 (Natural News) If you suspected that most of the tens of billions of dollars worth of military equipment being provided by American taxpayers to Ukraine isn’t winding up on the front lines in Kyiv’s fight against Russian invaders, your instincts have proven correct.

But what’s more, a legacy U.S. media outlet actually reported that, but has since censored its own report.

As noted by Infowars, CBS News reported in a documentary that only about 30 percent of the military weaponry and assistance provided by the Biden regime makes it to the frontline soldiers.

The network posted a tweet last week promoting its documentary, “Arming Ukraine,” going on to explain that the feature “explores why much of the billions of dollars of military aid that the U.S. is sending to Ukraine doesn’t make it to the front lines,” adding: “Like 30% of it reaches its final destination.”

GOP lawmakers who have steadfastly refused to go along with raiding the U.S. military of equipment and printing money to send to Ukraine, felt justified.

“This [is] one of the reasons I voted ‘no,’” Rep. Marjorie Taylor Greene (R-Ga.) tweeted in response to the CBS News report, citing a recent $40 billion aid package that passed but which she rejected.

“Flooding a country with advanced weapons can have grave consequences, even when done with the best of intentions,” said CBS’s description of the documentary. “This CBS Reports documentary goes inside Ukraine to get a firsthand look at how military aid gets from the border to frontline soldiers, and explores the difficulties of getting the aid to the fighters who need it.”

Since then, however, the documentary has been removed from CBS’ website and in its former place on the web is a “page not found” notice.

Following a bombardment of questions, the network put out a statement explaining that it had changed the initial report, which revealed how such a small percentage of taxpayer-funded weapons were getting to Ukraine troops — almost as if CBS executives had gotten a phone call from some deep-state figure demanding it be taken down.

“We removed a tweet promoting our recent doc, ‘Arming Ukraine,’ which quoted the founder of the nonprofit Blue-Yellow, Jonas Ohman’s assessment in late April that only around 30% of aid was reaching the front lines in Ukraine,” the network said in a tweet containing a screengrab of the initial post.

We removed a tweet promoting our recent doc, "Arming Ukraine," which quoted the founder of the nonprofit Blue-Yellow, Jonas Ohman's assessment in late April that only around 30% of aid was reaching the front lines in Ukraine. pic.twitter.com/EgA96BrD9O

“Since that time, Ohman says delivery has improved. Additionally, the U.S. military has confirmed that defense attaché Brigadier General Garrick M. Harmon arrived in Kyiv in August for arms control and monitoring,” the network continued.

“We are updating our documentary to reflect this new information and air at a later date,” CBS added.

We are updating our documentary to reflect this new information and air at a later date.

Other commentators noted the strange nature of CBS’ action.

“If that’s even true, and I don’t believe it is, that could easily be fixed with a simple line or two of added text. It’s far more likely they censored the film because they broke the unspoken rule that Ukraine must be supported at all costs against Russia because the future of the Liberal World Order is at stake,” Information Liberation editor Chris Menahan said.

A mirror copy of the full documentary was uploaded on BitChute:

In the meantime, as Menahan notes, the aid continues from the U.S. and the West:

The Biden regime over the weekend announced they’ll be sending yet another $1 billion in weapons aid to Ukraine on top of the $60 or so billion we’ve already sent.

As I reported last week, Ukrainian President Volodymyr Zelensky said Americans must do more to sacrifice for Ukraine and our domestic concerns about inflation and other issues are “nothing” compared to the needs of Ukrainians fighting for their lives. Zelensky insisted America’s help will not be “sufficient” until “the war is over, and until we win.”