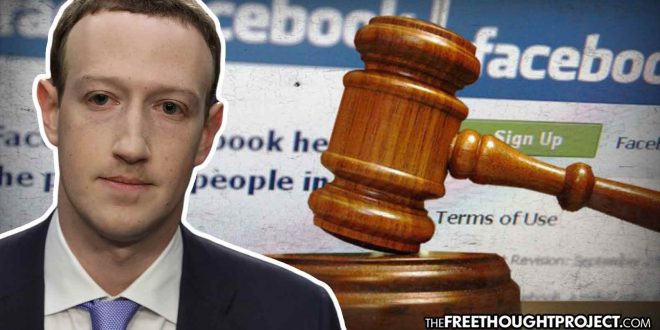 Everyone reading this article right now has likely experienced or knows someone who has experienced some form of social media censorship. Whether your entirely peaceful post was “removed for violating community guidelines” or you were unceremoniously silenced for life, Facebook and Twitter censorship affects millions. No matter what degree of big tech censorship you have faced, there is a common theme with all forms of it — you have no recourse. Well, one lawmaker wants to change that.

After watching censorship ramp up toward the end of 2020, republican lawmakers drafted legislation that could land big tech giants like Twitter and Facebook in legal trouble for silencing political speech.

“I drafted it in December and things have only gotten worse,” State Rep. Tom Kading, R-N.D., the lead sponsor of the bill said.

The bill states that social media sites would be liable in a civil lawsuit for damages to a North Dakota resident “whose speech is restricted, censored, or suppressed,” as long as it is not “obscene, lewd, lascivious, filthy, excessively violent, harassing, or otherwise objectionable.”

“I’m frankly shocked at what’s happening to our country and censoring does not create unity, it does not help the situation of division in our country, and it does not de-escalate the situation,” Kading said. “All it really does is make those who have been silenced dig in deeper and be more suspicious of what’s going on.”

The basis for the bill is rather cunning as it doesn’t focus on censorship because companies will claim — albeit fallaciously — that they can censor anyone they want. Instead, this bill focuses on libel.

“If a website comes out and selectively publishes information,” Kading explained, citing case law from state supreme courts, “or manipulates true information in order to create a certain desired narrative, this restrictive action can essentially amount to defamation.”

While this bill is certainly music to the ears of those who have been censored, it is not likely to hold any water as big tech’s massive team of attorneys have created terms of service that are so broad in nature that it protects them from most liability. And in order to have an account on these platforms, one must agree to these terms. This is why the answer to big tech censorship lies not in attempting to change these platforms but leaving them entirely.

As TFTP pointed out earlier this month, had the establishment and big tech actually wished to cause less harm and de-escalate away from the potential civil war brewing in the United States, they would have taken very different steps. Had they wished to ease the doubts of a large portion of the population who disputed the election results, they would have answered with more transparency. Instead, their answer was silencing those who questioned it, declaring all talk of election fraud ‘fake news’ and sending them into a frantic paranoid flurry that ended with the storming of the US Capitol.

Make no mistake, those forcing these Orwellian tactics know that by silencing these folks, they are not stopping these ideas or paranoid fears. They are justifying them, stoking paranoia and radicalizing those who may be on the verge of breaking.

Do you think that Joe Sixpack, who has been unemployed for the last 9 months, who thinks the election was stolen from him, and who was just censored into oblivion in the last month — removing any public outlet of expression — is simply going to throw his arms up and say, “oh well, I guess that’s it, I’ll stop now” and it will be over?

The fact is that the leadership behind this censorship knows exactly what is going to happen by pushing these people into the fringes. They are fomenting radicalization and extremism.

Facebook employees have even been told not to identify themselves in public because of the backlash from censorship.

But “Facebook and Twitter are private companies and can delete anyone they want,” right? This is a farce that has been repeated ad nauseam since Alex Jones was wiped from the internet in 2018 and has increased even more since Trump and his team of Qanons have been removed. Hypocritically enough, these claims are mostly made by the same folks who likely tried to force small businesses to bake cakes for people and have since changed their tone now that it benefits them. While it is certainly true that a private company can and should be able to choose who they associate with, the idea that Facebook and Twitter are private is not accurate.

From government funded censorship arms to the revolving door of high level bureaucrats who fill the ranks of the oligopolies, the “private companies” concept comes crashing down when taking a closer look. Private-sector firms do not need to be explicitly nationalized to further the establishment’s interests; it’s enough to install their alumni in top regulatory positions. This way, these companies can put on the façade of privatization while actually acting as deputies for the state but alleviating any constitutional checks in the process.

All the while, whenever the censorship acts in their benefit, half of the masses cheer it on and defend it, keeping resistance at a minimum.

This is why the answer lies in a boycott, not in regulation. The time is now to get off these platforms who spy on you, ban you, sell you to the highest bidder, and who are tearing society apart. Censorship free platforms exist and are far more user friendly and treat you as the actual customer instead of the sheep they are leading to slaughter. You can check them out here.