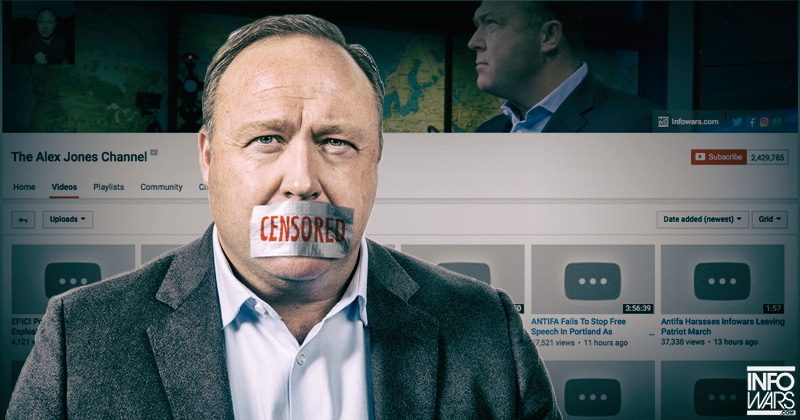 Disqus sent Alex Jones a vague message saying they banned him for being “in violation” of their terms of service.

Jones has now been censored by Apple, Google, Facebook, Spotify, MailChimp and Microsoft’s LinkedIn, with the majority saying they banned him for his speech, which they call “hate.”

This was a politically motivated, coordinated purge by Big Tech.

Donald Trump Jr. spoke out against the censorship on Tuesday:

How long before Big Tech and their Democrat friends move to censor and purge @BreitbartNews, @DailyCaller and other conservatives voices from their platforms? https://t.co/sFS7mr8Pco

Democrat Chris Murphy praised the banning of Infowars on Monday and said “the survival of our democracy” depends on Big Tech banning more websites:

Wikileaks noted the timing coincided with Democrats threatening to regulate Big Tech into the poor house:

The Democrats’ plan for internet censorship leaked last week and it showed they wanted to effectively eliminate all anonymity on the internet and make it extremely difficult for Big Tech sites to make a profit.

Despite the censorship, Infowars’ app hit #4 in the Apple App store on Tuesday:

CNN on Monday was pushing for the Infowars app to be banned:

Apple and Google are still selling the InfoWars app, which contains some of the same type of content that both tech giants have pulled from elsewhere on their platforms https://t.co/GjaCGPjcu5 pic.twitter.com/oDwVU9vneP