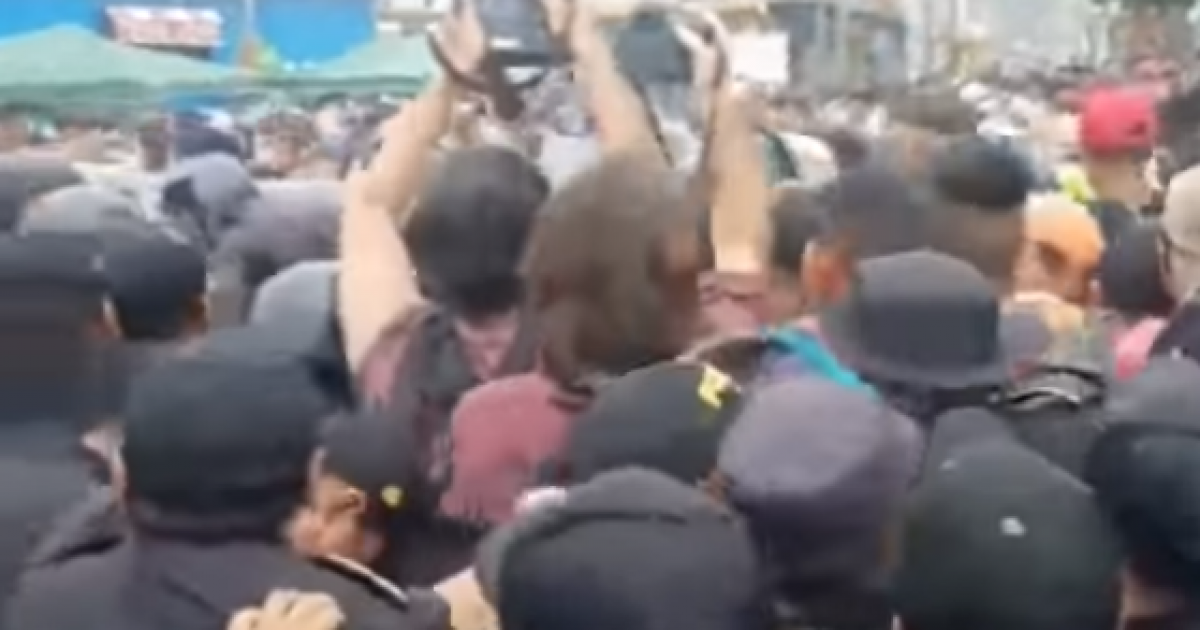 OK, let’s be clear and up front: If this is what is in this caravan approaching our border, then the military doesn’t need to be logistical, it needs to be ready to be lethal. Video has surfaced of more than one hundred Central American migrants forcing their way through a customs gate at the Guatemalan border town of Tecun Uman to request passage into Mexico. Then other video shows how migrants were also pushing against the Mexico border.

These are some of the wonderful people that some in our country just want to let come right on in. Take a look. This was at the Guatemalan customs gate.

“Yesterday [Sunday] Mexico’s border was violently attacked by another Migrant Caravan group traveling to the U.S. 1 migrant was killed, 6 police were injured The media has been under reporting this,” she tweeted, along with video.

Yesterday Mexico's border was violently attacked by another Migrant Caravan group traveling to the U.S.

1 migrant was killed, 6 police were injured

The media has been under reporting this pic.twitter.com/jTbI6BeKHQ

These are not people seeking asylum, though I’m sure there are some who are coming just for that because of our criminal government and Central Intelligence Agency’s involvement in drug trafficking while engaging in the War on Drugs on Americans. However, knowing how quickly these people are traveling and how relatively clean they are and lack of any real ability to sustain themselves (most have a mere backpack on their backs), there is no doubt they are receiving aid in their travels and in their crimes they are committing along the way.

President Donald Trump declared that he was thinking of sending 800 troops just days ago. That number climbed quickly to 5,000, and then to 15,000.

One thing I hope is that our military personnel have done is cast early ballots in their perspective states.

Not a single person from these caravans needs to come across the border, be apprehended or taken into custody. They all need to be stopped shy of the border and not allowed to cross.