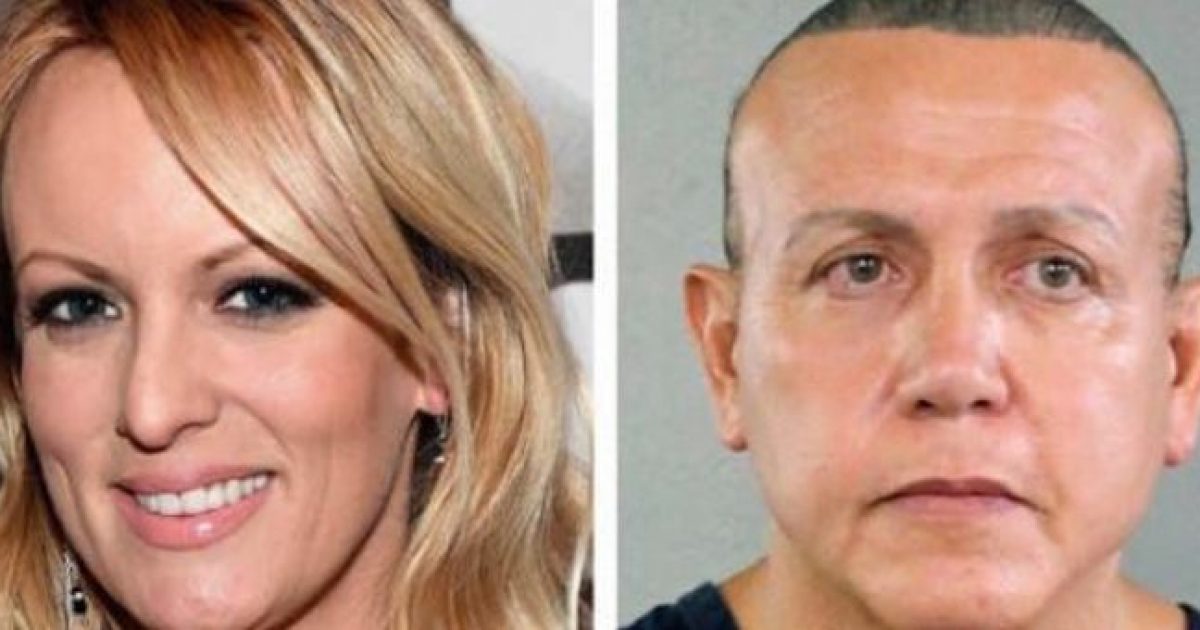 Is this evidence that Daniels and Sayoc, and possibly Michael Avenatti, are involved in a false flag operation to destroy President Trump? Shouldn’t that possibility at least be investigated?

See also here. Shad Olson captured Sayoc’s Facebook page before it was scrubbed, and found that until 2016, Sayoc was a hardcore leftist who posted memes of George W. Bush with blood on his hands (above) and the like.

Then he suddenly became a conservative Trump supporter, with no hint of a change of heart?

In a really strange turn of events, it has been discovered that bombing suspect Cesar Sayoc worked at Ultra Gentleman’s Club in West Palm Beach, FL, the same strip club that Stormy Daniels performed at back in April, WPTV reported.

Sayoc worked as a DJ at the club on Thursday afternoon and was arrested on Friday.

According to the club’s manager, Stacey Saccal, Sayoc had worked as a DJ for the past two months. She had received no complaints about him from other staff members and he seemed like a “nice guy.”

“I never knew that his van was covered in political stickers. I thought it was an ice cream truck,” Saccal told WPTV, noting that he parked far from the club.

Saccal also said her employees had no idea that Sayoc was political. He never talked about politics at work and no one noticed the stickers on his van because of how far away he parked when he had a shift….

Stormy Daniels performed at the same strip club back in April, which just so happened to coincide with President Donald Trump’s visit. Interestingly enough, this strip club sits across the street from Trump’s golf course.

Is all of this mere coincidence or a coordinated attack against President Trump?