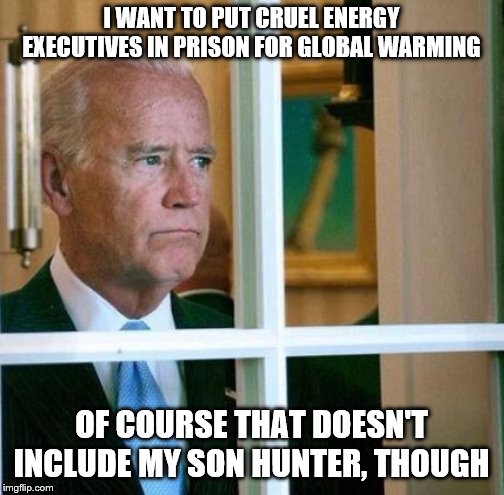 Joe Biden has people coming at him from all sides now.

If he weren’t so feeble minded, he might quit while he still has a chance to escape without prosecution from Trump’s team. (that’s our hope/dream of course)

Gary tells us who has filed charges against Joe Biden…

Ukrainian ex-Prosecutor General Viktor Shokin has demanded that the State Bureau of Investigations (SBI) open criminal proceedings against former U.S. Vice President Joseph Biden for illegal influence on him as the prosecutor general of Ukraine.

“I ask you to register a criminal offense against me in the Unified Register of Pretrial Investigations by a U.S. citizen, Joseph Biden, which happened on the territory of Ukraine and abroad, namely, interference with the activities of a law enforcement officer, the responsibility for which is provided for in Part 2 of Article 343 of Ukraine’s Criminal Code. Immediately start a pretrial investigation and give written instructions to SBI investigators,” Shokin said in a statement to the acting SBI director delivered by Shokin’s lawyers.

Shokin said he agreed to resign as prosecutor general of Ukraine due to Biden pressure.

“During the last months of 2015 and the first of 2016, Joseph Biden, using his official position, personally paid official visits to Ukraine several times with the aim of holding negotiations with the state leaders on my removal from my post. As a result, he curtailed an objective investigation criminal proceedings on the facts of unlawful activities of persons associated with the company Burisma Holdings Limited (Cyprus), including the son of the specified high-ranking official,” Shokin said.

Shokin said Biden demanded that he be fired in exchange for the unhindered provision of Ukraine with a U.S. state guarantee in the amount of $1 billion.

Shokin said Biden’s actions can be considered as pressure according to the scientific and legal conclusion of the International Law Association of April 18, 2017, provided by Doctor of Law, Professor [Oleksandr] Merezhko, currently Vice President of the Parliamentary Assembly of the Council of Europe (PACE).

Facts about Biden’s illegal influence against Shokin are confirmed by the results of an independent international journalistic investigation, named “UkraineGate,” conducted and published by the French Internet publication Les-Crises.fr.

Remind me again why Trump was originally investigated for impeachment, I mean after Russiagate.

Wasn’t it something to do with Ukraine collusion?

If Biden & Son were put on trial they wouldn’t have to worry about low ratings on this sham impeachment.

They could sell it as a pay-per-view event and make more money than The Bidens have ever made by ripping everyone else off.

All of those stories broke in just the past 10 days.

Lock them all up!

Everyone deserves a fair trial, but let’s get that party started America.