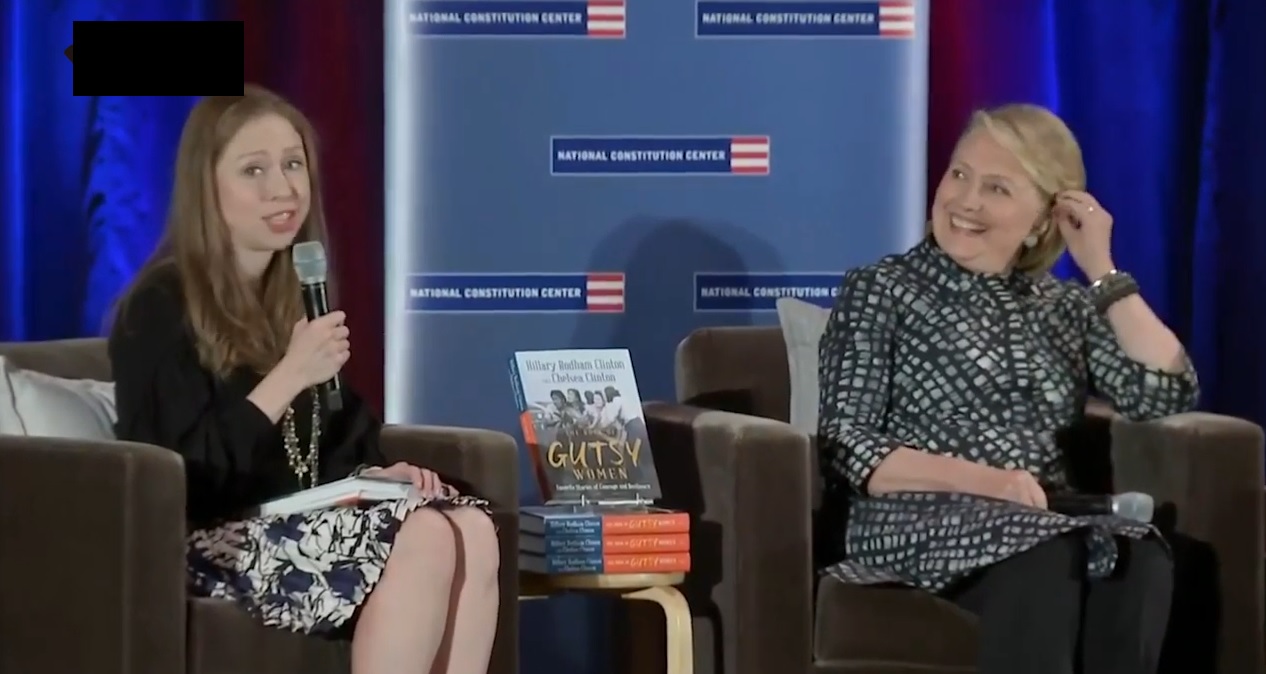 The science is settled!

From The Daily Mail, “Chelsea Clinton emphatically states a person with a beard and a penis can ‘absolutely’ identify as a woman, while mom Hillary shuffles and looks conflicted as she blames ‘generational’ differences for not being as open to trans rights”:

In an interview with The Sunday Times, journalist Decca Aitkenhead asked the Clintons if someone with a beard and a penis can ever be a woman, to which Chelsea replied emphatically, ‘Yes.’

However, as Aitkenhead describes it, Hillary looked ‘uneasy’, and blamed generational gaps for being less accepting.

‘Errr. I’m just learning about this,’ Hillary responded. ‘It’s a very big generational discussion, because this is not something I grew up with or ever saw. It’s going to take a lot more time and effort to understand what it means to be defining yourself differently.’

If you don’t think someone with a beard and a penis can be a woman then you are an anti-science denier.

[…] Chelsea then says she is thrilled with the National Health Service’s decision to assign patients to single-sex wards according to the gender they identify as, instead of their biological make up.

‘How can you treat someone if you don’t recognize who they feel and know in their core they are?’ Chelsea says.

‘And I strongly support children being able to play on the sports teams that match their own gender identity,’ she adds. ‘I think we need to be doing everything we can to support kids in being whoever they know themselves to be and discovering who they are.’

At this point Hillary looks conflicted.

‘I think you’ve got to be sensitive to how difficult this is,’ Hillary says. ‘There are women who’d say [to a trans woman], ”You know what, you’ve never had the kind of life experiences that I’ve had. So I respect who you are, but don’t tell me you’re the same as me.” I hear that conversation all the time.’

Despite the clear tension in the room, the pair say they don’t argue about this topic.

But according to Aitkenhead, ‘I get the impression they don’t like to present anything less than a united front to the world.’

It sounds like Hillary Clinton is what the media would describe as a “virulent hate-filled transphobic bigot with a deep and abiding hatred of trans-women.”

For some reason, I don’t think the media is going to make a big deal out of it.