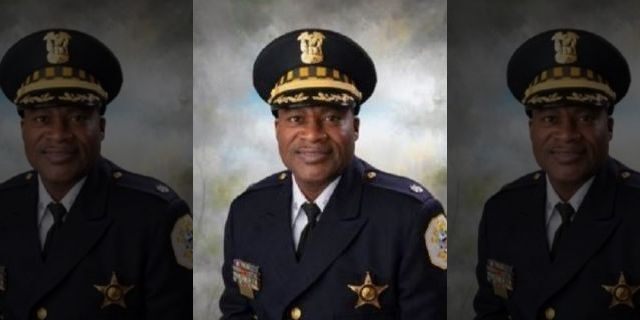 These aren’t the best of times for law enforcement.

Police officers are being attacked by the radical left 24/7. When we say radical left that includes the Democrat politicians.

Officers are being hit with weapons of all kinds while at the same time being stripped of their ability to defend themselves and protect law abiding citizens which is causing many officers to take early retirements.

This insane anti-police sentiment is also causing officers to take their own lives.

The Chicago-Sun Times reports that Dion Boyd, 57, died from a self-inflicted gunshot to his chest, according to the Cook County medical examiner’s office.

Boyd, a nearly 30-year veteran of CPD, was found unresponsive in his office Tuesday morning at the Homan Square facility on the West Side.

He’d been sworn in July 15 as deputy chief of criminal networks in a series of leadership changes by Chicago Police Supt. David Brown.

After news of his death, Brown told reporters “There’s really no way to convey or express the magnitude of this loss.”

“I am extremely saddened to share with you today the loss of a respected member of our command staff to suicide. We are shocked, saddened at the loss, and it’s deeply felt by me and the many colleagues and friends with whom Deputy Chief Dion Boyd worked and mentored throughout his career.”

A recent report by the U.S. Department of Justice found that Chicago’s suicide rate among officers was 60% higher than the national average.

It did not take a brain surgeon to see this one coming from a mile away. The Democrats seem to have made some ‘calculated’ decision to seemingly adopt a platform that includes defunding, or at the very least disavowing any support for law enforcement whatsoever. I’m unsure if this is on their written platform, but it sure seems to be the stance many Dems are taking these days.

It is beyond me how alienating the over 800,000 men and women who put their butts on the line day in and day out to keep our streets and businesses safe (and their families) would be considered a good idea. Never mind the fact that doing so is completely unethical.

Police are not perfect, but then neither are any of their critics.

“There’s something you should know about police officers… They know what people are capable of in ways that most, thankfully, do not.

“They have seen firsthand the cigarette burns on an infant’s back. Or, the black eyes and the sideways jaw on an eighty-year-old rape victim and they assume the worst.

“And they take that on so that good people can go about their lives and think generously about their fellow man. They provide that luxury.” – Frank Reagan

Our Condolences go out to the family, friends, and colleagues of Deputy Chief Dion Boyd. Please keep them in your prayers as they navigate their way through this terrible tragedy. Rest In Peace, Sir.